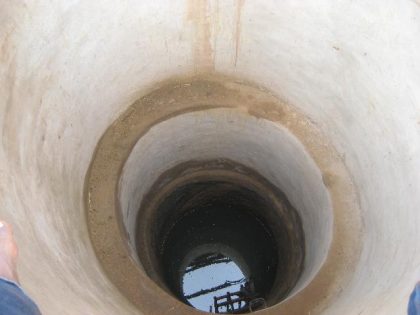 This project has been completed under the direction of Peace Corps Volunteer Tameisha Henry. To read about the beginning of the project, CLICK HERE.

The project was toconstruct a shallow well for the community.

The construction of the shallow well at Nguu – Makasa has been both labor and time intensive, but the end result was exactly what the community had been toiling for. The shallow well is 40 feet (12 meters) deep.

The digging was divided into weeks, in order to enable us to reach the water within the 4-week stipulated period. Week one was ground breaking and digging down to the 10th foot, as well as building the inner perimeter wall in order to make the walls of the well robust, and to avoid caving in during the rainy season. For this initial phase, the digging took three days and the building took another three days. This included the curing of the plastered walls of the well.

Week two saw the descent go from the 10th foot to the 17th foot. This was more difficult since we began to hit the rocky surface at the 15th foot. This slowed down the digging process since we had break and haul the rocks out of the well. With seasonal rains looming, we were forced to stop at the 17th foot in order to extend the protective perimeter wall down those 7 feet.

Week three started with a lot of promise since water had begun sprouting from small underground streams. This gave the team renewed vigor and hope. During this week, we managed to attain a depth of 27 feet. This was primarily owing to the change of rock strata, which now included sand and smaller stones. According to the experienced well diggers on the team, this was an imminent sign of the availability of water in the dig site.

Week four saw us reach the desired 40 feet, since the dig was much easier. With the water permeating the rocks, they became softer and easier to break. This also brought forth a new problem in the form of water clogging. We wasted a lot of time with this issue since water had to be manually hauled out with buckets. This took at least 2 hours every morning and half an hour after lunch breaks. To assist us with this effort, and ensure a timely completion, a community member let us use his generator-powered water pump. When we reached 40 feet it was decided that the water at this level would be sufficient, and fit for human consumption. The water was tested and it was determined that the salt levels were low and no water borne or prevalent microorganisms were found.

The actual dig proceeded on schedule and we were all very excited to begin using the well but we were faced with an unexpected challenge. The government initially promised to equip the well with a water pump but, upon completion, the government had not yet fulfilled their promise. We were forced to wait two months but they eventually brought us a manual pump which we were able to install. Now, water for the Nguu community is available, accessible, safe, clean, and free for all.

We wish to thank Tameisha for the great job and clear reporting on this vital project. We again wish to thank The Soneva SLOW LIFE Trust for providing the funding. 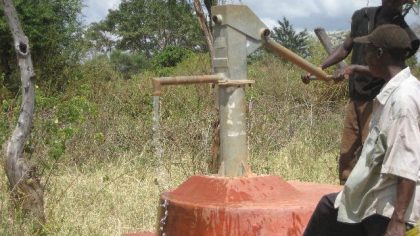 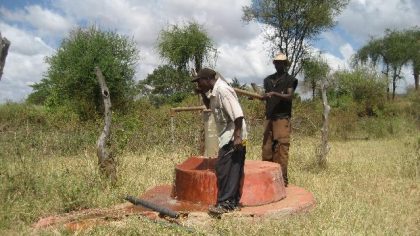 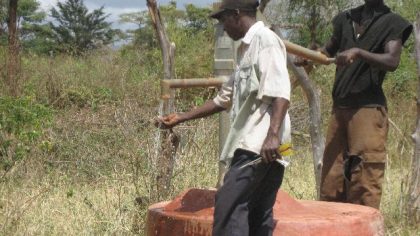