This project has been successfully completed, under the direction of Peace Corps Volunteer Gabriel Miller. To see the history of the project CLICK HERE.

The project was to construct an 11,000-liter ferro-cement tank for water storage in the community of Los Uveros, Altamira, Dominican Republic. It was the first tank built as part of the Ferro-Cement Tanks for the Dominican Republic and Haiti Program.

Los Uveros Water Tank
The 10,000 liter ferro-cement water tank in Los Uveros was completed successfully on June 29th, 2010. The tank was the first of three water tanks completed as part of a training for several Haitians that will continue building ferro-cement tanks in Haiti. The tank took five days to complete. A brief outline of the process of the tank construction and training is included below.

Preparation:
The week prior to the tank training all of the materials were purchased. The area for the tank was cleared and prepared. The sand and gravel were moved to the site. Due to the poor quality of the purchased sand, all of the sand had to be washed. It is important for ferro cement tanks that the sand be well washed. Silt and clay in the concrete mix can cause weaknesses. In addition, all of the plumbing for the tank was prepared beforehand.

Day 1:
During the first day of construction a 10 cm thick concrete floor for the tank was installed. All of the plumbing is buried in concrete beneath the floor, including the intake, outtake, overflow and cleanout. After completion of the floor the chicken wire and rebar wall was assembled. The wall uses a rebar mesh for the form of the tank and chicken wire tied on both sides of the wall, which provides tensile strength in the tank wall. Work was finished slightly early on the first day due to heavy rains that came.

Day 3:
During the third day of construction a second layer of sifted course sand were put up on the inside and outside of the wall. The inside layer includes an additive, called Sika-1, to help make the concrete mixture impermeable. A float and sponge were used on the outside layer to finish it for aesthetics.

Day 4:
Two more layers were added on the inside of the tank during the fourth day of construction. This includes a layer of fine sand and cement with the Sika additive and finally coat of pure cement. The final coat of pure cement helps seal any cracks that might have formed in the concrete. After the final two coats on the wall a thin mixture of fine sand and cement were also layered on the floor. Since time was still remaining on the fourth day, a stone masonry valve box was also constructed.

Day 5:
During the final day of construction the roof of the tank was completed. First a structure of sticks and tree branches was constructed within the tank to support the roof. On top of the stick structure palm leaves were used (instead of plywood to save cost) to provide a surface to support the concrete roof. As with the walls, a chicken wire and rebar structure was created to provide the roof concrete with tensile strength.

We are grateful to Gabriel and the entire crew that helped in the construction of this water storage tank. It is a pioneering effort that demonstrates a number of factors, including the organizational approach, the technology, and the training aspects.

As the project was a complete success on all levels, we were able to proceed immediately to undertake the second tank in the series, the El Brison Water System Project – Dominican Republic.

We again wish to thank Henry Polgar, on behalf of the Panamerican-Panafrican Association (Japan office) for the generous contribution.

We also extend our thanks to The Soneva SLOW LIFE Trust for providing matching funds for this project. Without their commitment, this project, and the entire ferro-cement tank program, could not have become a reality. 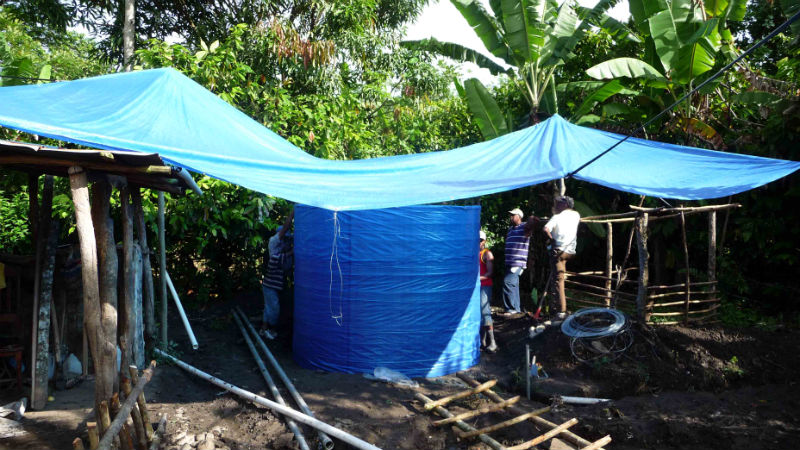 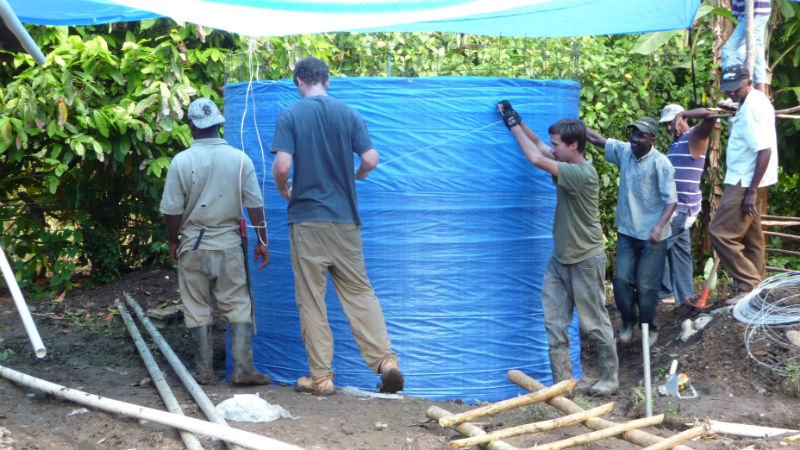 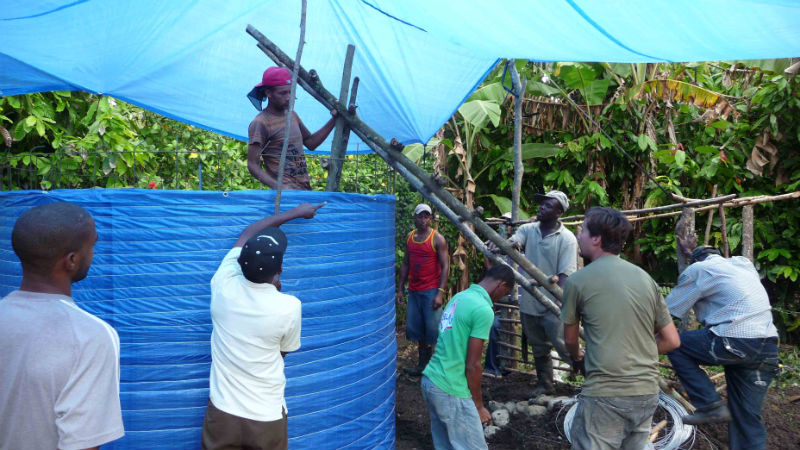 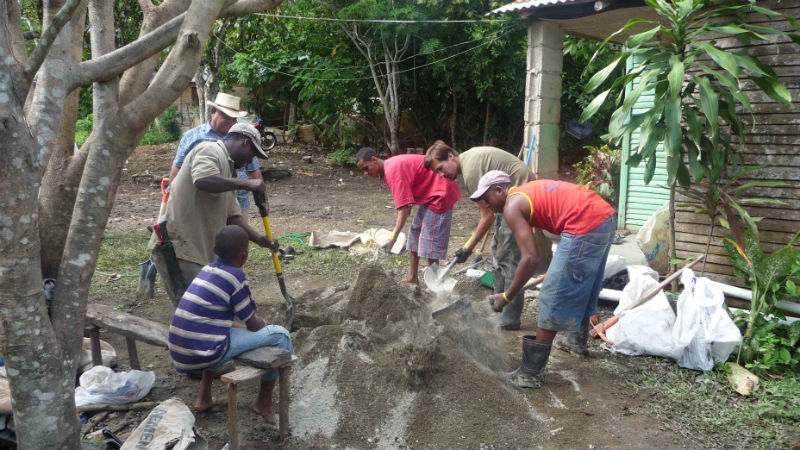 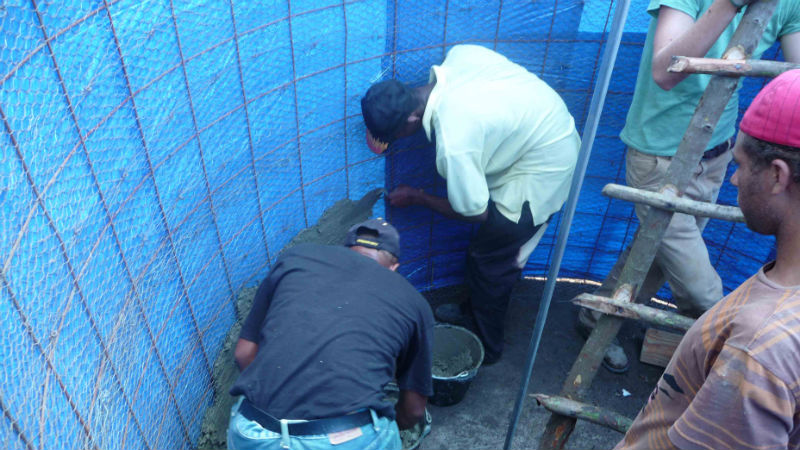 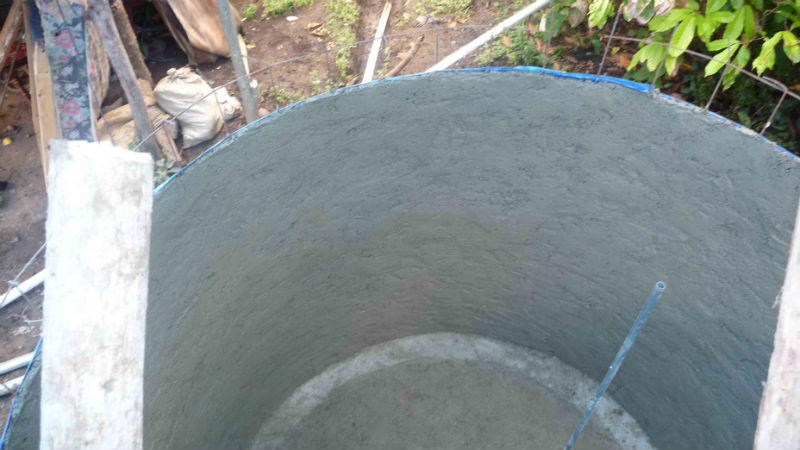 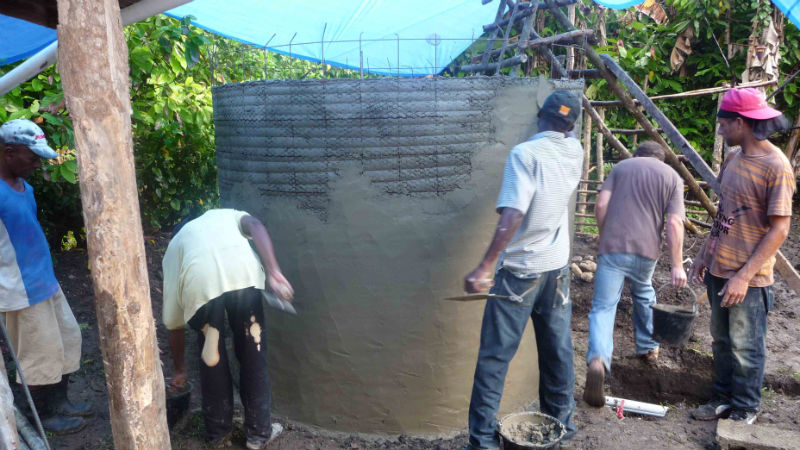 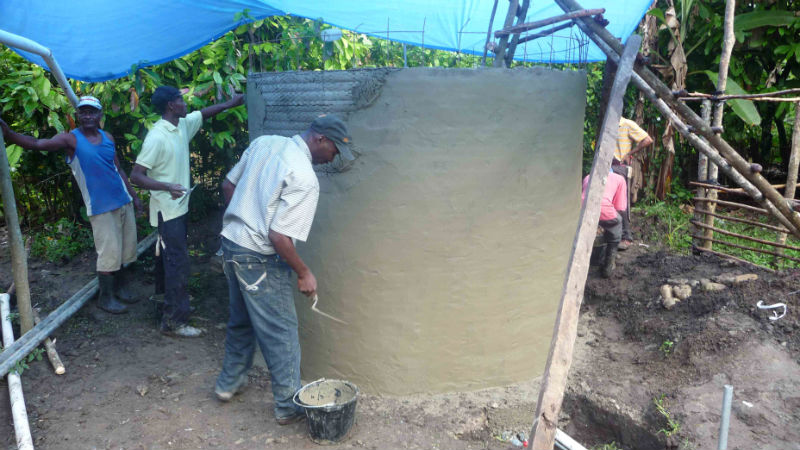 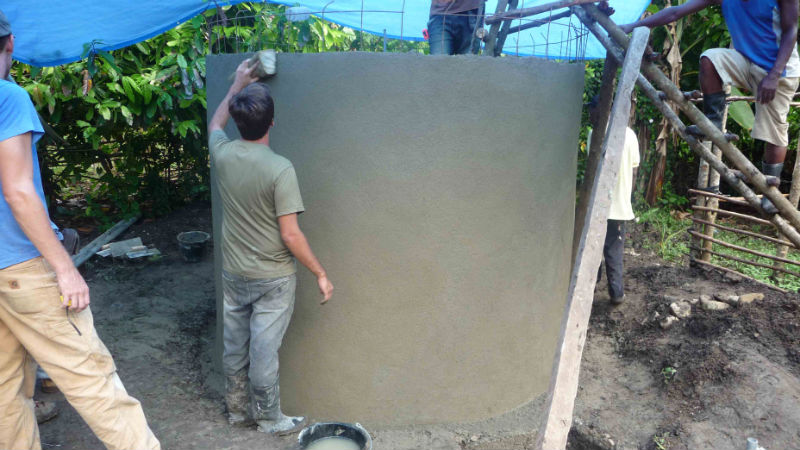 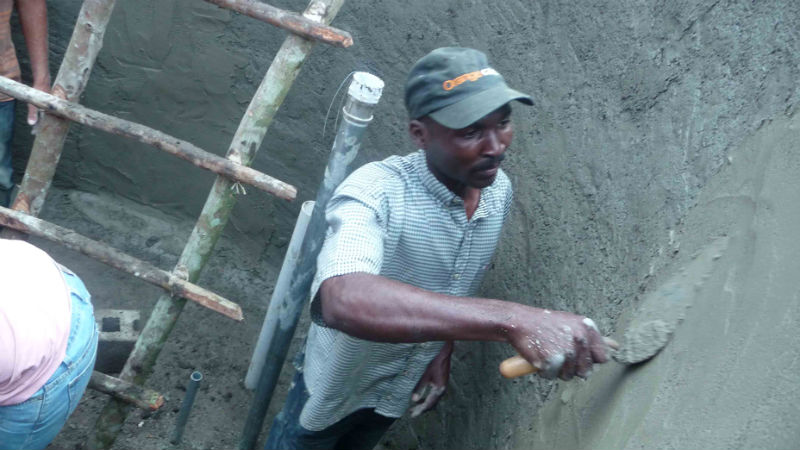 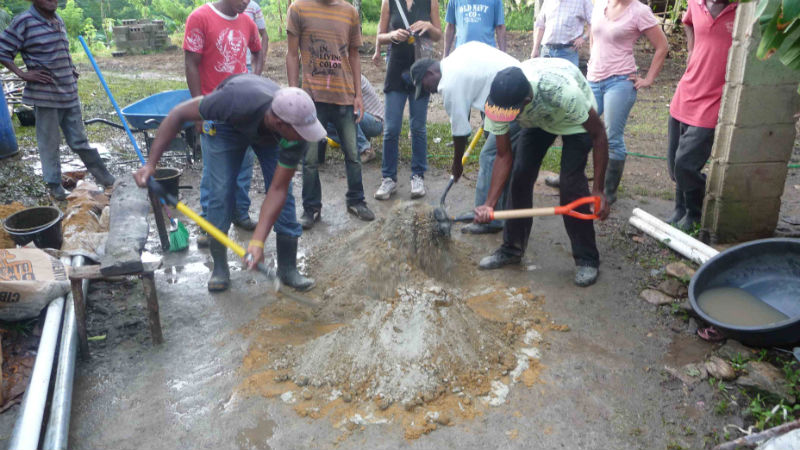 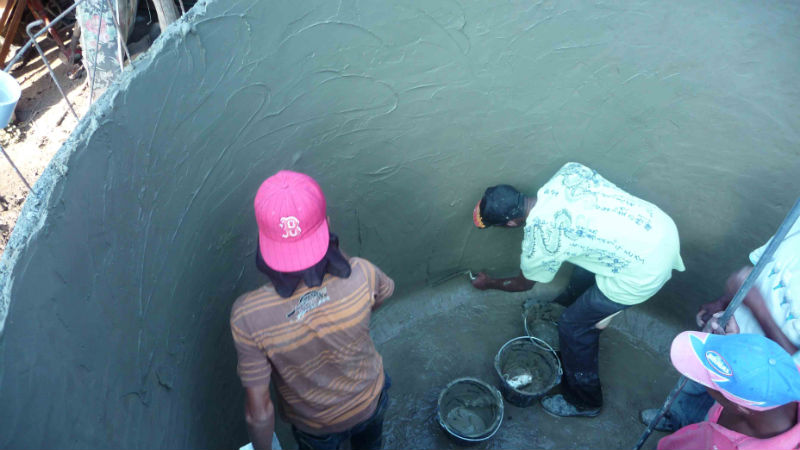 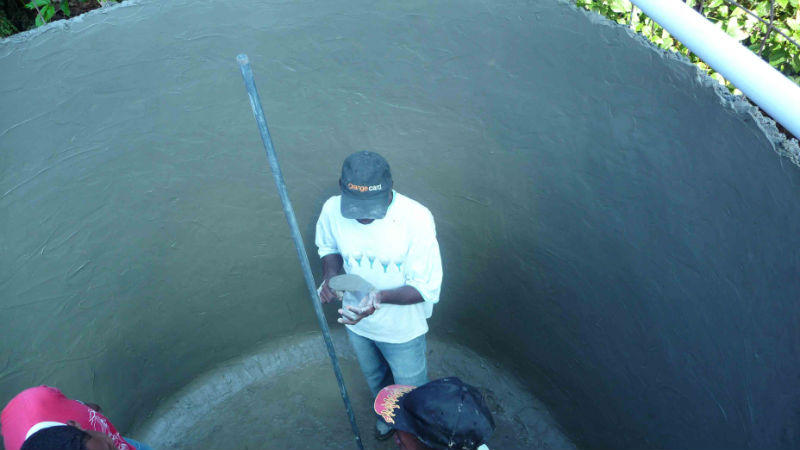 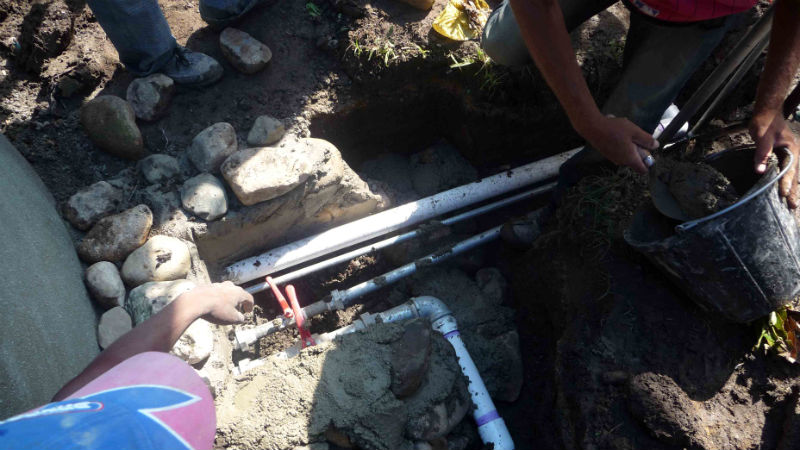 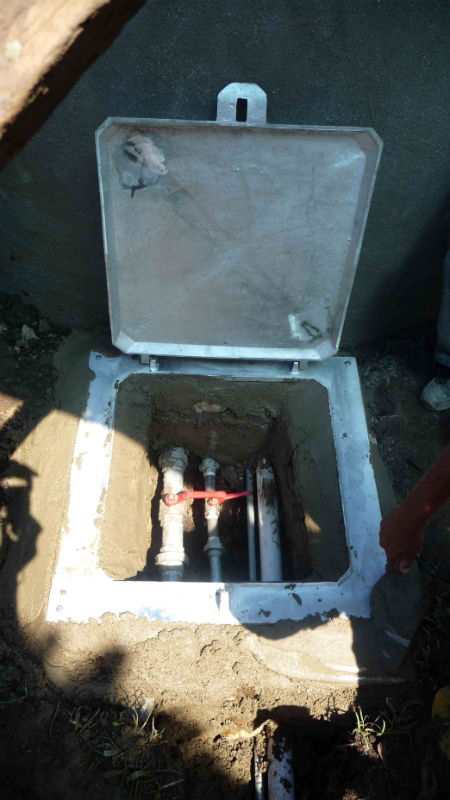 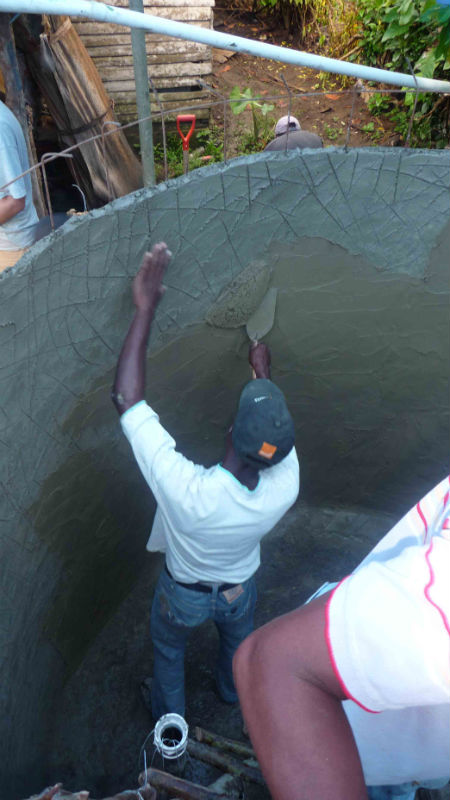 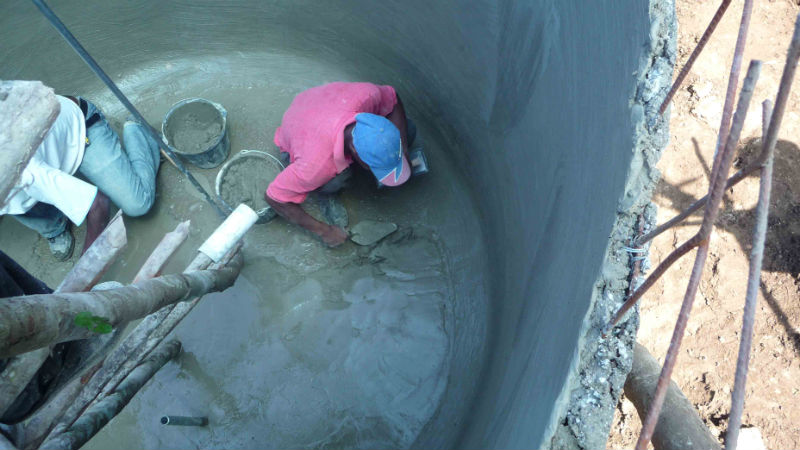 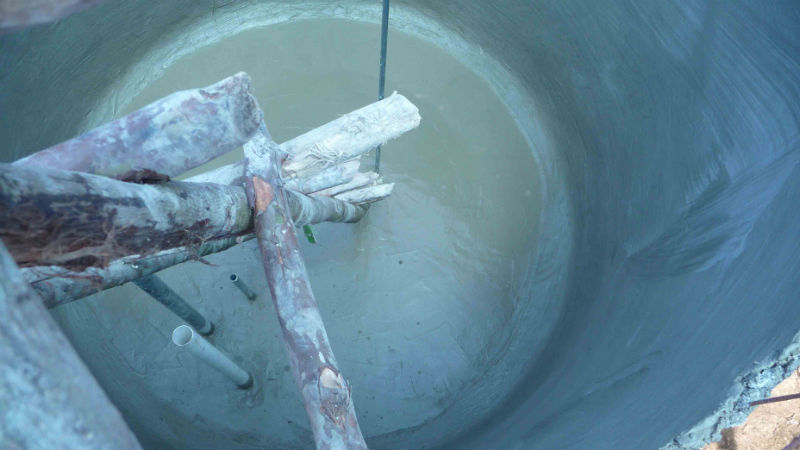 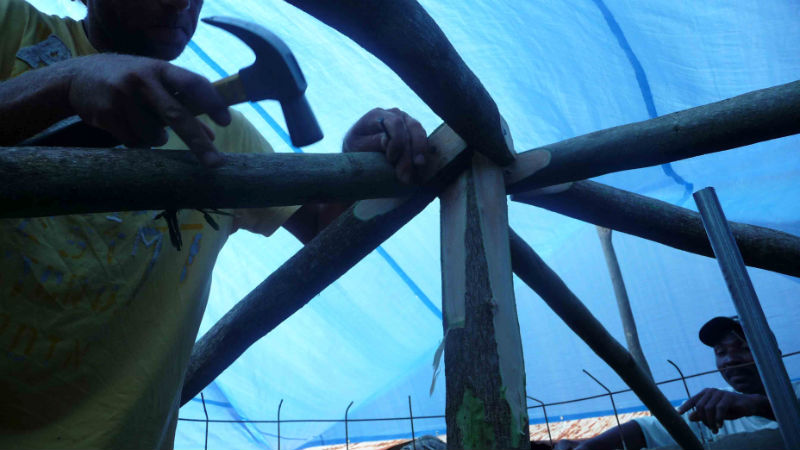 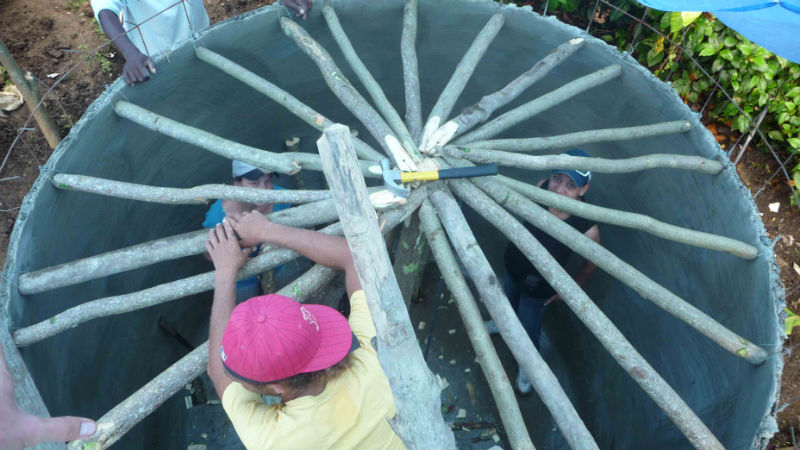 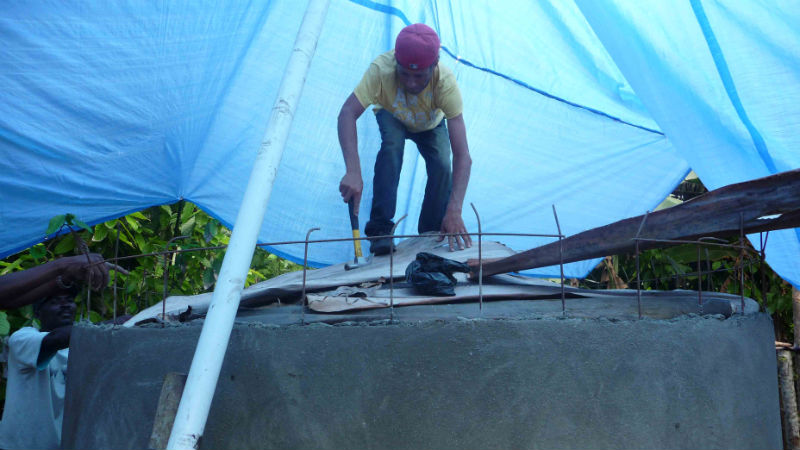 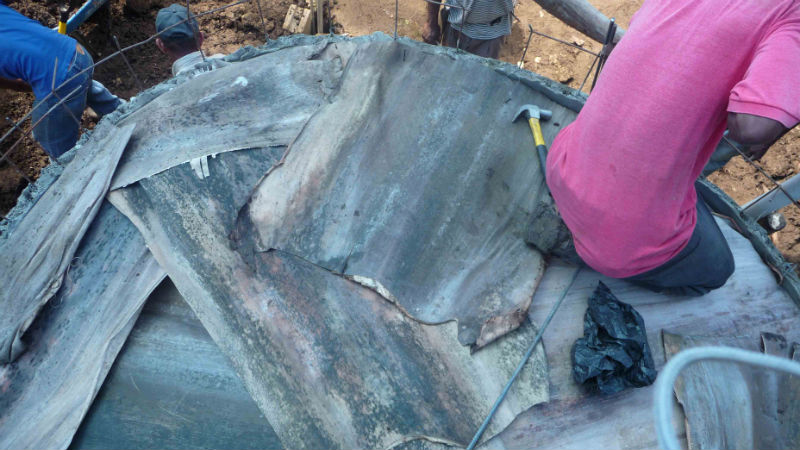 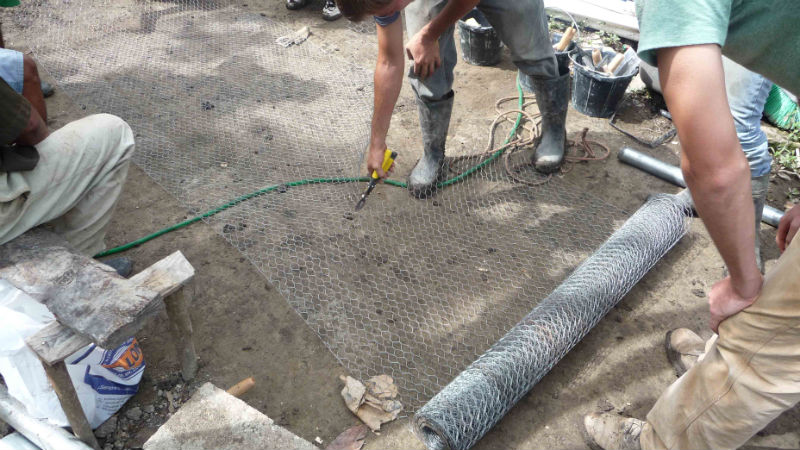 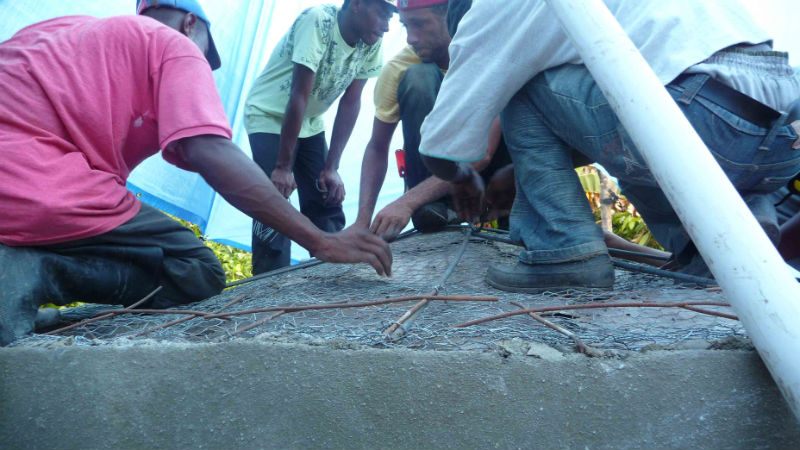