The project was to refurbish two wells in Keur Daouda Cisse. 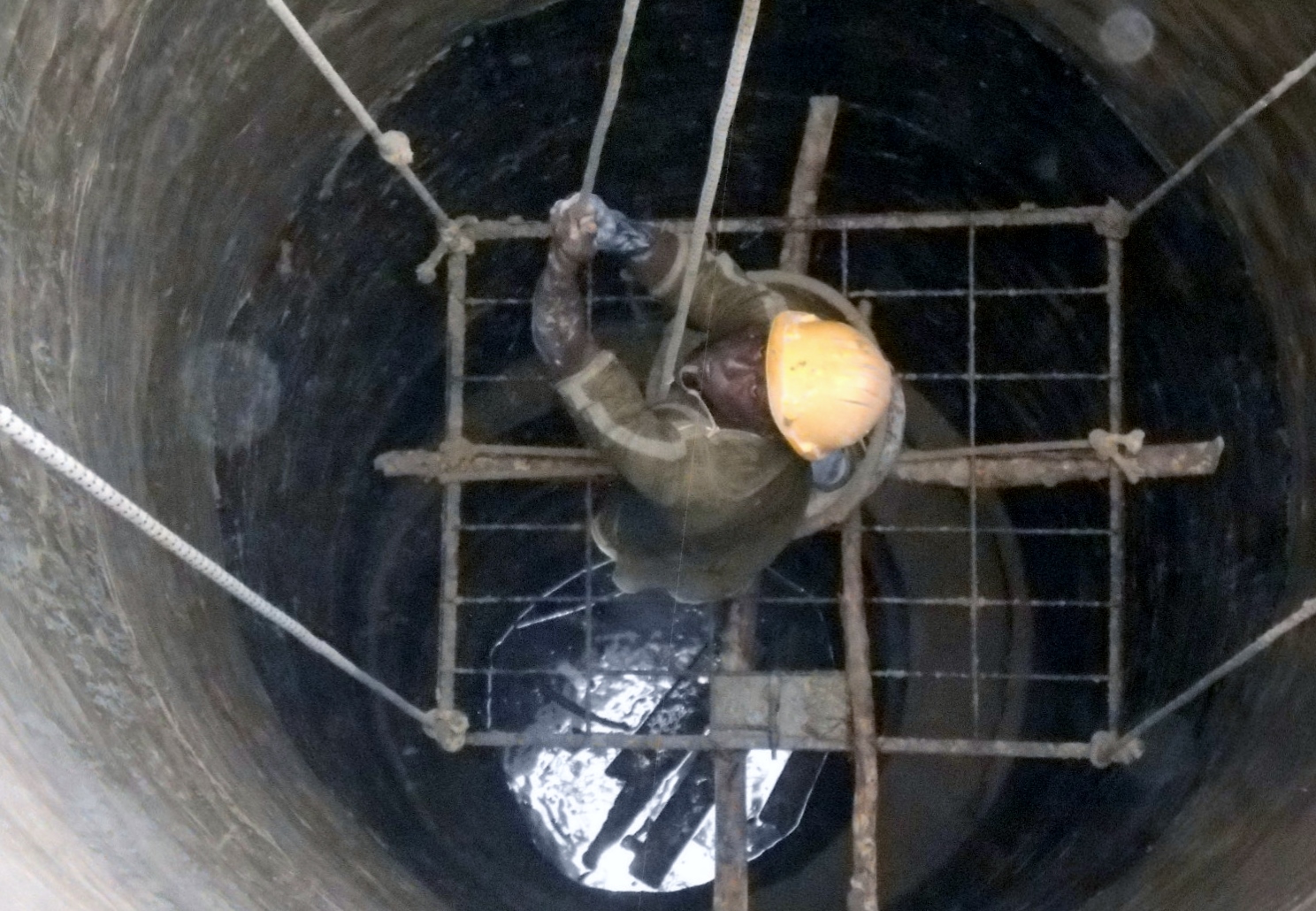 WELL NUMBER ONE
The Problem
This well was old and crumbling, although, as the only functioning well in village, it remained in constant use. Water from it presented with floating tissue and other solids. Chunks of the interior walls were disintegrating and dropping into the water.

WELL NUMBER TWO
The Problem
This well is located on the far side of the village. Relatively newly built, and still in good shape, this well was not functional due to the fact that even at 21 meters deep, it was not dug deeply enough to provide water throughout the year. It remained idle for years due to lack of village funding to dig it deeper.

Water Charity-funded repair
A well specialist and his team of 3 rented a pump and removed enough sludge and water to allow constant digging and floor removal until what presented was an acceptable minimum of clear water. The walls of the newly dug were fortified with rebar and cement. A new pulley system and bucket were applied to the structure, and the well is now fully functional. The head laborer etched the well’s repair date onto the well edge: “May 28, 2014.” 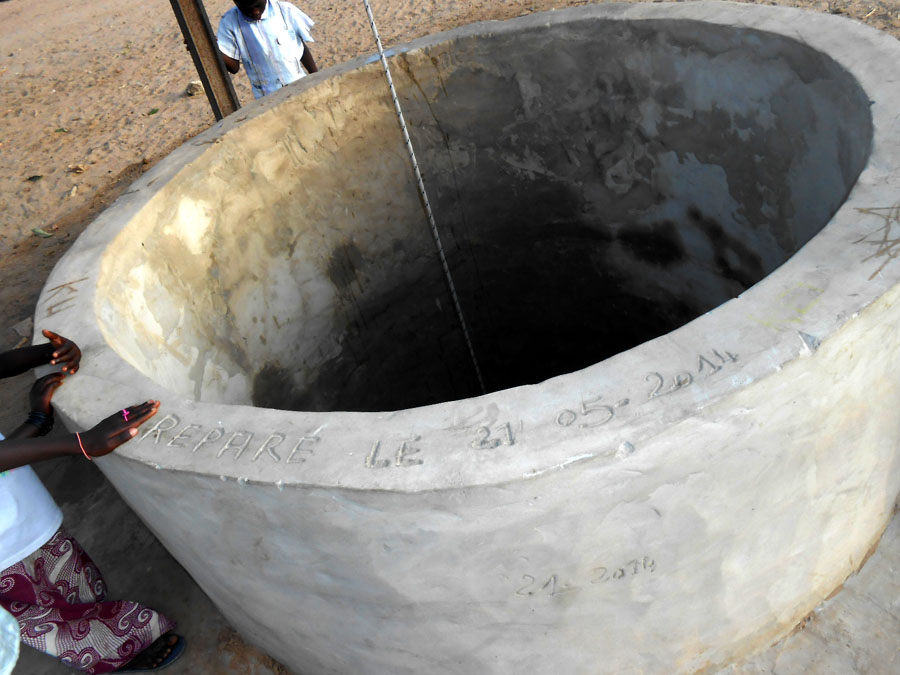 Both wells are now highly functioning and in use by very appreciative villagers.

Water Charity was fortunate to be able to visit Karen and see the wells as the project was being implemented. We extend our thanks to Karen for her excellent management of the project, and look forward to working with her on other needed projects in her community.

We again extend our thanks to the SLOW LIFE Foundation for providing the funding for this project, and for their continuing support of the work of Water Charity.

We again express our gratitude to Community Voice International (CVI) for their work in recording and selling the music of the village, and contributing back the proceeds as a part of the community participation in the project .