This project has been completed under the direction of Peace Corps Volunteer Emily Tran.

The project was designed to add 12 latrines in the village. In actuality, 30 were achieved!

The project has been completed. There are now 24 new directly-dug latrines in the village, and all of them have been covered by millet “sacket” fencing, so that people are able to use them throughout the rainy season. In addition 6 previously used covers were moved to new holes, bringing the total number of latrines to 30.

Originally, the project budget was written for 12 cement-lined latrines of 2 x 2 meters. The plan was revised to instead build 24 unlined latrines, a design which is adequate for the region. The same quantity of cement was used, with the cement saved from the linings going to additional covers.

The dimensions of the holes were changed to 1.5 m x 1.5 meters and increased in depth so as to reinforce the durability of the covers.

The mason estimates the life of the covers to be between 10 and 20 years as a result. When the latrines fill up, they can be sealed, new holes will be dug, and the covers can be moved onto the new location.

The villagers were extremely happy with the decision to increase the number of latrines, as it meant that more people will have easier access to the latrines than originally planned.

As a part of the project, 6 previously-made latrine covers were contributed as well. Some time before I arrived in village, an NGO had donated 6 latrine covers to the village. Those latrines since filled up and became unusable, but the covers were still viable. While the village was completing digging the holes, they included these additional 6 in the count of final latrines.

The final stage of the project involved a short talk by our community matrone, who has helped me with various projects over the course of my service and agreed to come talk to my village about the value of using the latrines to their health.

We are grateful to Emily for completing the project, and again wish to thank the Elmo Foundation, with the help of Emily’s friends and family, for providing the funding. 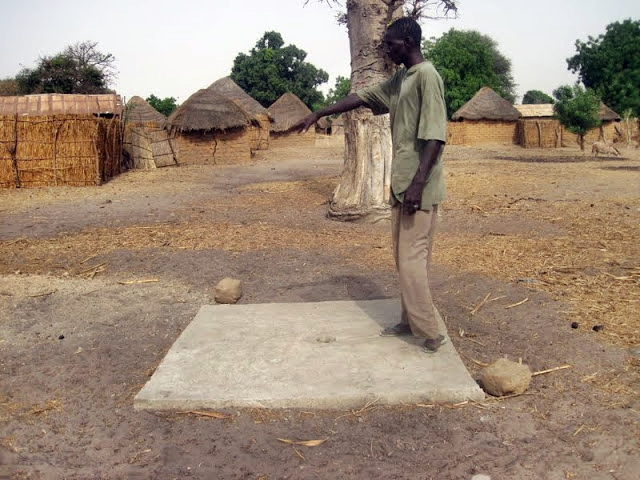 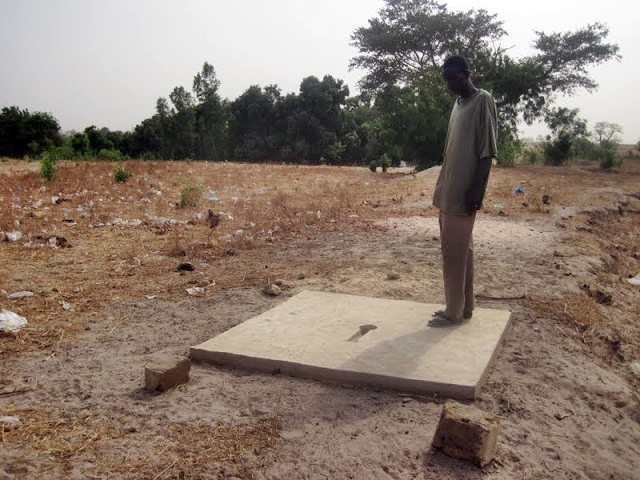