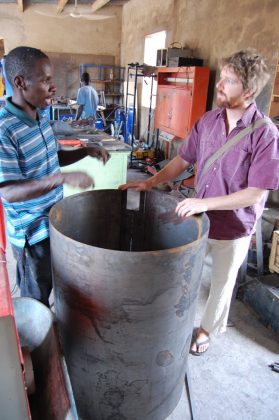 This project has been completed under the direction of Peace Corps Volunteer Matt McLaughlin. To read about the beginning of the project, CLICK HERE.

The project was to fabricate a mold for casting concrete bio-sand filters.

In January of 2010, I began discussing with Ibrahima Gueye (then director of the UAP – a technical college) the possibility of locally fabricating bio-sand water filters. At a finished cost of 15,000 FCFA per unit (not including labor) they were an economical solution to the problem of household potable water availability in areas where river/stream water was available year-round, but the water quality was poor. Alternative filtration systems cost roughly 22,500CFA ($45) for a filter capable of filtering roughly 4 liters per hour and availability was poor.

With a $500 grant from Water Charity, I worked with Ibrahima and his assistant Moussa at the UAP to design and fabricate a metal mold that would allow me to cast the concrete filters. Though there were existing blueprints for mold designs available online, both Ibrahima and myself were concerned that they were too difficult to manufacture for the level of expertise of the average metalworker in Senegal. Metalworking is a common profession in Senegal, and if a mold could be designed which could be manufactured using existing common tools, it would be much easier to achieve sustainability with the project.

The first mold Moussa and I built used .7 mm sheet metal which was at the thick end of the range of commonly available gauges. With this mold we were able to cast 2 filters, 1 in Kédougou, and 1 as a proof of concept shown to the all-volunteer conference in Dakar. (NOTE: the raw materials for the filter made in Dakar were not purchased with Water Charity funds). Though the molds did work and resulted in functioning filters, the metal was slightly too thin, which resulted in a deformation of the filter during the casting. This deformation did not affect the functioning of the filters. However, it did increase the amount of cement used – and thus the cost – of the finished filter.

During the second casting with the mold in Dakar, a handle broke off and Moussa and I decided to remake the mold out of a higher gauge sheet metal with better-attached handles. This set back both the project schedule and budget and it was not until late April that we were able to resume.

In April of 2010, I worked with the Village Chief in Pellel to cast a third filter with this new mold. This was our first attempt to transport the mold using local transportation – in this case, a donkey cart – and despite the increased gauge, the transport damaged the mold. Upon arriving in Pellel, we were forced to bend the mold back into the form using local tools before casting the filter – which created its own set of problems with the mold becoming significantly difficult to remove from the filter because of friction created by multiple small bulges.

From Pellel, the mold was transported to Segou where they were in the process of building a tourist lodging house that would need water filtration for its customers. With malaria season upon us and a large-scale bed net distribution to coordinate, I left the mold and enough raw materials for one filter (the last of our budgetary resources) in the possession of the Segou community group.

In the interim between the January 2010 genesis of this project and my leaving the country in August, a manufacturer in Senegal began producing locally and distributing widely charcoal-filled ceramic candle filters. These new filters were significantly less expensive than the competing filters on the market when the project began – $25 completely assembled. The Segou community group opted not to cast the bio-sand filter, and instead to use individual ceramic candle filters for their lodging house.

Matt reflects on the future of the bio-sand filter:

Though bio-sand filtration is no longer economical in Senegal at the household level, one of the great advantages of the technique is that it scales well. A larger bio-sand filter (1 to 1.5 meters across) could be built out of commonly available cement bricks, and filter enough water for an institution like a school or campement easily – and the lessons learned from the household filters should go towards that end. At the time I left Senegal, the UAP was working with a volunteer in Kédougou on the design of an industrial-size filter suitable for the local middle school.

Our main task at Water Charity is to help implement tried and proven appropriate technology in order to have an immediate impact on as many people as possible. However, at times we feel obligated to pitch in and help extend the boundaries in search of new and meaningful technologies that may have an impact in the future.

These experimental explorations amount to less than ¼% of all of our projects. Although we are left with no immediate tangible results, we feel it is necessary and worthwhile. We personally absorb these losses as part of our contribution to the good of the organization and to future discovery. 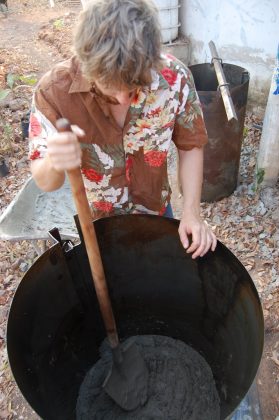 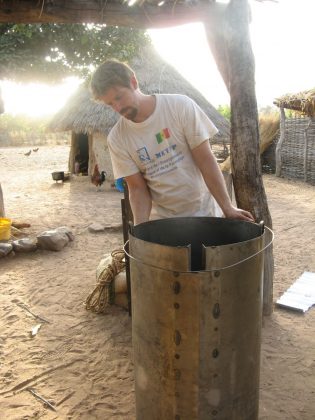 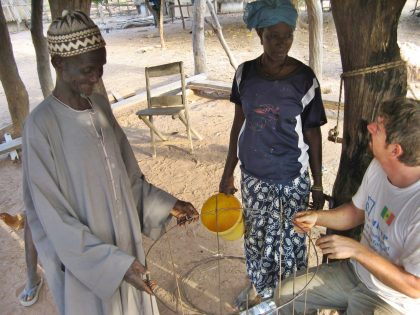 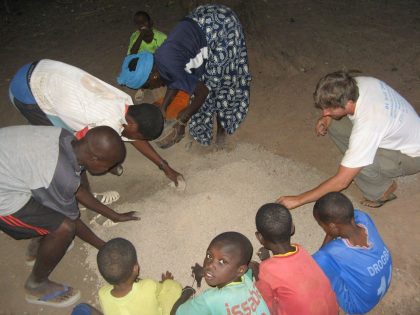