This project has been completed under the direction of Peace Corps Volunteers Lussia Kamberian and Ryan Weber. To read about the beginning of the project, CLICK HERE.

The project was to repair the pump on the shallow well and restore it to functionality. 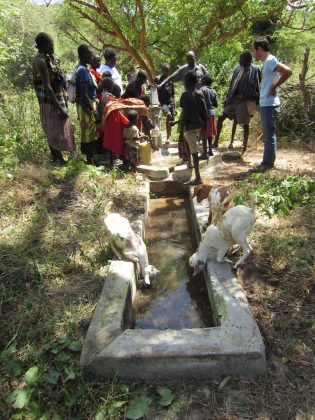 The Katumen shallow well has been repaired and is fully functional! The Katumen community was an absolute pleasure to work with. Even though we chose a water committee, the entire community took it upon themselves to be involved and learn about repairs and maintenance. Ryan and I were both able to see the enormous impact this access to clean water has made. Their gratitude and complete involvement was felt and seen throughout the entire project.

Afterward we provided the community with refreshments, and while they were enjoying their sodas, we conducted out trainings on water borne diseases and how they are contracted. We also trained Katumen on diseases that arise from lack of sanitation. Our Field Coordinator translated our trainings from English to Pokot, the local tribal language.

Ryan and I procured the parts that were outlined during the first visit, and had to travel as far as Eldoret, which is almost four hours away, to acquire them. During our second visit we completed the repairs along with the water committee, and had clean running water immediately!

It was wonderful to see how the children were helping clean the area around the well, and trough attached to well, in preparation for the coming water. The whole community cheered as soon as the water started flowing, and everyone waited anxiously for their turn to drink the clean water.

After the well was repaired Ryan and I conducted the second round of health trainings, and handed out some refreshments. We also provided the community with ideas on how to collect funds to repair the well in the future. They accepted Ryan’s idea for each community member to donate several ears of maize, which can then accumulate to a couple of sacks of maize. At the local market, each sack can sell for about 3000-4000 Ksh, about $35-$45. We made sure they all understood that we would not be repairing the well again, and that the well was their responsibility to maintain.

The village elder spoke at the end of our meeting, blessed our team many times, and informed us that he would be guarding their well every day to make sure no one misuses it. He also explained how happy he was now that the women of his community were able to fetch water within minutes, instead of spending hours collecting water from the sand dam.

Before we left, the village elder said that as a way to show their gratitude, the community has decided to give our team a sheep. We were so grateful for our gift, and the community action that was present within Katumen. We truly know that Katumen has taken ownership of their well, and have also learned the importance of drinking clean water and proper sanitation.

We are grateful to Lussia and Ryan for completing this, their second, pump repair project. We are able to see through their work the remarkable impact that a simple project can have on a community. 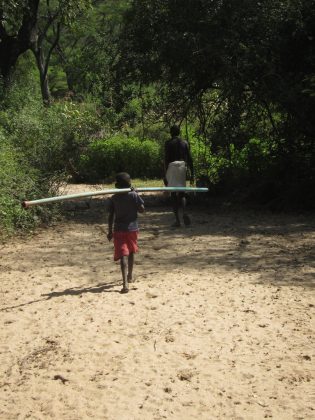 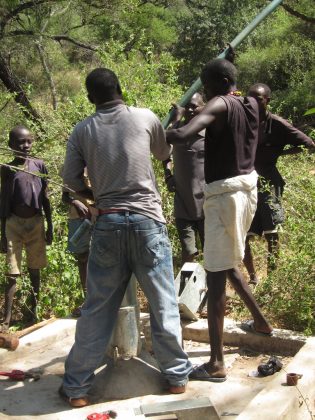 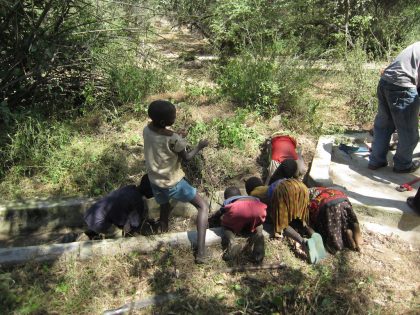 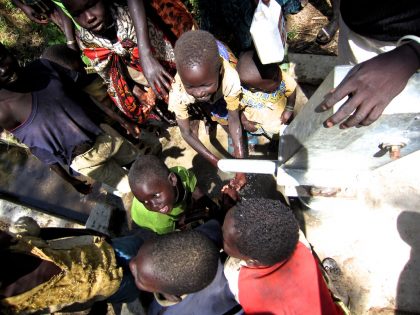 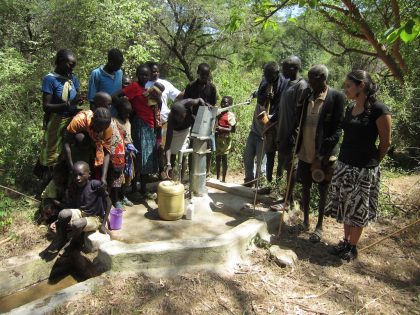 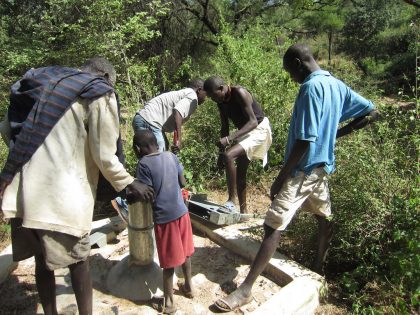