The project was to build a public bathing, washing, and toilet facility (MCK) on village public land.

Bu Ana, a teacher at my school whose family lives in Kanorejo and who helped co-ordinate this project, managed the funds. We set up a meeting with the village Mayor (kepala desa) and other officers of the village.

A week or so later I rode my bike to the village to see how things were progressing. The foundations had been poured, many of the materials delivered, and the men were hard at work. Although the original plan was that the local villagers would be contributing all the labor, it was decided that a professional mason and his helper needed to be hired to make sure that the building was properly constructed. All the other laborers were volunteers from the village.

During this visit many of the families who will be using the facility came by to meet me and thank Water Charity for making this possible. They showed me the open stagnant water pool that they have been using for defecation. The new facility is nearby, so they will not have to walk any further than before.

Two weeks after that, the facility was finished. There are two rooms with a tub for holding water and a squat toilet in each. There are also two septic tanks so that they will not have to be emptied as often.

Because the project cost a little more than the amount we received, the Mayor, village office, and villagers all pitched in what they could to make up the difference.

The village has also arranged with the local “dalang” (who performs “wayang”, the ancient Javanese traditional shadow puppet theatre) to include a short skit encouraging better sanitation practices during the annual Kanorejo wayang performance which will be in September in the village square. Wayang performances start at 9:00 PM and continue until dawn and often include scenes about contemporary subjects, performed by traditional characters who are able to offer commentary..often very funny and satiric…about things in the news. They are called “Panakawan” and include Semar and his sons Gareng, Petruk, and Bagong. This idea came out of our work on this project and will reach the entire village of Kanorejo….hundreds of people.

The people of Kanorejo join me in thanking Water Charity and all who contribute to its work.

We are grateful to Mary for completing this project, and again wish to thank all who have donated to date. 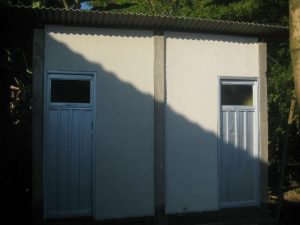 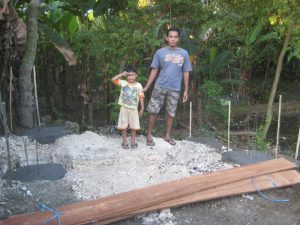 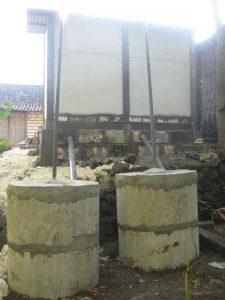