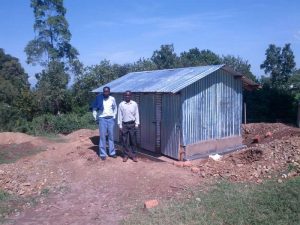 This project has been completed under the direction of Peace Corps Volunteer Ben Switzer. To read about the beginning of the project, CLICK HERE.

The project was to build a new latrine on the school compound.

The project has been completed.

The secondary students were sharing facilities with the primary school students, and the school was lacking two latrines. The major scope of the project was to build a dual-sided (8-door) latrine for the secondary school.

The process started with pit digging. The excavation of a 7 ft x 13 ft x 25 ft pit was performed before any construction on the building occurred. This was the stage that caused the most problems because we are in the rainy season.

After the completion of the pit, the foundation stage began. The foundation was constructed over the pit. The foundation took several days to dry because of the daily rains. However, after drying the process went swiftly.

After the walls were constructed, the rafters of the roof were erected along with iron sheet roofing. To finish the latrine, 8 doors were installed.

Now that we have finished our project, we have a fully functional latrine that we are no longer sharing with the primary school, vastly reducing waiting time.

We are grateful to Ben for completing this important project, which greatly improves the sanitation facilities at the school. We again wish to thank the Paul Bechtner Foundation for providing the funding. 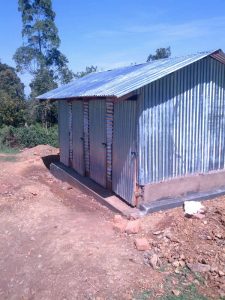 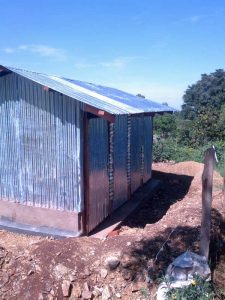