This project has been completed under the direction of Peace Corps Volunteer Amanda Grossi.

The project was to build 7 pit latrines in Kabacoto.

The latrine project of Kabacoto successfully constructed 7 pit latrines to improve the hygienic conditions of 8 families in the village.

Because the community members expressed a desire to increase the longevity of their latrines, pit latrine holes dug by each family were dug deeper than the expected 2 meters, with most latrines having depths between 4 and 5 meters. This also increased the length of time required to complete the project.

With regard to the progression of the project, each benefiting family made its local contribution successfully by digging its own latrine hole and providing the sand and water for the brick-making throughout the construction process as originally planned.

After the purchasing of supplies from the regional capital of Kaolack and nearby towns by the Peace Corps volunteer with the generous lending of horse carts by village friends for transport, the project was largely carried out and managed by local village leaders.

Under the supervision, guidance, and direction of a local counterpart, Bocar Diallo, a team of masons organized chiefly by a respected local village mason named Amadou Barro successfully molded the cement bricks, lined each of the latrines accordingly, completed the standing platforms with cement and metal rods for reinforcement, and installed the PVC piping extending from each pit latrine for aeration.

Lastly, upon completion, families constructed fencing out of sticks or dried millet stalk around their new latrines for security and privacy.

In this manner, thanks to the generosity of donors including friends and family, as well as the Elmo Foundation, a total of 105 people, including 56 adults and 49 children now have improved access to improved health and sanitation.

The families expressed gratefulness to be a part of the latrine project with floods of “thank you”s, smiles, and kisses on the cheek to the Peace Corps volunteer which I can now only pass on through words to the kind people of Water Charity and the Appropriate Projects Initiative. A million “jerengeenjeff”s and “on jaraama”s (“Thank you” in the local Wolof and Pulaar languages, respectively) from the village of Kabaocoto!

Best wishes to you and all that you do.

We are grateful to Amanda for completing the project, and again extend our thanks to the Elmo Foundation and to Amanda’s friends and family. 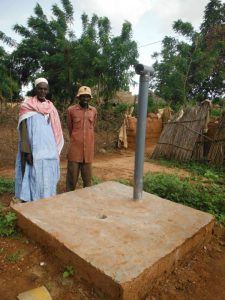 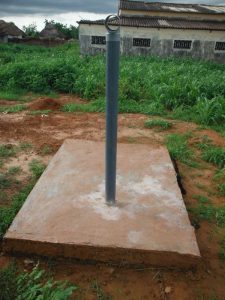 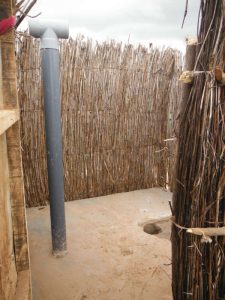 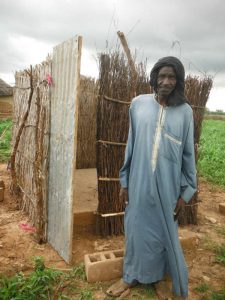