This project has been completed under the direction of Peace Corps Volunteer Sonia Morhange.

The project was to build a centrally-located, 20,000 liter water tank to provide clean water to the residents of the village.

Project Planning
Imena village, located in the Kimironko Sector of Kigali, Rwanda, was in great need of a reserve water tank for the dry season. The water tank supplied by Rwanda Water and Sewage Corporation (RWASCO) would be shut off for several days, forcing the inhabitants of Imena to fetch water from the swamp nearby. The water from the swamp is very unsanitary, and had been known to lead to diseases in the village. The members of Rwandan Evil Fighters Through Talents (REFTTA), a very active youth group in the village, expressed great interest in creating a reserve water tank that would be easily accessible to the inhabitants of Imena.

The members of REFTTA and I walked throughout Imena and asked the people who lived there what their needs were in terms of water supply. I then sat down with REFTTA and together we created a budget and concluded that we needed to begin the project by obtaining an appropriate plot of land, building materials for the tank, and village laborers who were willing to volunteer. The recognition and $500 generously funded by Appropriate Projects was enough to complete this crucial part of the project. The members of REFTTA announced to the village the logistics of the project. Several people from the neighborhood volunteered to assist. These volunteers negotiated prices for the supplies needed for the piping and tank stand. Some of the members of REFTTA were trained in plumbing and were able to help make measurements, set up the piping and build the stand.

Challenges
The materials were obtained quickly. However, we were confronted with several bumps in the road to achievement. The plot of land we originally planned on using turned out to be too far and too rocky. The members of REFTTA then found a more appropriate plot of land. We spoke with the District Office, and the officials there approved of this new plot of land. However, once they began building, a woman approached us and claimed that this was her land. We spoke with the District Office about this, and after a long period of time, the Executive Director visited the site, and concluded that the woman’s land designated in her contract did not include the section we were building on. The land was then agreed upon, and the volunteers were able to complete their work.

End Result
The piping, connections, and stand to hold a 20,000 liter water tank have been built and maintained. The building materials are sturdy and the metal is rust-resistant due to a sealant. The land is clear, and the stand is now ready for a tank. A plastic tank is all that is needed now. The members of REFTTA are currently using their connections in Rwanda to fundraise for the tank itself. Since the land has already been designated, the materials have been purchased and the construction is complete, individuals and organizations are more willing to donate funding as the first and most crucial steps of the overall project are complete. Imena village has seen that with some funding and community collaboration, they are able to create a sustainable change. We are very thankful to have been given this opportunity to improve the health of this neighborhood. 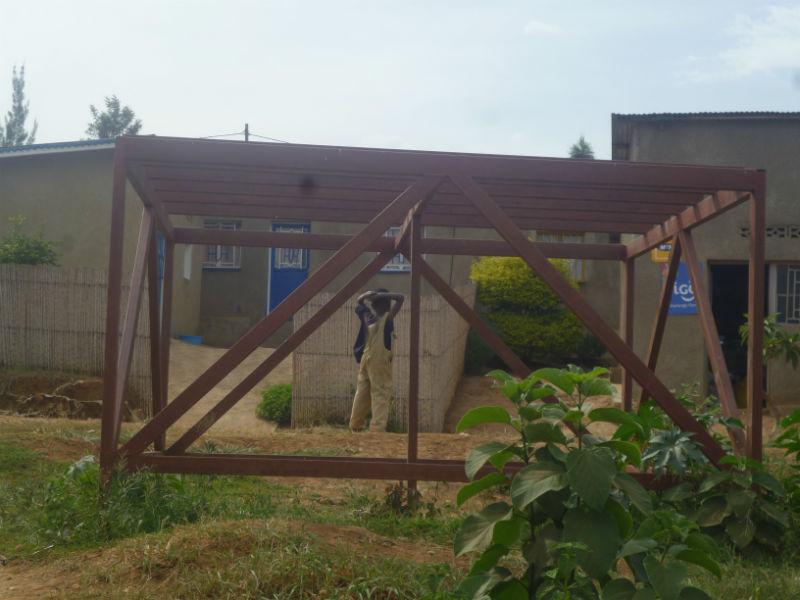 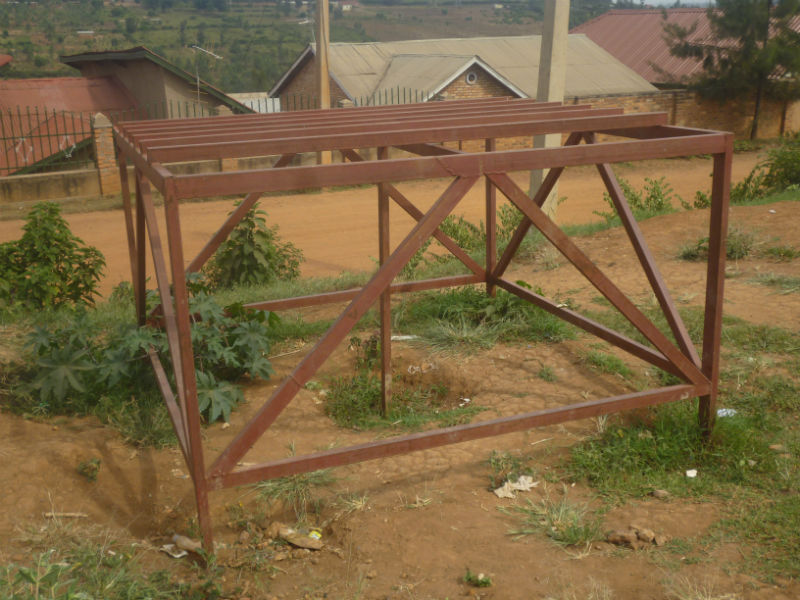