This project has been completed under the direction of Peace Corps Volunteer Matthew Fuller. To read about the beginning of the project, CLICK HERE.

This project was to construct dry ecological bathrooms at households in the villages.

All bathrooms in the project (19 in total) are built, but we’re making some minor repairs with leftover funds. The final phase of the construction and the monitoring of the bathrooms are currently being led by Jake Silverman, who replaced me in November 2011. I’m still in Peru with the Peace Corps, working as the volunteer coordinator for the WATSAN program.

We started with 25 families in September 2010, and finished the health talks in March 2011 with 22 families completing this health education and promotion portion of the program. During that time, we were meeting with families at their homes on a bi-weekly basis to check in with them, and see what changes were actually occurring in the household. 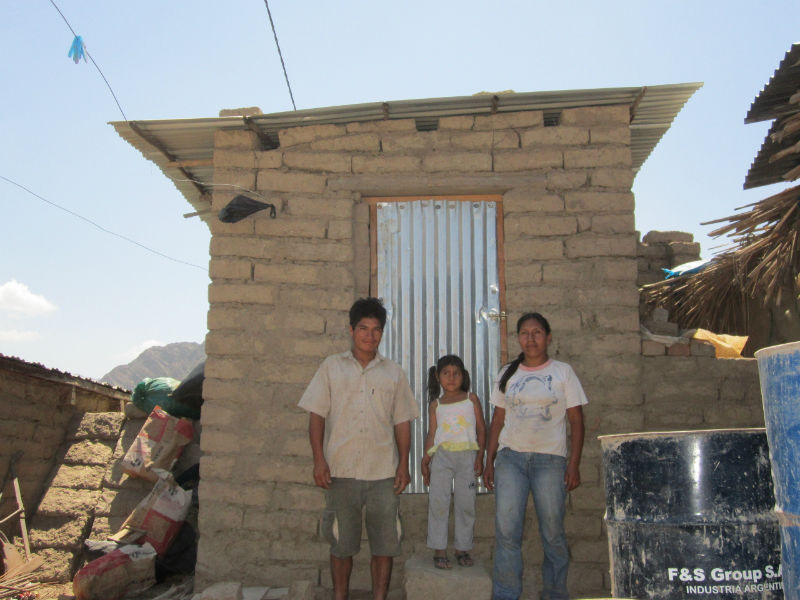 During the program, 15 (out of 22 families) consistently had tippy taps up with soap nearby. The biggest change was evident in households with infants or toddlers – these were families that improved in all aspects of hygiene in the house. For water treatment, many families reported boiling water before drinking it, but we couldn’t readily validate this, although two families adopted SODIS method of water treatment.

The roll-out of the dry composting bathrooms took a lot longer, largely due to waiting over 6 months for the Municipality to come through on their end with the financing. Thankfully, we had the funds from Water Charity to start the construction to keep people motivated and also be able to show off how cool the bathrooms are!

Water Charity funds roughly covered the cost of materials and labor for two dry bathrooms (bricks, cement, rebar, specialized toilet seat, skilled labor) alongside family contributions. Families that showed the most progress and interest were offered the opportunity to be the first to have their bathrooms if they were able to have their own contribution ready – roughly 250 large adobe blocks and over 1 m3 of sand for cement work.

Our first family, the Tantaleon Loje reported that other people in the community joked at them for taking time to prepare the adobes (roughly 2 full days of work) and haul sand from the river base (at least ½ days work). However, they persevered and had faith in the project and understood the benefits of having a bathroom for them and their 5 young boys.

The second family, Amaya Namoc, opened their own general store while the bathroom was being constructed. Once finished, I came back a week later and saw that they had installed a hand washing station (Tippy Tap bottle, soap, towel, and a tub underneath) and a toilet paper dispenser in the bathroom without being prompted to! These bathrooms also served as models for the other community members to understand better the final product when the municipality funds came through.

As of writing, both families have been using and maintaining their bathrooms for over 10 months (alongside others who had bathrooms installed with help from the district municipality)! In a few months, the first batch of compost will be ready to use. But more importantly, it gives these families and their children access to neglected necessities and an opportunity at healthier living and growth! Thanks for all your support, Water Charity!

We in turn extend our thanks to Matthew for completing this project and wish Jake the best in moving this model project forward. We again extend our gratitude to The Soneva SLOW LIFE Trust for providing the funding. 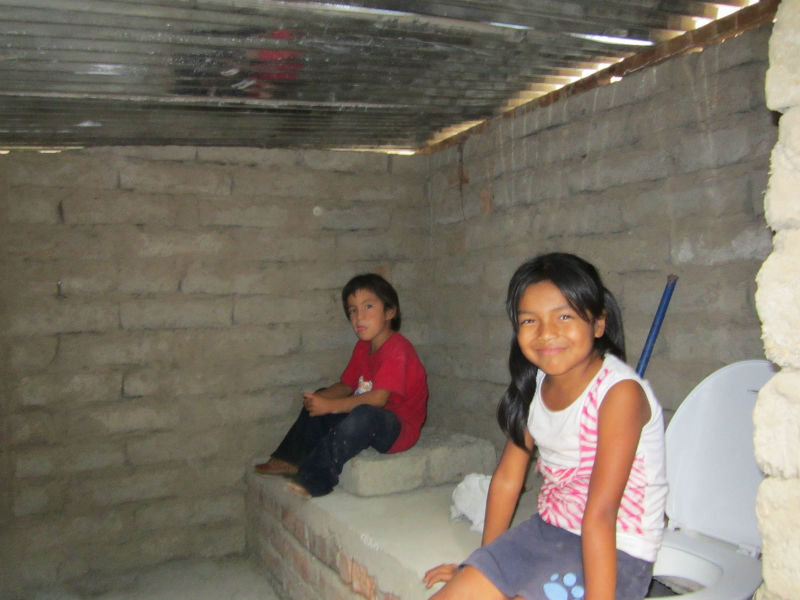 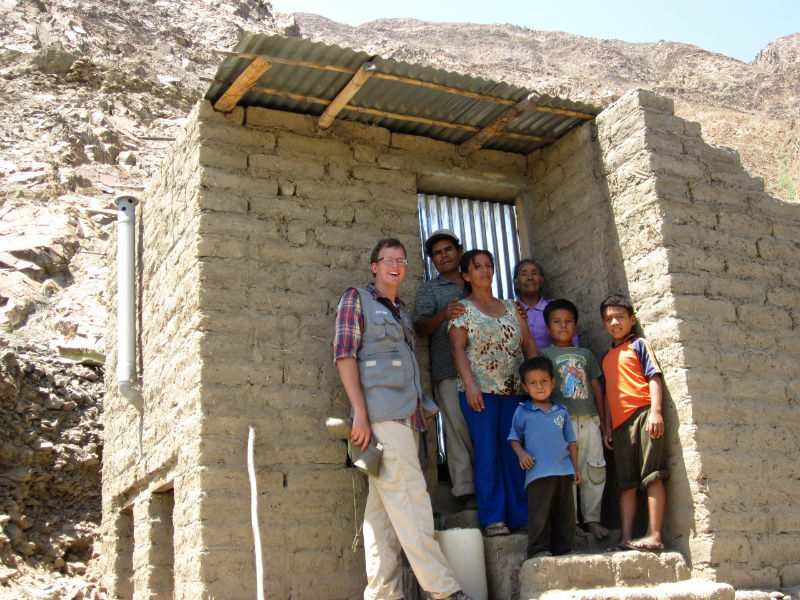 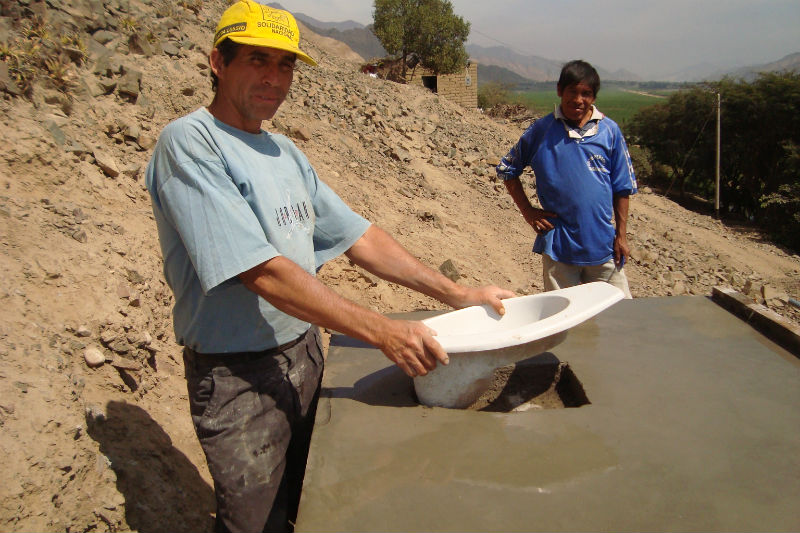 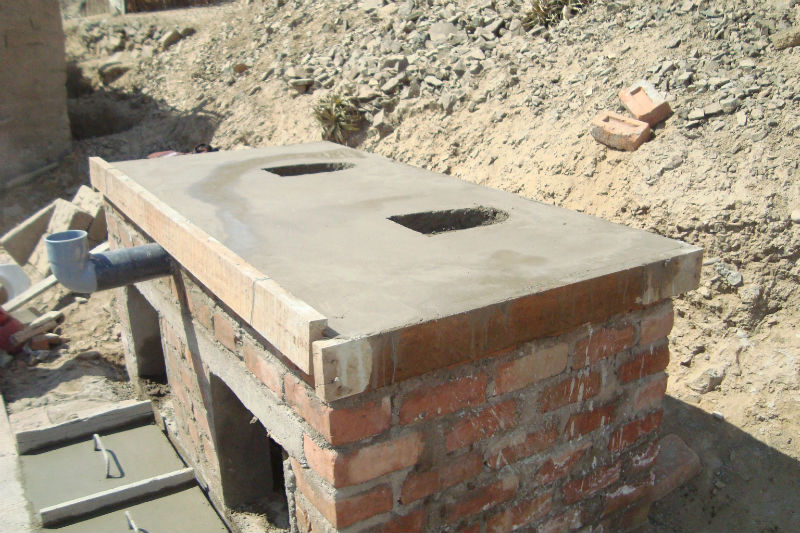