The project was designed to restore full water service to Gavilan by replacing damaged piping and building a catchment dam.

The project to upgrade Gavilan’s water system has been successfully completed and the water committee leaders report that it is working perfectly. The water does not leak out of rusted pipes any more than the amount that was delivered to the homes. The men who had been responsible for maintaining the deteriorated system are relieved and grateful that they no longer have to try to patch holes in corroded metal pipe with old tire inner tubes or plastic bags. That is over now. 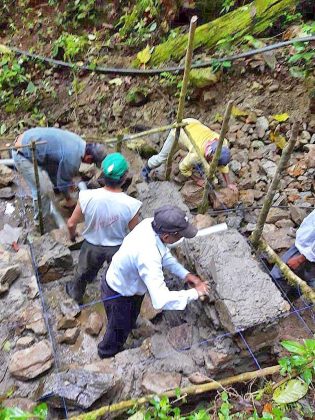 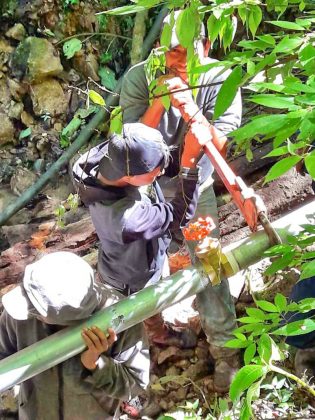 In November the pipes were delivered to a location on the dirt road on the ridge above the existing water line since it was the closest access. It took quite a lot of people working in coordination to move the heavy pipes down the steep slope and to get them into position. The men built several cement and rebar columns to hold the pipes in place. In addition to replacing old pipes, new sections were added to the existing system to allow water from two other creeks to flow to the mainline. This will go far to insure that there is enough water for the people’s needs during the dry season.

The men also hauled the rock, sand and bags of cement down the same steep slope to where they built the two water tanks. The tanks are very strong and should easily survive the strong earthquakes that occur in the region. The result of all of this work is a very strong system that joins three creeks into one pipe of water. The upgraded system will last for many decades in the extreme weather of the Sierra Madre. 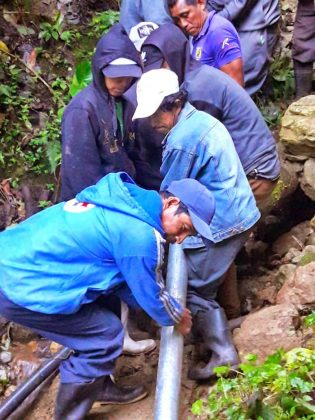 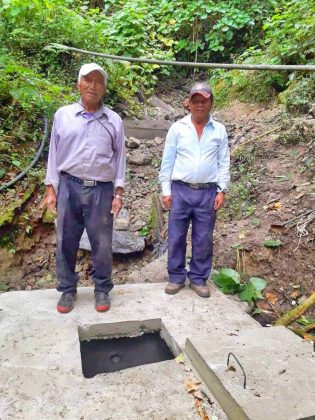 The people in Gavilan are delighted to have accomplished this important improvement for their community. They send their sincere thanks to Water Charity and to Michael and Carla Boyle for the generosity they have extended to their families. The Board of Sexto Sol also offers thanks for this continuing opportunity to uplift impoverished communities in the Sierra Madre.