This project has been completed under the direction of Peace Corps Volunteer Brandon Tarbert. To read about the beginning of the project, CLICK HERE.

The project was originally designed to build a windmill water pump to provide water for the women’s garden of Fetekou. However, because of the local situation, it was changed in scope to a well project. 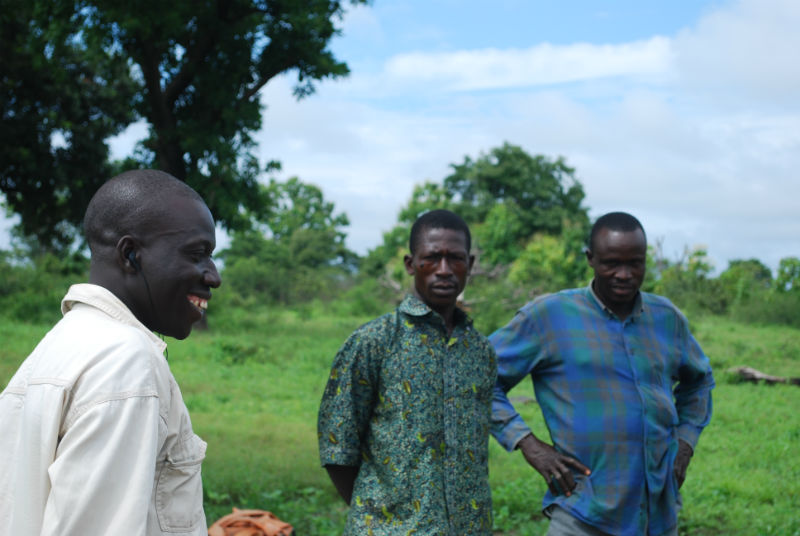 After attempting to implement the project as designed, it was determined that the local community didn’t actually have the necessary technical know-how to build the windmill-powered water pump without a significant amount of training. Therefore, I worked with the local Mayor’s office to identify another meaningful project to undertake.

The Mayor’s office had just recently had a well-digging campaign where they dug 12 wells around the commune of Kerou. This may seem like a lot, but the commune of Kerou and its gardens support well over 100,000 people. These wells will increase the amount of farmable land by 20 percent over the entire commune. These wells will also lengthen the amount of growing time by 25 percent. Previously wells had been dug based on proximity to gardens. Now they are being built in locations where the wells rarely run dry.

Unfortunately, there were a few communities that did not receive funding to build wells in their local gardens. The funding we received from Appropriate Projects provided the funding to complete a well-placed, expertly-dug well in the needy community of Fetekou.

There are five female farming groups in Fetekou. They serve the needs of the local community, as well as the surrounding area, comprising 25,000 people. The gardens they manage cover 15-20 acres. Their only source of irrigation is a low-lying stream that rarely runs dry. That being said, they can only farm on either side of the stream, and their gardens are susceptible to flooding. The new well, will give them another two to three acres of farmable land, and provide water for the entire growing season.

The project, once started, moved along quite quickly. The professional well digger we chose was the local well digger who was familiar with the area and had been working with the Mayor’s office for the previous well-digging campaign. He was quite knowledgeable and respected in the community.

Funding provided by Appropriate Projects paid for supplies, pumps, gasoline, cement, and professional fees for the well digger. We were actually given a discount on the normal price, as he had just dug 12 wells in the community. The entire project, once started, took 18 days to complete. We had a bit of rain in the beginning, and thankfully it did not rain as the cement bricks were drying.

After the project was over, I worked with the Mayor’s office to provide schematics for a windmill and how it could be adapted to work with either a foot pump, and or a rope pump. Rope-pump projects have been implemented in the neighboring commune, thus providing a bit of local expertise in my absence.

We are grateful to Brandon for his work in transitioning to a more realistic project, and then completing it prior to his departure from Benin. We again wish to thank the Elmo Foundation for its support of Water Charity, and for providing the funding for this project.