This project has been completed under the direction of Peace Corps Volunteer Sharon Forstbauer.

The project was to improve 4 wells in Fass Kahone.

This project was intended to improve the safety and sanitation of five wells within the Kolda region of Senegal by building cement well heads. The wells were located in the village of Fass Kahone. In the end, the project was able to additionally fund the building of a well head around the well in the women’s garden.

Materials for this project were purchased almost exclusively from local vendors or donated by the communities themselves. Project funds were used for 20 bags of cement and four pulleys. Sand, gravel, water, and transportation of materials to the work sites were provided by the beneficiaries, as was the masonry work. All of the transactions were handled through a village counterpart who acted as a general contractor.

Work began in early May once all of the cement was purchased and brought back to the village. The mason removed the dilapidated well heads and began molding bricks the first day. Once the bricks were sufficiently dry, he was able to construct the well heads in a day each.

In addition to the well head, a runoff platform was laid around the base of each well to prevent the accumulation of stagnant water around the well.

There as an initial delay due to difficulty in transporting the cement from the shop to the village. However, once that was resolved the project was completed very rapidly.

Wells that previously were in danger of caving in or were vulnerable to contamination due to runoff and debris are now safe to use. It is hoped that the benefits of this project will be seen through a reduction in cases of diarrheal disease seen at the health hut this rainy season.

People are very happy with the work that was completed, and intend to use their own money to add covers to the wells in the future. They are excited about the addition of the well heads, since their children are no longer at risk due to unprotected wells.

We are grateful to Sharon for completing the project, and again wish to thank the Elmo Foundation and Sharon’s friends and family for providing the funding. 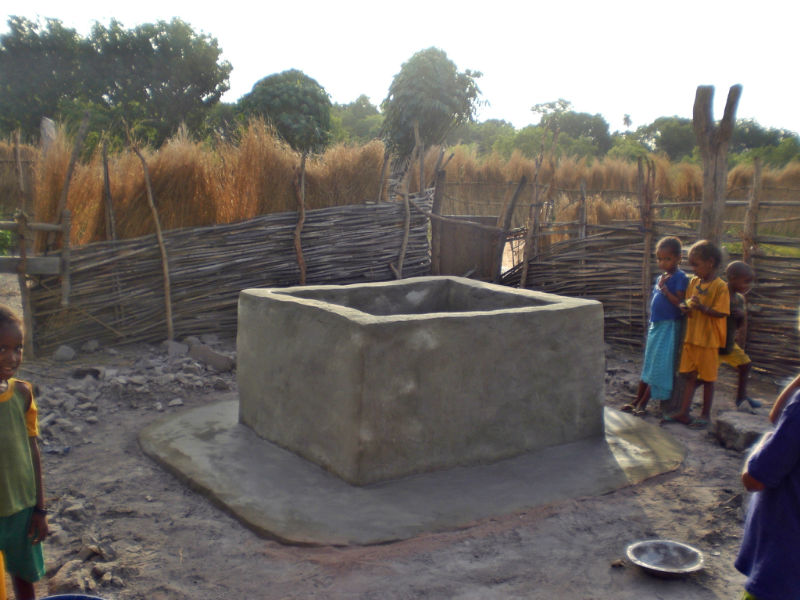 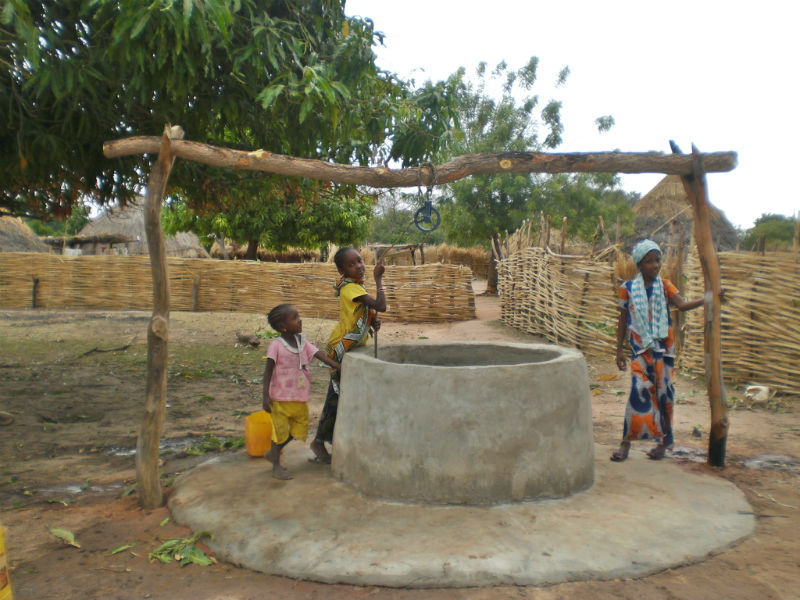