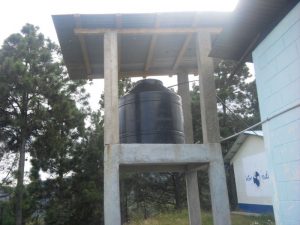 This project has been completed under the direction of Peace Corps Volunteer Claire Mocha. To read about the beginning of the project, CLICK HERE.

The project was to provide a working water storage and supply system to serve the cafeteria of the school.

This project was a continuation/completion of a process begun by the school community almost a year ago. The school is connected to the community water source which is generally dependable but sometimes fails, in which cases the school is left without water for several days, leading to an inability to practice good hygiene and make school snacks for the approximately 150 students.

The parents and teachers of the school, concerned about the situation, began a process to connect the kitchen water supply to a plastic water storage tank that would hold water that could be used if the main water source failed. They appealed to the local government for help and were granted funds to buy the tank.

The parents then saved up money for additional supplies and began building a base on which to put the tank, but ran out of money in the middle of the project.

Together we applied for Water Charity funds to do three things: Complete construction of the base, buy valves and pipes for the tank, and buy and install the faucets in the kitchen.

Construction began in late September but was put on hold due to severe rainstorms and landslides in the community. The project was completed by the end of October. All manual labor was provided by parents at the school.

Claire reports on how the project was received by the community:

The contractor in charge of the project, also a parent, commented to me how important this project will be for the health of the students, especially for providing school snack, as many students come from poor families and don’t eat very well at home. He also mentioned how challenging it is for a poor community to find resources to complete projects like this.

The teachers had similar comments about the benefit of this back-up water source to the health of the students, as they try to practice hand washing and tooth brushing in school every day but can be impeded by lack of water.

At this moment school is not in session but in January and February when students come back, we will be at the point in the dry season when local water systems often fail and this project will be a great benefit to the community. 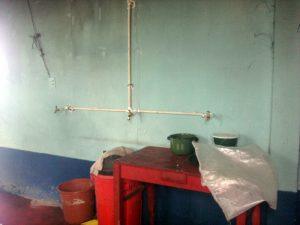 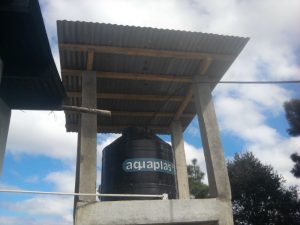