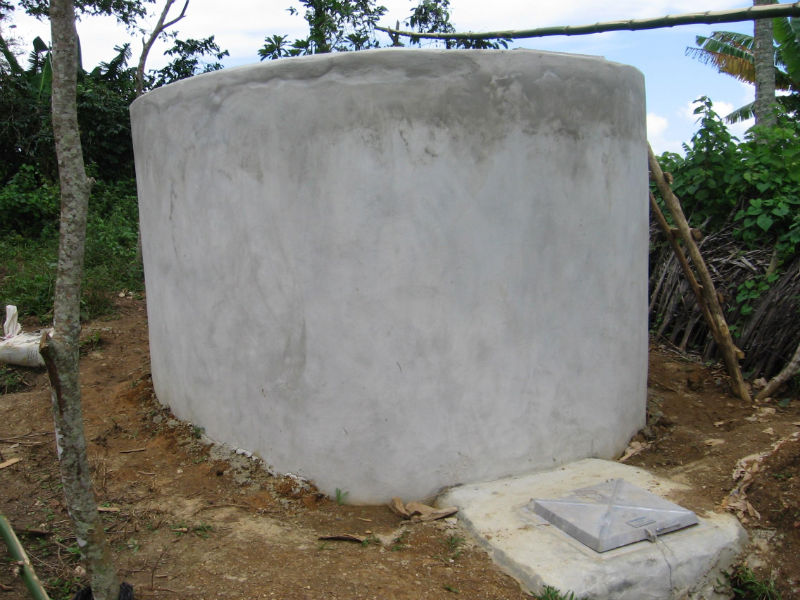 This project to build a ferro-cement tank for storage was the second to be implemented under Water Charity’s Ferro-Cement Tanks for the Dominican Republic and Haiti Program.

Work was recently completed on the 15,000 liter ferro-cement tank in the rural community of El Brison in the Dominican Republic. The tank will serve as the main storage tank for a water system that is being constructed to serve 45 homes in the village.

The construction was also the second of three ferro-cement tank trainings in which three Haitian masons are being trained in the design and construction of this technology. The three Haitian workers will then go to Haiti where they will build more tanks and capacitate more masons in the country. 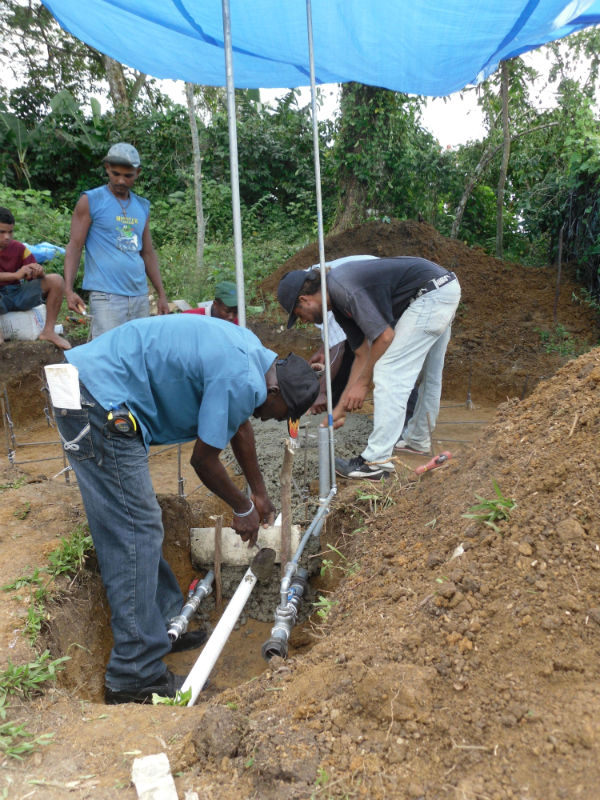 Work brigades, each with eight men from the community of El Brison, worked each day to support the masons in their work. They helped with mixing the mortar, transporting materials, etc. Because El Brison is a very remote village with very little access, all of the materials had to be transported to the work site with mules.

The ferro-cement tank construction is a five day process. On the first day the plumbing is placed and the floor is poured. This is the only day in which concrete (the cement mix contains gravel) was used on the tank. The floor is about 10cm thick and has 3/8” rebar inside it.

On the second day a cage is constructed of a mesh of soldered ¼” rebar covered on either side by chicken wire. The cage is constructed in a long 10 meter piece and then placed on the floor in the shape that the tank will take. The cage is wrapped tightly on the outside by tarps. Then a cement and sand mortar is applied to the space between the two layers of chicken wire. This first layer of mortar is about 3 cm thick. 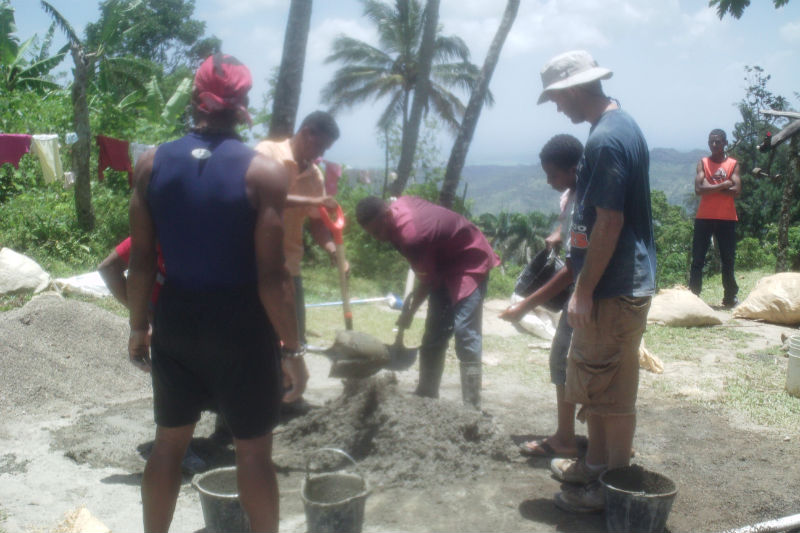 On the third day a second and third layer is applied to the inside and the outside of the first layer to cover the chicken wire which is still exposed. By this time the walls are almost at their full thickness of about 6 cm and are very sturdy.

The roof is constructed on the final day of the tank construction. A support structure is built using wood beams and plywood. As soon as the structure is in place the tank can begin to be filled so that the floor and walls cure correctly. The tank will never be left without water in it after this point, except for a yearly cleaning. The roof is poured on top of this structure and left to dry for about a week. After a week the tank is entered through a door on top and the wood structure is deconstructed and removed from inside the tank. 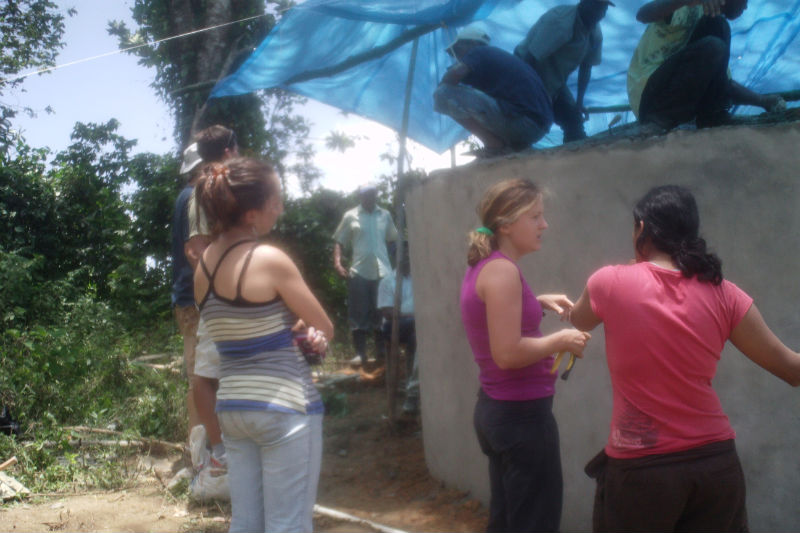 The ferro-cement tank has several advantages over a cement block tank of equal size. Because the walls are only about 6cm thick the tank uses significantly less materials. This cuts costs by nearly one half and makes transporting the materials to difficult locations much easier.

Despite using less materials, the tank is structurally superior to a block tank because it is round. Block tanks generally leak from their corners. Furthermore the mesh cage that holds the cement makes the walls flexible so that they are much less susceptible to breaking in the case of seismic activity. For all of these reasons we are trying to spread this technology to Haiti where water is such a dire need at this time. 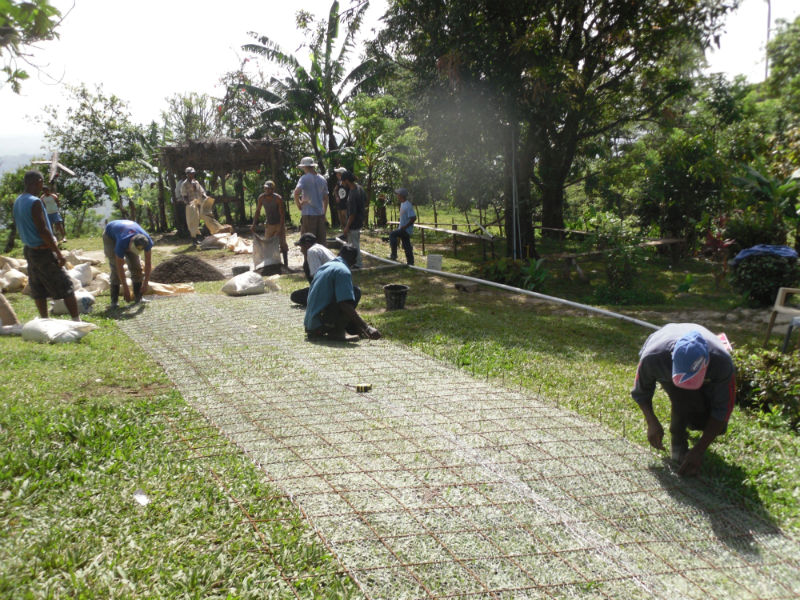 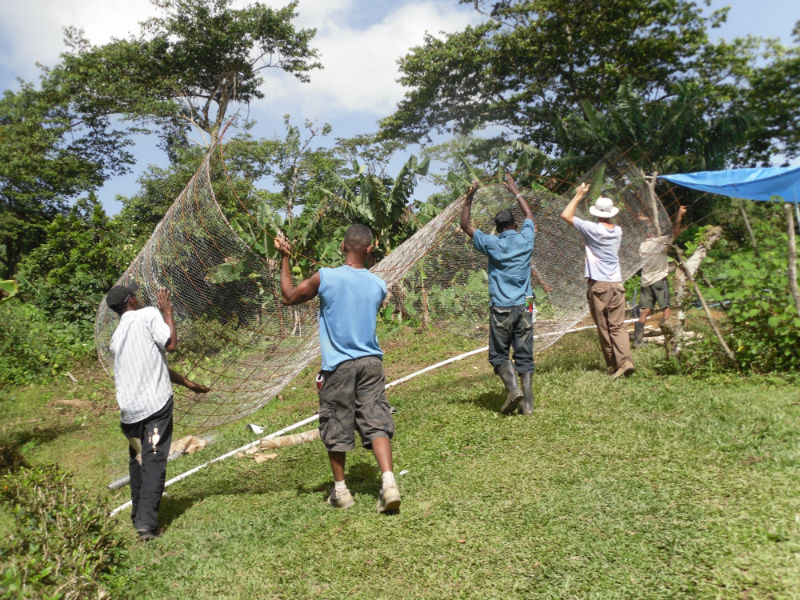 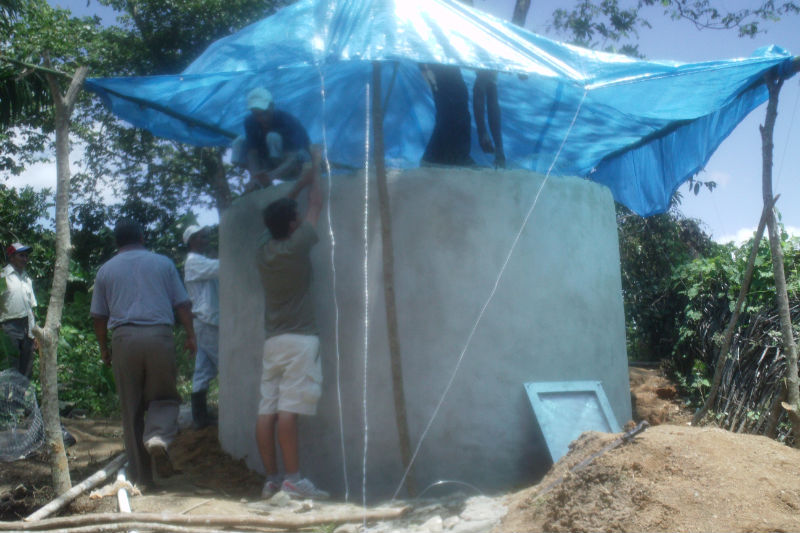 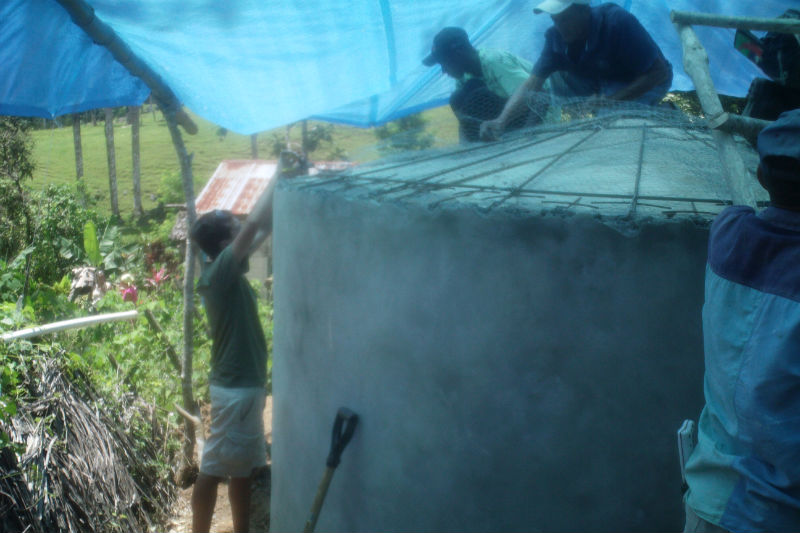 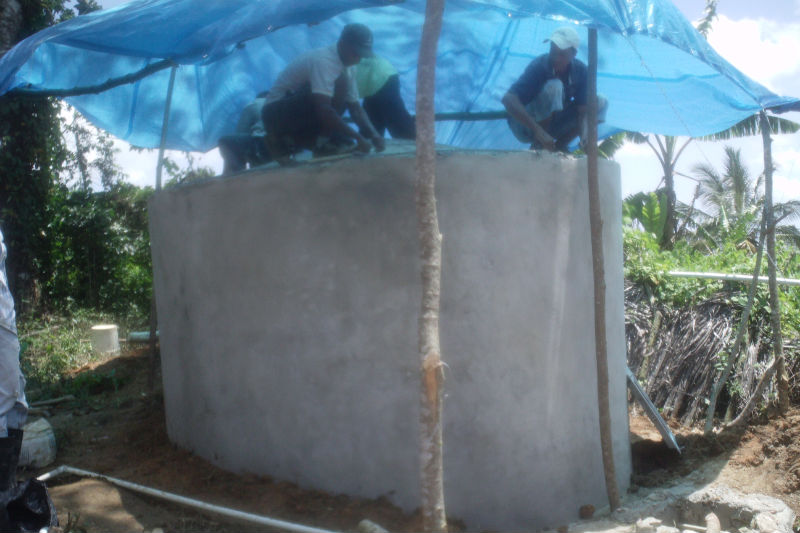 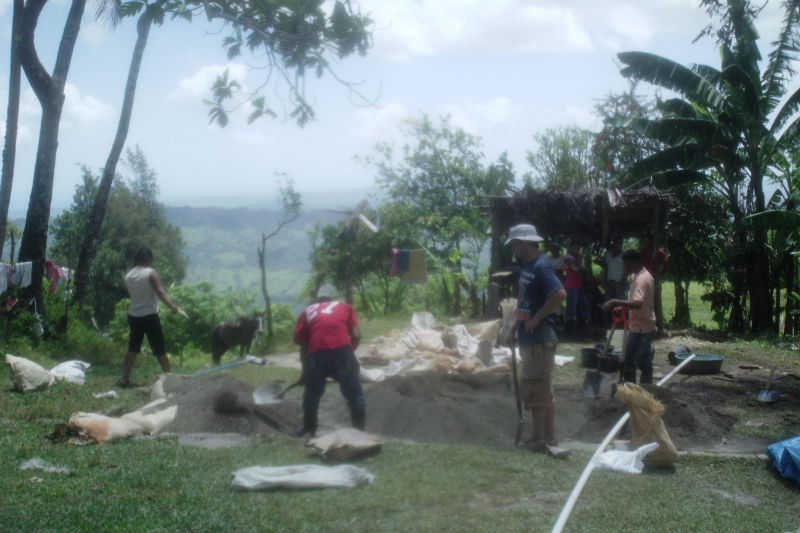