This project has been completed under the direction of Peace Corps Volunteer Emily Ruskin.

The project was to install 6 sinks at the school to be used for handwashing and brushing teeth.

The original concern I discussed with the new principal of the school was that the unhygienic manner in which students were washing their lunch trays after eating was promoting bacteria and stomach complaints. Students also had a lack of places to wash their hands, save the communal pump, which was difficult to operate alone, especially for anyone under five feet tall. 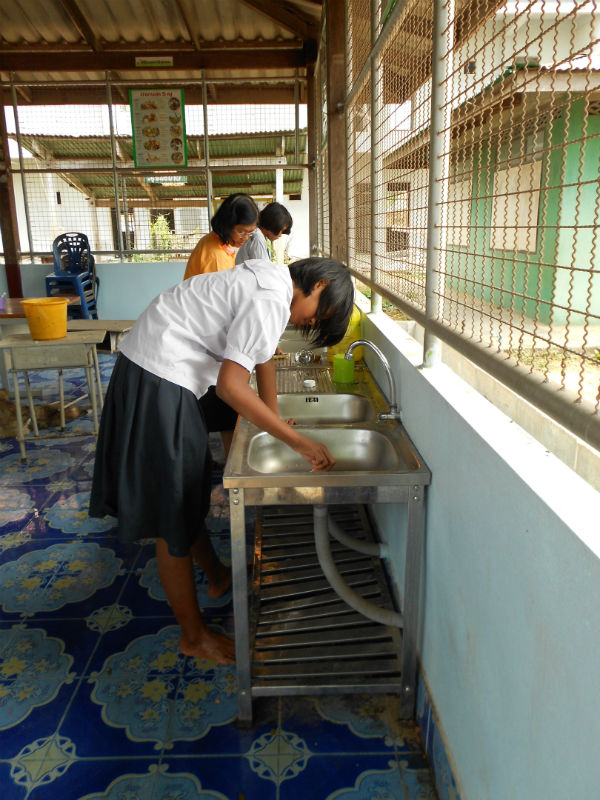 With a lack of facilities for clean-up after events, there was often a wet, soggy patch of school ground, covered with food remains and flies, that had served as the washing station (using plastic buckets). With small children (preschool students are accepted from age three) being prone to put everything in their mouths, this was a health risk. Also, the wet patches were a potential breeding ground for mosquitoes and disease in Thailand’s tropical climate.

The principal wanted to install sinks in front of every classroom, in addition to the cafeteria. However, the proposed budget exceeded the available funds from Water Charity. He solicited money from the Ministry of Education, and received a contribution that allowed for the installation of five additional sinks around the school, plumbing, and tile for the cafeteria floor.

The installation was done over the long school holiday in April. The school groundskeeper and a few volunteer workers from the village (parents/relatives of students) procured the materials, installed the sinks, and laid the plumbing at no additional cost to the school. The tile was laid by wage laborers, but was paid for through the money provided by the Ministry of Education.

The students are very happy with the new sinks, saying that it makes cleaning up much faster and easier, thus leaving more time for recess.

Anecdotally, the teachers agree there are fewer cases of emergency diarrhea and stomach complaints in the afternoon classes. The parents of the students are all extremely proud of the sinks, as they inspired the principal to carry out improvements throughout the school. They say that attending our school is the same as attending a school in the city, and they are happy for the children.

It has also made my life as a teacher easier, as the cafeteria is now a great work space for art projects, day camp activities and cooking projects. Before having sinks, washing paint covered, clay covered, grubby little hands and bodies was a task. Now it’s no longer an issue.

My heartfelt thanks for your gracious contribution. It will be used for years to come and has improved the lives of many.

We are grateful to Emily for completing the project, and again wish to thank The Soneva SLOW LIFE Trust for providing the funding. 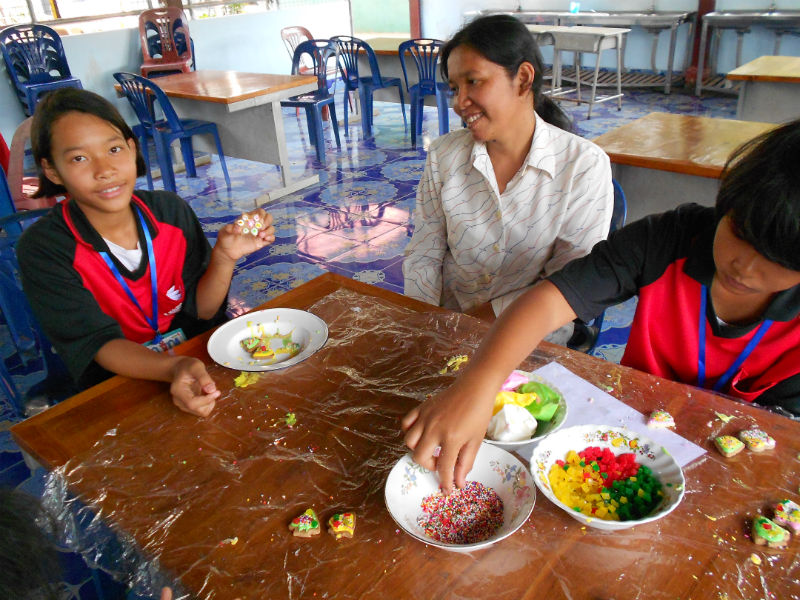 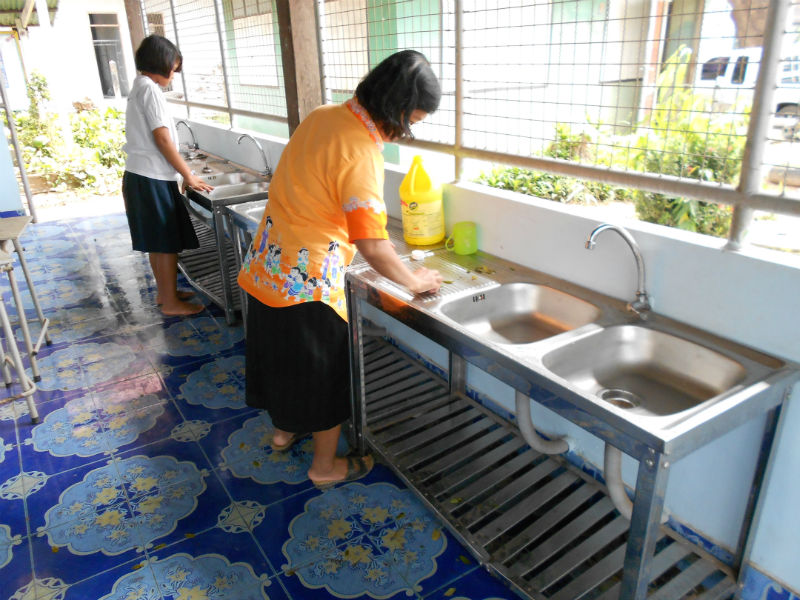