To address water quality, as well as lack of lighting, and malaria in the village, Water Charity gave villagers high quality water filters, solar lamps and mosquito nets.  We also trained them in the use and upkeep of these items.  The effort was led by Gambia RPCV Jeremy Mak, who has successfully completed several water and sanitation projects with Water Charity support over the past 6 years, including Sawyer filter distribution projects in Gambia (2015), and Uganda (2016). You can see previous examples of his Water Charity projects HERE (Gambia) and HERE (Uganda).  This is Jeremy’s first project for Water Charity in Colombia. 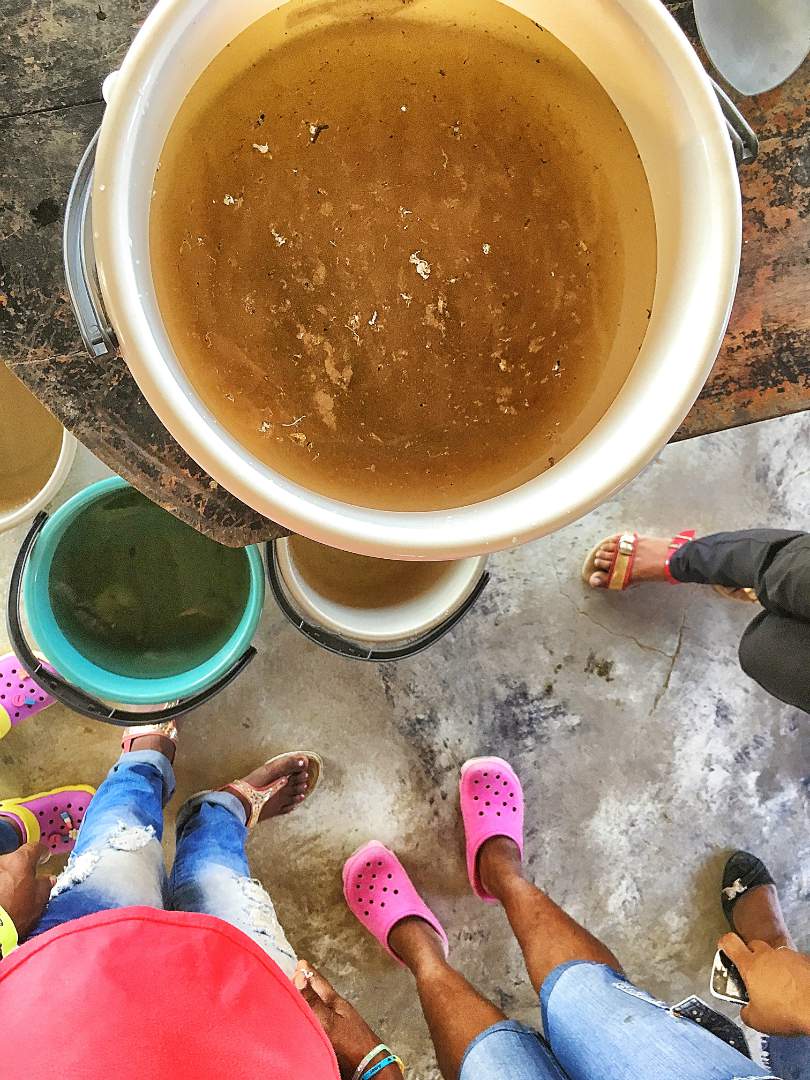 It was originally envisaged that project activities in Estacion Villa would take 3.5 consecutive days to complete, albeit against tight timelines and limited flexibility. One day was marked for village introductions, a second day for water surveys and house-to-house verifications, and a third day of 3 to 4 batch trainings. A fourth day was scheduled for post-distribution monitoring and follow-up at the household level, but this was later cancelled due to a transport constraint.

Then, 2 teams were formed to visit each home to collect population demographics (names, family size, and ages) and vulnerability markers (e.g. breastfeeding, pregnant, chronic illness) using a detailed questionnaire. We intentionally selected female heads of households or female representatives to be interviewed (and subsequently invited to trainings). During these visits, team members were further able to access the condition of household water infrastructure and storage, including rainwater harvesting systems. Following the questionnaire, we issued each female with a water and tear-resistant wristband token to serve as her identification for admittance to the following day’s training. Each registered house’s main doorway was also marked with chalk with a unique identifying serial number. 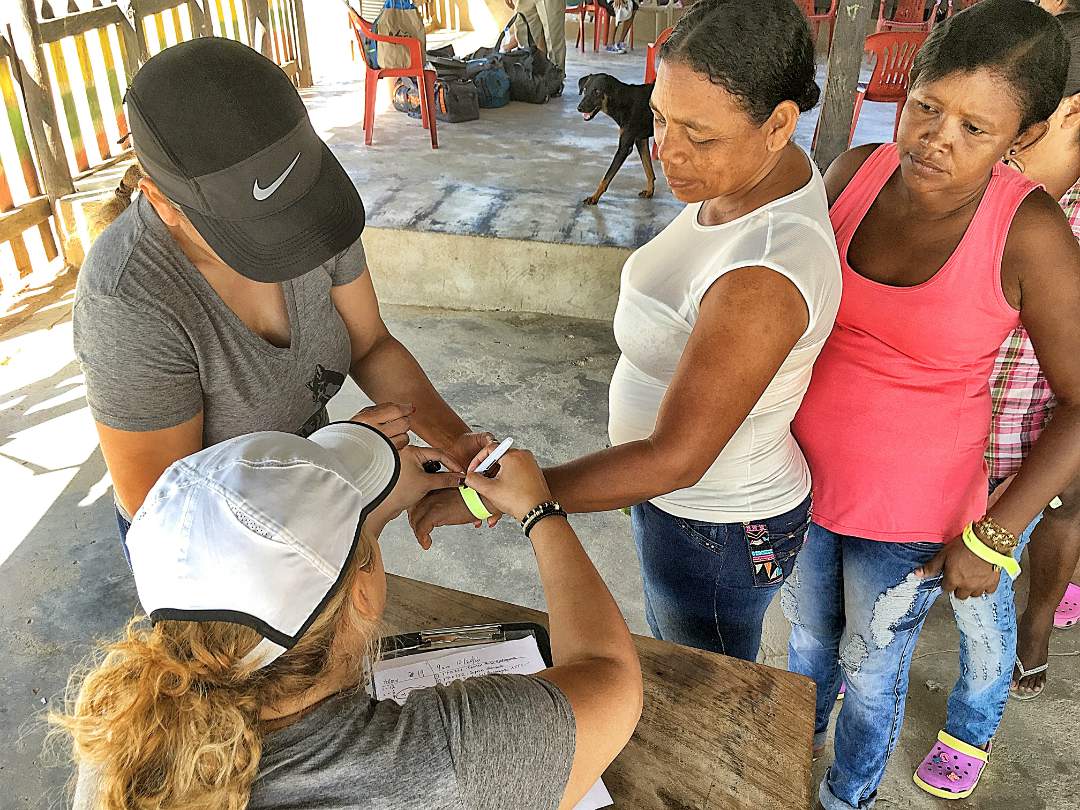 Forty-seven women were grouped into 3 separate trainings by color-coded and serial-numbered wristbands that could be crosschecked against the questionnaire for verification. This was designed to both accurately collect beneficiary data and also limited crowds at the trainings. During these surveys we did not make it known that they would be receiving any physical goods, as we wanted to emphasize the focus group and sensitization/training element first.

December 20th was training day—We held 3 successive trainings in Spanish. One at 9 am, another at 1 pm, and the third at 3 pm. Of the 47 invited women, 3 were no-shows, and we were able to mobilize 3 replacement households from surrounding fincas. The trainings covered both theoretical and practicum components, in a highly interactive participatory setting with a question and answer format. Firstly, participants were given an introduction to Water Charity and an overview of the global waterborne disease crisis. While the women knew that colored water meant sand and sediment was present, most previously never heard of waterborne microbes and the long-term and potentially fatal health impacts of drinking dirty water laden with parasites and bacteria.

Secondly, we demonstrated how the filter operates, using visibly foul water collected from the represa. To further highlight the efficacy of the filters, we poured in additional contaminants and had participants visually compare the before and after quality of the water. Some participants went as far as to taste both the represa water and the filtered water on their own, and noticed a marked difference. 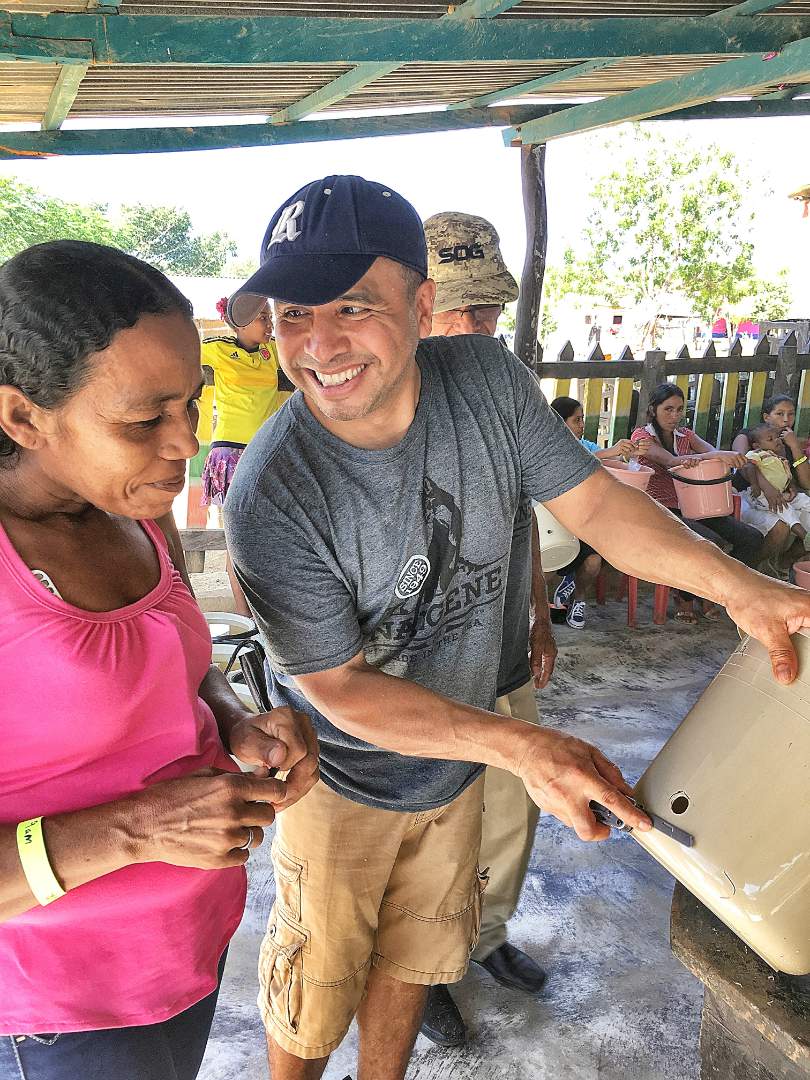 All recipients were very grateful for the filters, buckets, lights, and water containers, and training, with several leaving teary-eyed. They had never experienced an intervention and training session like this before, and were incredibly happy for Water Charity’s presence. One woman even remarked that she had just visited the doctor and was strongly advised to stop giving her infant son dirty water to drink. 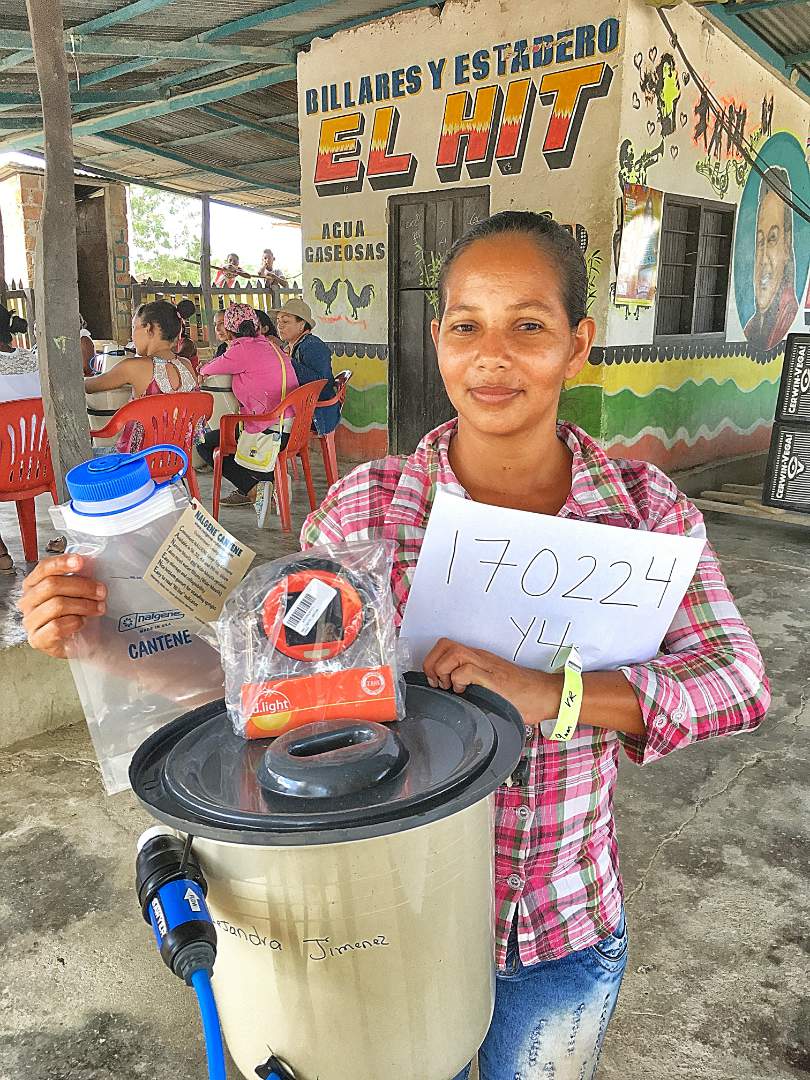 In total, along with 5 training and sensitization workshops, the following items were distributed: 51 filters and 58 buckets, 50 d.light S2 solar lamps, 56 Nalgene containers, and 6 long-lasting insecticidal nets. (Two additional buckets were accidentally broken during the trainings when drilling connection holes).

Using information captured during the household survey, 5 of the registered households were identified as having children under the age of 1. Another household had a child with a severe disability. These 6 households received long lasting insecticidal Olyset mosquito nets (courtesy of Sumitomo).

In the future, there is definitely scope and opportunity for additional interventions to further improve the water situation in Estacion Villa, such as central mixed media filtration, rainwater harvesting trainings, household water storage expansion, and surface/groundwater recharging. This project has greatly piqued the community’s interest in development, and they have indicated their willingness to cooperate and contribute however they can should additional projects come their way.