This project has been completed under the direction of Peace Corps Volunteer Sally Clark. To read about the start of the project, CLICK HERE.

The project was designed to provide a safe and secure source of water for the community through the installation of a chlorination system for water purification.

Our specific activities and how the work progressed through the states include the follows:

(1) 2 general assemblies at the beginning and end of the project to explain the scope, and remind the people of their rights and responsibilities as a water user and those of their representatives in the water committee.

At the first assembly, there were a few people who did not want to chlorinate the water, they thought it would have a bad taste and that it was clean enough to drink. It didn’t take much, a few quality tested water samples, to show them that their water wasn’t clean as they drank it before. After seeing myself and other representatives of the municipality working in the annex for 3 months and tasting the water with the chlorine at correct levels, almost everyone finished off interested or at least content with the project. The difference in the confidence of the water committee from the first to the last assembly was measurable. In the end, they were eager to explain what they had done and show off their gained knowledge, excited to finally be able to answer questions about their own system. 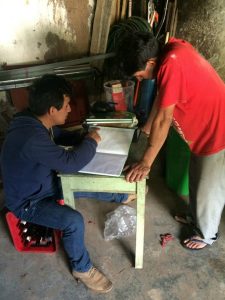 (2) 3 formal training with the water committee in administration, operation, and maintenance of their water system.

The water committee from the beginning was interested in working with us but more for the money and infrastructure, we could provide and less so for the training. One thing that really encouraged them to invest in the training was seeing how unorganized their administration was. They wanted the people to respect them as a committee but didn’t even know their own income or how to run a meeting. By the last meeting, they came to us with questions and were really interested to know how things worked.

(3) 3 trips to the regional capital with members of the water committee to buy materials for the project.

(4) 5 visits to the water system to inspect the location, build the protection house, install the chlorination system, hands-on training, and a community-wide workday to clean and disinfect the water system.

I think everyone enjoyed it when we finished with the technical training and actually got outside. The hands-on training happened when we insisted on every committee member being there for the installation and workdays. Some were nervous at first, complaining that they shouldn’t be helping out because they didn’t know anything about the water system. But with encouragement and sometimes forcing everyone to participate in the installation process, they gained confidence and took more ownership of the project.

(5) 4 follow up visits to monitor the chlorination system and review the administrative books and economic levels of the water committee.

The two objectives at the beginning of the project were as follows: seven members of the water committee will be sufficiently trained and capable in administration, operation, and maintenance of the water and sanitation services; and a drip chlorination system will be installed and functioning correctly thus increasing the quality of water consumed by the 32 families of Ponaya. 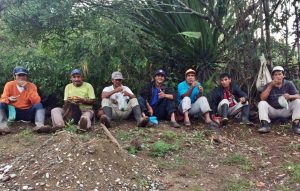 The final results were such that we accomplished our two set goals. The administration of the water committee books has improved, all expenses are being accounted for and when asked the respective members of the water committee can describe and or demonstrate their job responsibilities. More people have been paying their water tariff and they are reaching 90 percent full payment. The implemented chlorination system has been functioning without problems. The community has been using the system for over a month now and the samples have shown a consistent level of adequate residual chlorine indicating the water is being treated correctly and consistently.

On the last follow up visit, the community left me with some really encouraging words. As I was leaving my site in a couple of weeks it was likely the last visit I would make to the annex so we had lunch with the water committee and their families. They said multiple times how excited they were to have gotten to work with the Peace Corps and how encouraged that the project actually happened and finished on time. They had been asking the municipality for a long time for help in their annex and nothing had happened so to see someone keep their word and follow through helped them be encouraged to continue the chlorination and maintenance when I am gone. I had gotten to know the people really well over the last few months and there were some emotional goodbyes, but my site replacement was there to see the culmination of the project and the people were encouraged to see someone stay behind who has an interest in seeing the annex grow.

We extend our thanks to Sally for completing this important project. 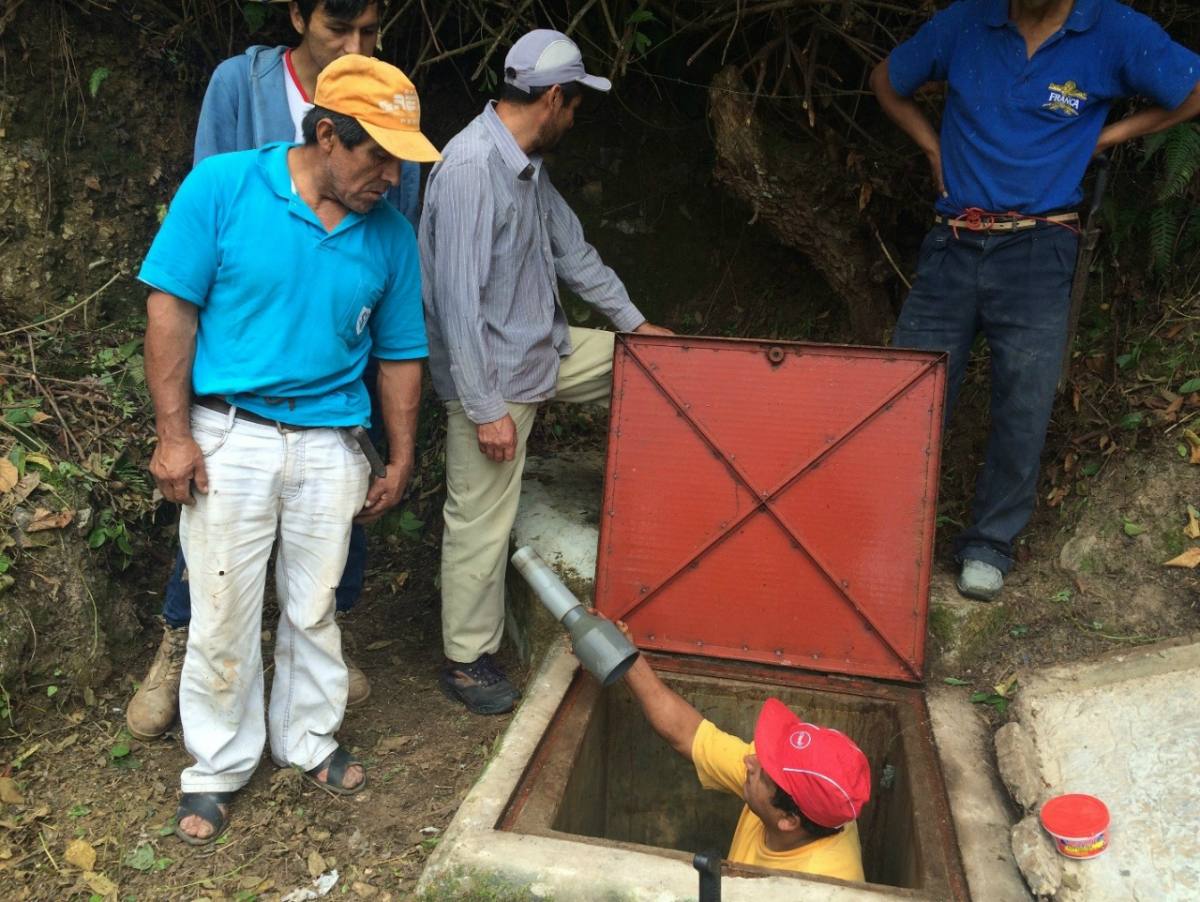 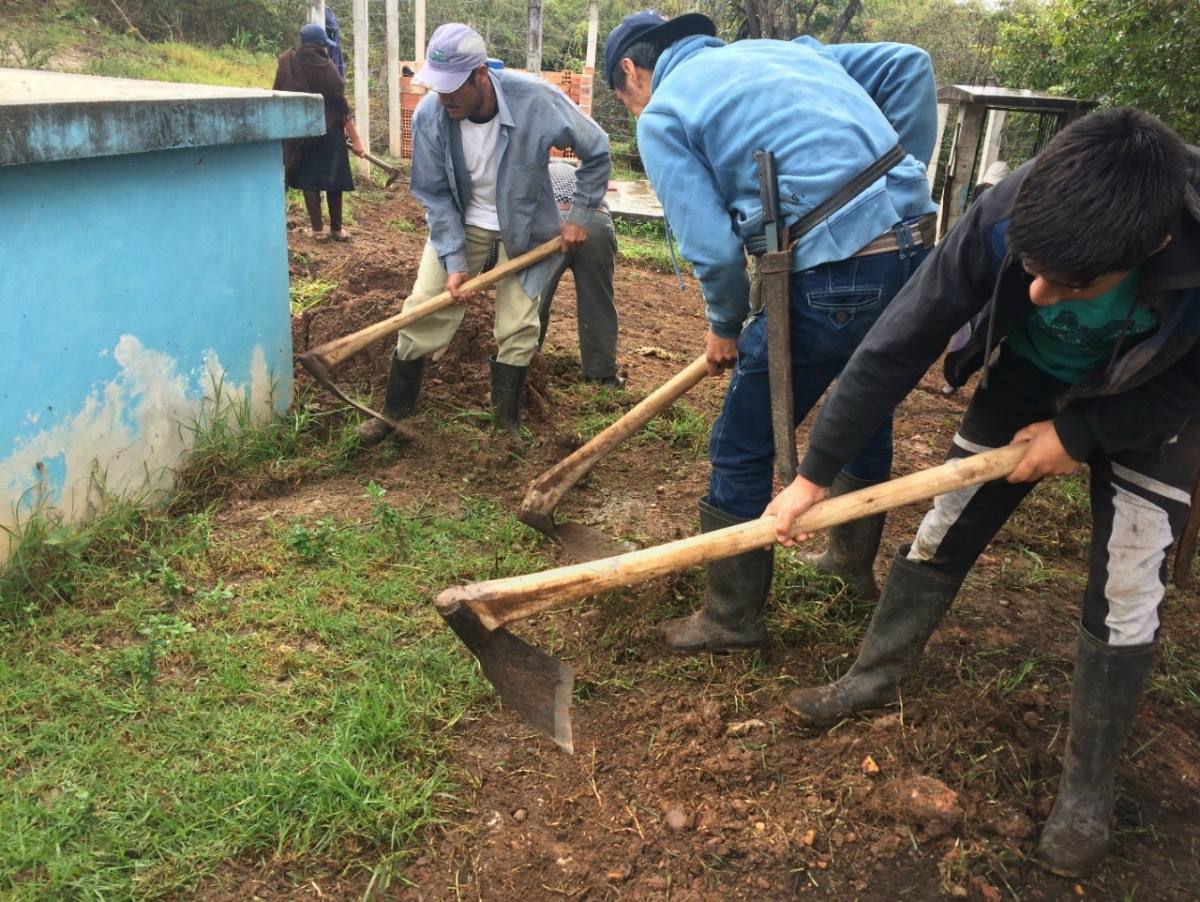