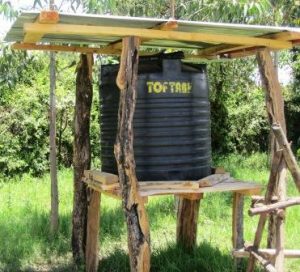 The project was to install an efficient rainwater catchment system and two handwashing stations at the Chebunyo Christian Primary School.

The Chebunyo Water Catchment system was completed on February 26, 2013. We were about $75 USD over budget, but it was something that I covered.

Once we received the funds, I travelled to the town, Bomet, to pick up the special water tanks (one was 500 liters and one was 750 liters) and had a spout installed in each one.

Once the tanks were delivered to Chebunyo, I worked with a local carpenter and we gathered the needed materials (timber, frames, nails, etc.). The timber and frames were put together and the tanks were secured on top of them.

Once that process was completed, the timber and metal sheets were built as roofing over the tanks and the gutters were attached so that the rainwater can gather and be dispensed into the tanks.

I was not around for the building of the metal roofs and gutters since there was a safety and security issue concerning the elections.

I returned to my site to take pictures of the completed project, and to give the students a hygiene and sanitation lesson!

The community is very excited and the school is very proud of their new handwashing stations!

Thank you for helping make this happen!

We are grateful to Cassidy for completing this project, again extend our thanks to her friends and family for providing the funding. 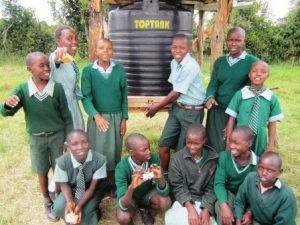 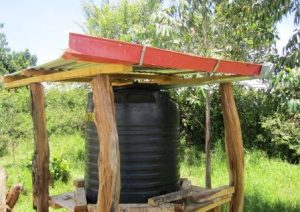