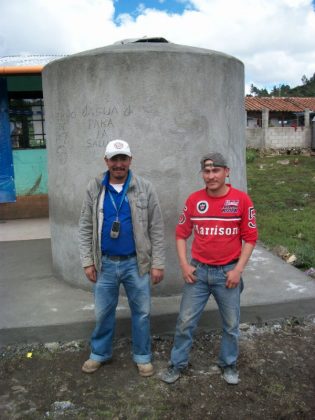 This project has been completed under the direction of Peace Corps Volunteer Barrett Bumpas. To read about the beginning of the project, CLICK HERE.

The project was to build a water tank, rainwater catchment system, and handwashing station at the school.

The project for the Calvario Dos School in Guatemala is completed!

Agua para la Salud works with Peace Corps’ Healthy Schools Program here in Guatemala to build appropriate technologies projects. They offered to send the Foundation an experienced mason at no charge to facilitate the project and train my counterpart, Roberto, and members from the community in the construction of a tank, from which they may continue to build these tanks in the future.

We waited until the local festival, national elections, and Independence Day were all over, in total three weeks of further delays due to these events’ consecutive nature. With only a slight hiccup due to funding, we were able to significantly decrease the project budget so that it was within the Foundations range and purchase the materials.

After delivery of the materials, we began construction. After a breakfast, we visited the school, surveyed the materials, and decided the best methods for proceeding. Within no time, we were all in accordance, and we were left to our work.

Originally it was thought the construction would take about two weeks. Many members from the community came to help, and with their hard work, combined with the instruction from our experienced mason, at the end of the first day we were already three days ahead of schedule. The mason pulled me aside and suggested that if he stay and work through the weekend, that the project would be completed by Monday. So we did just that. Everyone showed up, even on Saturday and Sunday, despite the construction falling in the middle of a harvest, to complete the project.

The school had absolutely no water, so members of the community were bringing it from far and wide to mix with the concrete. Originally, I had intended on building a handwashing station, but for now, just for the school to have a water source is a significant step forward for the entire community. A handwashing station will likely be built in the month following my departure by Roberto and my volunteer replacement, utilizing extra materials purchased for the tank.

For me this was an invaluable experience. It taught me so much about managing a project and coordinating with others. When all was said and done, 6 distinct factions came together for the project to come to fruition: Peace Corps, Water Charity, Seeds of Help Foundation, Agua para la Salud, Escuela Oficial Rural Mixta Calvario Dos, and the Comite de Padres (parents and leaders from the community). If any one of these collaborators would have been excluded from the equation, this entire project would not have been possible.

I am extremely grateful to have been given the opportunity to help this often neglected yet spirited community, and can pass on the gratitude of the people there only as good as words on a page can do. I’ll say that the majority of people back home cannot even imagine what this means to them by saying the following: While I have an idea of its significance myself, even I, who have been living in the Cumbre for two years, working, eating, and sleeping next door, cannot fully look into the encompassing hearts of the people. I receive their thanks, their handshakes, their laughs and smiles, their hugs, more thanks, and their tears. However, in the end, what they have given me far exceeds anything I could possibly give to them. They have changed my life, and will go with me everywhere.

We wish to thank Barrett for completing this project, and again extend our gratitude to The Soneva SLOW LIFE Trust for providing the funding. 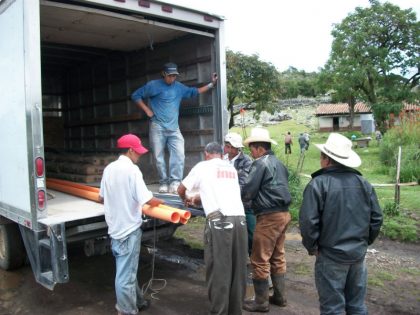 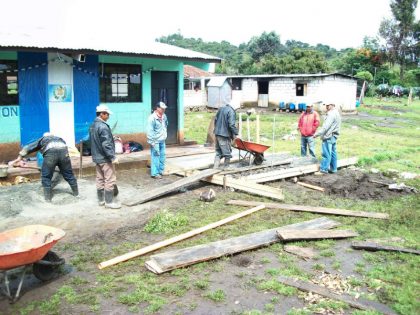 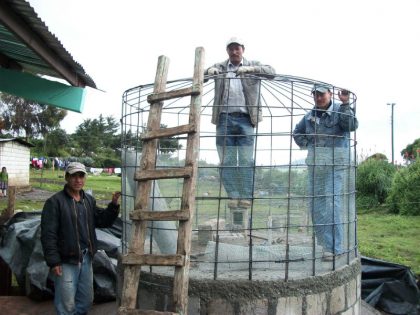 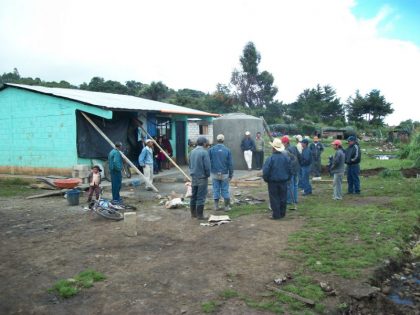