This project has been completed under the direction of Returned Peace Corps Volunteer James Salvatore. 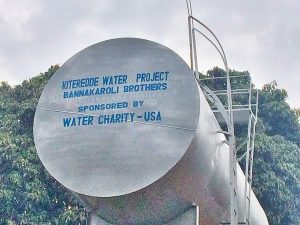 The following is a summary of Brother Isidore Luyinda’s conclusion report:
The main goal of the project was to install the submersible water pump at the existing borehole in order to provide clean and adequate water to the Brother’s community and the three schools in the area. The new system replaced the manual borehole and the old water pump which broke down in March 2015. 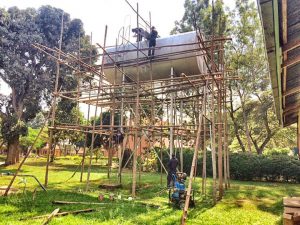 The next two days were spent on cleaning up the borehole because it had accumulated a lot of mud. This was done by pumping water into the borehole and pumping it out several times.

After securing the clean water, the workers embarked on pump testing to ascertain the amount of water at the bottom of the borehole. This exercise was necessary to adjust the pump to the optimal level of pumping. This took three days.
The submersible water pump was installed on February 3, 2016 and we were able to pump clean water into the main tank using hydroelectricity. 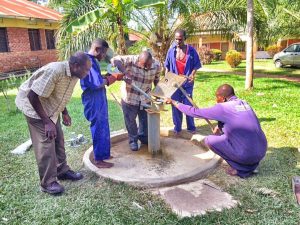 Tank cleaning
Over the years, the main tank had accumulated a lot of mud which had settled at the bottom of the tank. In addition, the tank had gathered moss on the surface as the accompanying photos show. Upon the advice of the engineer we were obliged to clean it before we could pump water into it.

It took ten working days for the workers to clean and repaint the tank. The Brothers’ Treasury raised UGX Three Million (3,000,000/=) for this exercise. 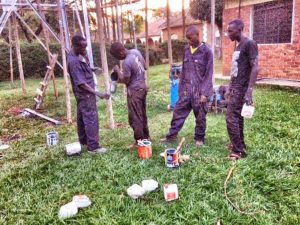 Change in Exchange Rate
By the time we lodged into our project proposal, the exchange rate was $ 1 to UGX 3700. By the time funds were wired, the rate was $ 1 to UGX 3380. We budgeted for Shs 25,962,900 but received 23,717,440.  Because of the loss of Shs 2,245,400 in exchange rates, we were obliged to suspend the construction of the pump house so that the available funds would be sufficient to cover the costs of the installation.

We take this opportunity to thank the Water Charity organization for providing us with financial assistance that enabled us to implement this project. The submersible water pump has enabled us to have constant clean water in our communities and schools reduced both indiscipline in students and waterborne diseases.

Special thanks also go to Mr. Jim Salvatore for connecting us to Water Charity as well as guiding us in the project.  All the Brothers and students are very grateful for your kind assistance.
Prepared by Brother Isidore Luyinda, Bursar General of Bannakaroli Brothers

We would like to thank James and the Brothers of Bikira Parish for executing this much-needed project.  We are proud to have been of service. 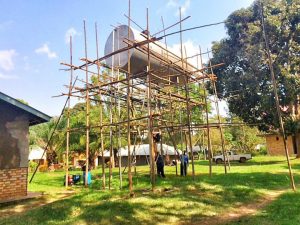 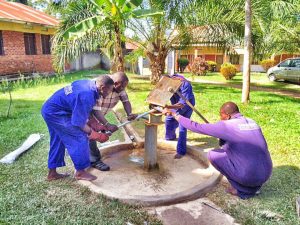 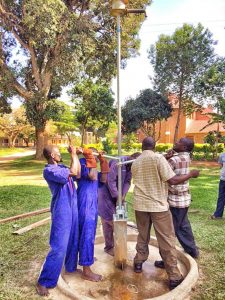 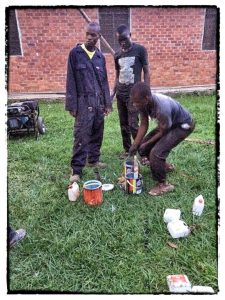