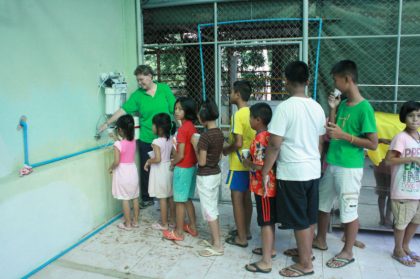 This project has been completed under the direction of Peace Corps Volunteer Sue Akins. To read about the beginning of the project, CLICK HERE.

This project was to install a filter system and new water lines at the nursery.

A local engineer purchased the filter in Phitsanalok, about 2 hours away from Bang Phai. Three days later 6 people took a day away from their farming and showed up at the nursery to install the new filter.

They had to remove about 8 ft of old cracked pipe. They then drilled some holes in the wall to run the new pipe and attach the new filter.

All the labor, time and gas needed for driving around to make this happen was donated by the community of Bang Phai. The entire installation only took about 6 hours.

About 4 ft of new pipe and fittings and some brackets were all that needed to be purchased. The installation occurred during the school break but the next day we had parents and kids of all ages show up to have a drink of clean cool water right from the faucet.

Sue further reports on how the project was received:

The community could not have been more excited or thankful. They love America and are some of the most grateful people that I have ever met.

I love what I am doing and wish I could do more for my community. The people of Thailand are some of the most giving, sincere and hard working people you would ever want to meet. They take nothing for granted and appreciate the mere fact someone would come to their community to help them.

We again wish to thank Six Senses Resorts & Spas for providing the funds for this project. 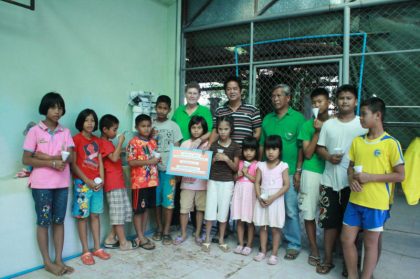 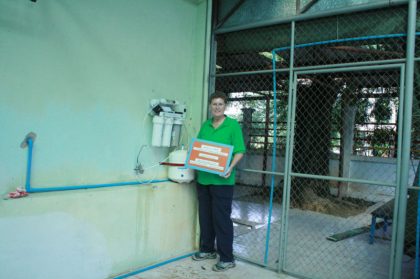