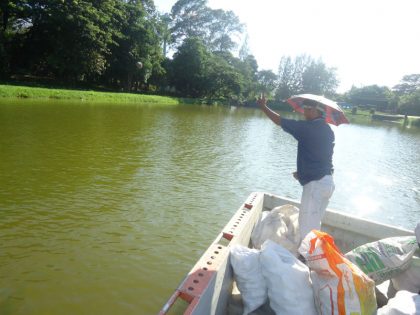 This project has been completed under the direction of Peace Corps Volunteer Zerina Borhan. To read about the beginning of the project, CLICK HERE.

The project was to remediate the pond in Ban Yaang to make the water potable.

After the money was received from Water Charity we started the project by buying the appropriate materials, visiting the well-known agriculture expert in the nearby district, and spreading the word around about the training that would be held in village number 9.

On the day of the training 1, we had approximately 20 participants, and the agriculture expert also came to educate the village members on the benefits of EM Balls. He went step-by-step to introduce each substance that would be mixed to make the EM ball and how each component would contribute to the overall outcome. With the effort of 20 people, a total of 4,000 EM balls were made.

The EM balls had to be dried for about a week. Therefore, a week later, village leaders, the agriculture officer from my office, and I went to throw the EM balls into the pond.

It is important to note that the oxygen and the pH levels of the pond were measured pre-EM ball drop in order to be able to assess the effectiveness of this method. In order for the EM balls to take effect, we realized that the initial 3,000 EM balls were not enough. Therefore, we held another training a couple days after.

This training was as successful as the first one. Even more importantly, the village members were able to put together the materials, and mix and make the EM balls without the presence of the agriculture expert. Since one of the goals of this project was to train the village members on the method of making EM balls it was nice to see it take place as such.

This time we were only able to make 3,000 EM balls, which were dropped into the pond the following week after they had been left to dry.

To make sure the EM balls would come into full effect, we had to wait a couple days to measure the pond again. Eventually, post-EM ball measurement of the pond water showed that oxygen and pH levels had fluctuated to normal levels for healthy aquatic life for areas where the EM balls were dropped.

Although the result was positive, we do not know how long this will last without an appropriate aeration system. Therefore, as stated in our initial report, we came to the conclusion that for the pond water to remain at normal pH and oxygen levels for a prolonged period, there must be a combination of EM ball method and an aeration system that can be installed into the pond.

We wish to thank Zerina for completing this project, and again extend our gratitude to The Soneva SLOW LIFE Trust for providing the funding. 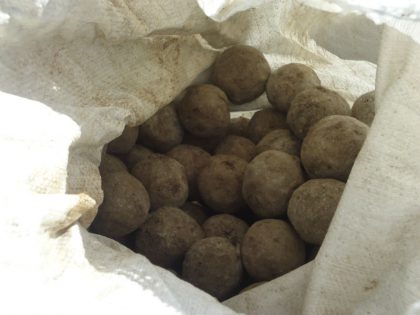 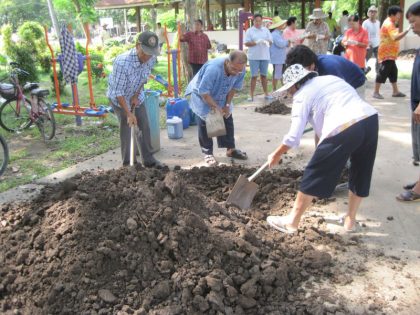 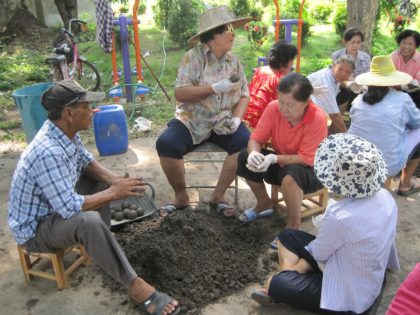 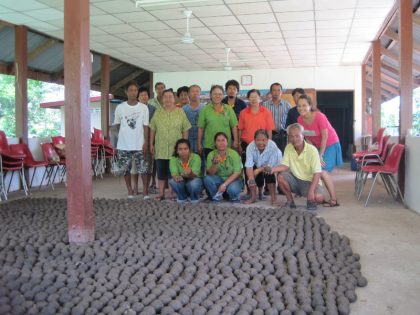