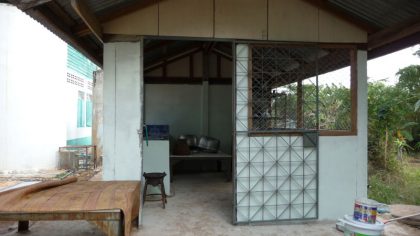 This project was completed on schedule and within budget under the able direction of Janet Rose, Peace Corps Volunteer. To read about the start of the project, CLICK HERE.

The new kitchen was built by donations from three Americans and Six Senses Spa. Before, the kitchen was a part of the school cafeteria/community meeting place with no real space for cleaning, preparing, and cooking food. There was no counter, no water, and no stove. An existing structure with rusted pipes and broken concrete was renovated to be the new kitchen in the following steps:

The building was built within five weeks by the school’s janitor and community members on the School Board. Wives of community members cooked food for the workers and two of the teachers also were involved with the project. Students helped bring soil to level the floor and haul materials. Even though it was rice harvest season, parents and community members found time to work on the kitchen.

The local people often come to the school for special events and are very pleased with the new building. The kitchen is now a separate area from the meeting place. Cooking does not interfere with what is happening in the main area. The building can be locked and kitchen supplies do not disappear. The kitchen is very functional, clean, and sanitary. Everyone is happy with the results.

Both Janet and Water Charity wish to again express our gratitude to The Soneva SLOW LIFE Trust, and to Janet’s friends back home, for making this project possible. 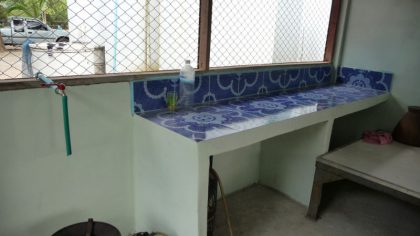 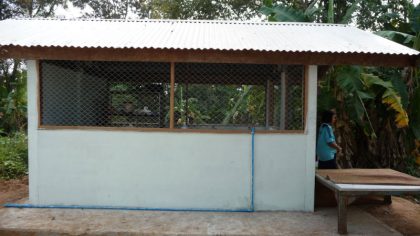