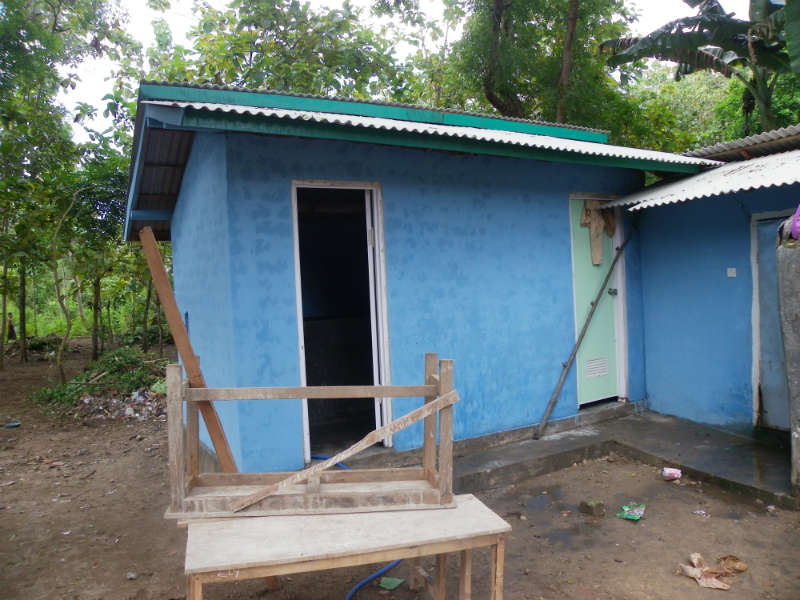 This project has been completed under the direction of Peace Corps Volunteer Olivia Clark. To read about the beginning of the project, CLICK HERE.

The project was to build a new toilet and washing facility for the residents of the At Toyyibin boarding house.

The At Toyyibin Boarding House Sanitation project was implemented on April 12th and successfully finished 11 days later. The project benefits 60 student boarders from the ages 15-24 and 9 adult facilitators ages 24 and over.

The goal of this project was to provide the residents of At Toyyibin Boarding House with a sanitary washing and toilet facility to reduce their exposure to fecal-borne illness.

The construction took place in several different phases. First they dug a hole for the septic tank and the piping, and surrounded it with concrete. Then, they made a foundation 50 centimeters high and installed the toilet. Then, they built a brick wall around it and built an open-air roof. Finally, the builders painted the outside and laid tile on the inside.

The actual construction took place over the first 10 days and the on the 11th day there was a cleanliness presentation given by the local health clinic to the residents of the boarding house.

The community reaction was overwhelming. Residents of the boarding house and other community members have expressed their gratitude and appreciation. I have also had an outpouring of ideas and support for other water sanitation projects in the areas. This project has not only helped the 69 residents of the boarding house but has also spearheaded other projects within my area.

In the end, this project was a complete success, and without Water Charity, it would not have been possible.

We are grateful to Olivia for completing this project. 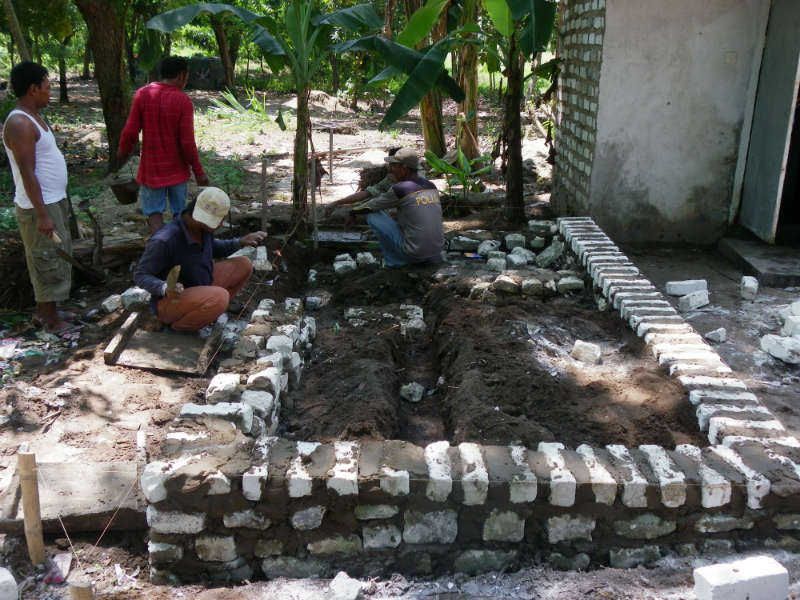 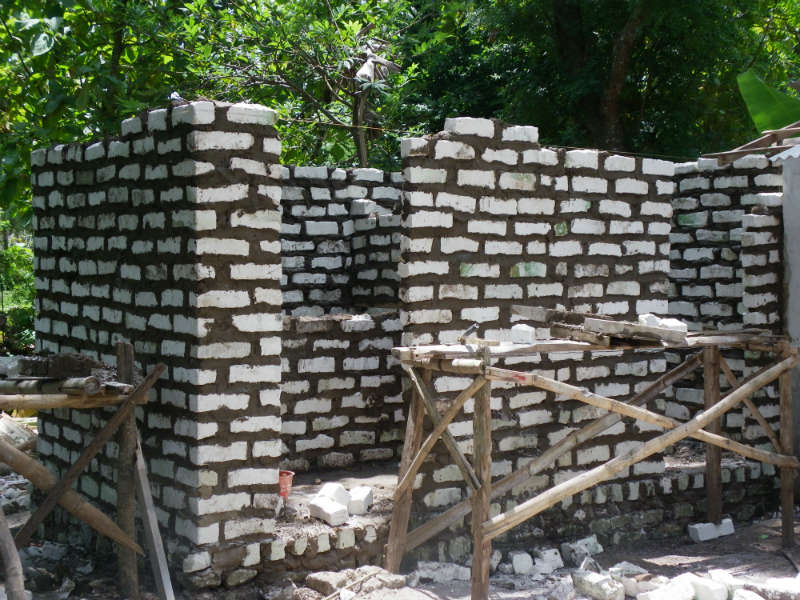