The project was to replace a broken hand pump at the site with a sealed well lined with concrete rings, and an electronic pump.

Work has been completed on the Analalava Special Community Reserve Well Project. The project provides a reliable water supply system to the reserve, complete with a well dug to a depth of 5.5 meters, electronic pump, and tower. The tower feeds water to the various facilities on site, including tourist lodging and restrooms.

With this improvement, the reserve is now better able to attract and welcome many of the thousands of tourists that descend upon the nearby beach resort annually. It also has an increased capacity to host training groups and researchers that come for extended stays. Ultimately, this project contributes to the long term goals of educating more people about the forest, and creating income generation activities for community members living around the reserve. 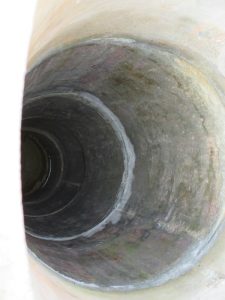 The project used the same technical approach, materials, and community workers as in the Morarano Well Project. Six concrete rings, one meter in length and 80 centimeters in diameter, were molded offsite and then transported to the reserve by truck. They were dug into the red soil to a depth of 5.5 meters by a team of experienced well diggers. On a number of occasions, sticky clay slowed progress, but ultimately, the workers were able to reach a depth where water was prevalent.

After a few months, adequate funding was found by the PCV’s partner NGO and work continued. Large tree trunks from an existing onsite water tower were reused to construct the water tower. A pump was acquired from a city hardware store and installed near the tower. It draws power from an onsite gasoline-powered generator. It can fill the two 200 L barrels on the top of the tower in just a few minutes, which marks a huge improvement over the previous hand pump that broke often and needed to be operated regularly.

The PCV, reserve Manager, staff, and other community members would like to thank all of those who contributed to this project. Without their help, it would not have been possible.

We are grateful to Andrew for seeing this project, his third in partnership with Water Charity, through to completion, despite the adversity. We again thank his friends and family for providing the funding. 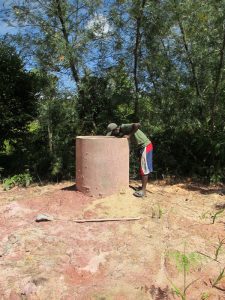 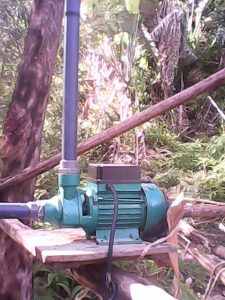