This project has been completed under the direction of Peace Corps Volunteer Maureen Hessel.

The project was to extend the water line from Tumani Tenda to provide clean drinking water to Amdallai.

The Amdallai Water System Project was successfully completed on the 6th of April 2013. Over 60 community members from Tumani Tenda and Amdallai Villages contributed to over 875 meters of trench digging and pipe laying, as well as the construction of 3 tap heads.

The Amdallai Water System Project was an extension to a solar water system that had been established in Tumani Tenda in October of 2012. Having witnessed the success of the initial project, the community of Amdallai appealed to the community of Tumani Tenda about replicating a similar project in their community. The Village Development Committees of both communities were advised by a consultant that the existing solar water system would be strong enough to handle an additional three taps. After consulting with the Peace Corps Volunteer assigned to Tumani Tenda, the committees decided to apply to Water Charity for support in implementing the project.

Having received generous support from Water Charity, the communities of Tumani Tenda and Amdallai began the construction and installation of the water taps to provide clean drinking water to an additional 875 residents. The completion of The Amdallai Water System Project was only possible through the support of Water Charity, Tumani Tenda, Amdallai and The Peace Corps Volunteer assigned to Tumani Tenda.

Alkalo Sanyang, the Village Chief of Tumani Tenda commented, “(that) the completion of this project highlights the generous and cooperative spirit between Tumani Tenda and Amdallai. The gift of clean water made possible through Maureen Hessel and The Peace Corps is not one for Tumani Tenda alone, but should be available to serve as many people as it can.”

The Amdallai Water Project celebrates the power of collaboration in ensuring sustainable development at the community level. On behalf of the community of Amdallai, we wish to thank Water Charity and the donors for making clean drinking water a reality for communities that need it the most.

We, in turn, extend our thanks to Maureen and the community for successfully completing this outstanding project. 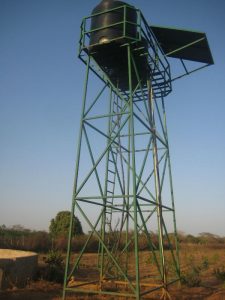 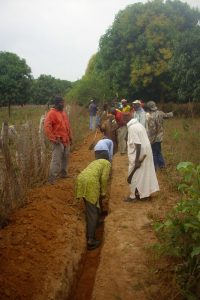