This project has been completed under the direction of Peace Corps Volunteer Brynna Hoggard.

The project was to build a concrete well in Ambavala.

I’m happy to report that the well in Ambavala is officially done!

The funds received from Water Charity were primarily used to purchase the materials and supplies needed for the well, which included gravel, sand, concrete, metal lid, and the seven, one-meter long concrete rings that would provide its structure. The remainder paid for the transportation of materials and the wages of the professional well builder and the two skilled workers he hired for the project. Additional unskilled labor and tools were donated by members of the Ambavala community.

Construction of the well began on April 5th, as workers and volunteers dug to a depth of one meter to allow the first concrete ring to be placed inside. The workers then took turns lowering themselves down into the ring and digging, while the others brought up buckets of sand. As the well got deeper, the additional rings were placed on top and sealed with cement.

By the fifth ring the well was leaning to one side, and the hole had to be widened to fix it. On April 22nd, the lid was sealed on the top and concrete was laid around the base.

The new well is located in the center of the Ambavala community, and can be easily accessed by most households. It is seven meters deep, with a water depth of 2.5 meters, so that it will be able to support the village during the dry season. It has a metal door that will be locked at night, and the community will soon be building a fence around it and posting rules of use.

The community then held a traditional opening and dedication ceremony on April 29th, when the concrete had set and the water was clean enough to begin using.

During the ceremony, they also asked me to pass along their appreciation to you all for helping to give them a close and very clean new water source!

We are grateful to Brynna for completing this excellent project, and again extend our thanks to her friends and family for providing the funding. 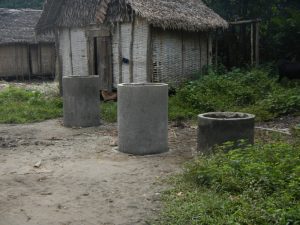 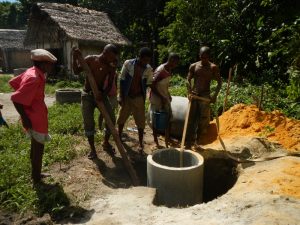 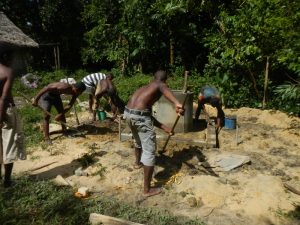 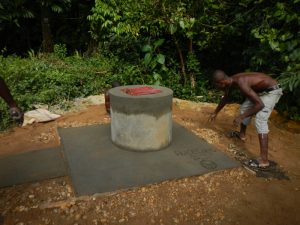