This project has been completed under the direction of Peace Corps Volunteer McKinze Cook.

The project was to bring clean water to the nursery and remedy a number of sanitation problems.

Hello! The Akhaltsikhe Nursery #1 Water Project is complete! In all honesty it’s been done for a few weeks, but in an effort to build the skills of a local university student, I asked her to write a sample report. I also asked her to write the initial application, for practice. So on top of the improvements at the nursery itself, this project also provided some much-needed experience for motivated, capable young person in Akhaltsikhe.

The project was completed successfully, surprisingly without any issues or problems. Our goal was to provide clean, fresh water to the children and staff in the nursery through three different updates to the facility.

First and foremost, pipes were connected from the one working tap in the nursery to the bathroom next door. The bathroom sink now has running water and the toilet flushes. With 60 young children, this was a very big improvement for staff and children.

Secondly, we wanted to purchase a new water tank so water could be stored and used. Currently the city only offers water 2-4 hours per day. Our talented handyman managed to barter and convince the owner of the tank store to sell us two tanks for the price of one! Therefore, the nursery has a tank in the above-mentioned bathroom as well as in the kitchen as planned. Now the nursery has water in three rooms, which is more than sufficient for their needs and, again, a big improvement for the nursery.

Finally, we wanted to provide a sanitary disposal method for the kitchen. Previously there was no working drain in the kitchen so all excess water, grease and leftovers were dumped in the yard where the children play for most of the year. Water Charity funds allowed our handyman to dig a new drain, and now excess waste from the kitchen can be disposed of properly.

I can’t thank you enough for the funds. It is amazing to me how far $500 can go in a developing country. On the day I came to take final pictures, all the staff came to hug me and thank me for helping them. They gave me flowers and made me khachapuri (a popular Georgian dish) and said how thankful they were that they can wash the children easier and keep their nursery clean. They said that even though I won’t be here this winter, they’ll think of me when they aren’t lugging freezing water from home, but instead are able to use the water from the tanks.

In my poor Georgian I tried to explain that it was my absolute pleasure and that the thanks really wasn’t for me but for Water Charity and its donors that make this possible. So please accept my thanks on behalf of all the staff and kids at the nursery. Unlike most efforts during my Peace Corps service, I actually was able to see the impact of my work and that’s incredibly rewarding to me. So thank you, thank you, thank you! 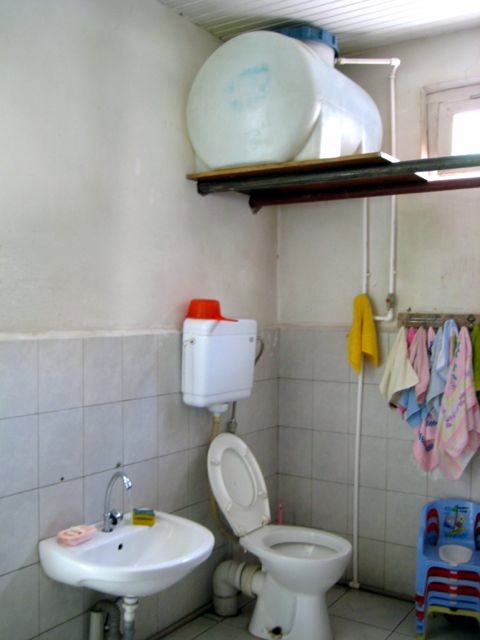 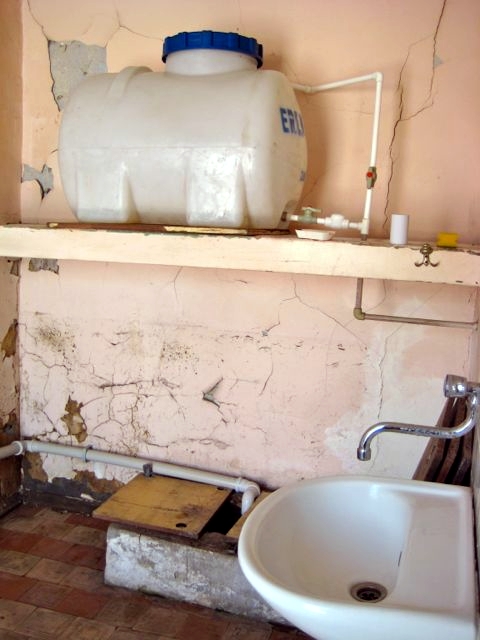