This project has been completed under the direction of Peace Corps Volunteer Anna Lieth.

I am proud to announce the completion of the Ait Khoujmane and Ait Issoumoor Latrine Project! We have completed 35 sustainable two-pit latrines in the community, reaching a total of 210 residents, including 60 women, 54 men, and 96 children/adolescents. At the end of the project, 69 community members had participated in latrine pit digging and latrine construction. 42 community members were able to articulate at least 3 benefits of latrine use. Both the rural health nurse and the master builder gained valuable leadership skills that will help them to lead their own future projects.  I enjoyed working on this grant with the residents of Ait Khoujmane and Ait Issoumoor. They showed me great hospitality and they were wonderfully optimistic throughout.

Through the help of Water Charity, I was able to receive grant funds for the project in mid November, and we began the project right away. The participants were very motivated to get going. Almost all of the participants had dug their two pits, which was part of the community contribution. I began gathering the supplies for the project. I had to get plumbing supplies from a contractor in Rich, cement from a store in Ait Khoujmane, and sand and rocks from a supplier based in Ait Khoujmane.  I had minor setbacks from both the plumbing supplies and the rocks, which slowed down the process, but everything came together and we began building in January, 2015. Throughout the project, the rural health nurse and I held educational sessions with residents on the benefits of latrines. We evaluated residents grasp of the information through informal conversations.

The master builder, Ali Hammouch, did a wonderful job moving the project along. He really brought people together, and he built on his already existing connections in the community to become a strong leader of the project. Not only was he always ready with detailed information about the progress of construction on each latrine, but he also kept up with the individuals involved in the project. This was an essential asset as we neared the end of the project. In February 2013, when most of the latrines were built, four community members reported issues to the master builder. Two of the participants were having difficulty obtaining permission from their landlord to continue with the project. Another participant had a dispute with his neighbor. The last participant was having difficulty completing labor on the two pits for her latrine. Through collaboration between the master builder and the rural health nurse, all of these issues were resolved over the following two weeks with very little interference from me. 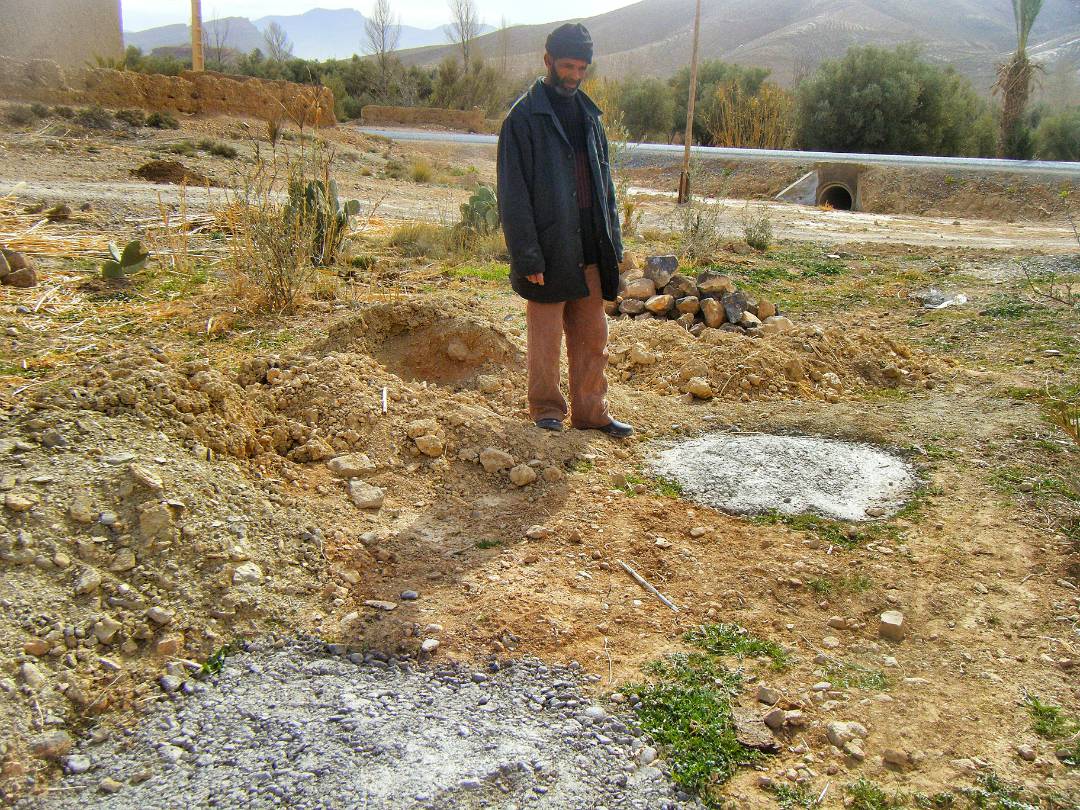 On February 26, 2015, we completed construction on the 35th latrine. On March 3, 2015, I took a final visit to each latrine to speak with the participants and view the latrines one last time. Residents expressed overwhelming satisfaction with the project. One resident proudly showed me a wood stove that he had added to a latrine to make it more welcoming in the wintertime. Another participant proudly showed me the tile that she had convinced her husband to lay in the latrine. The care and detail shown by the residents is a good sign for long term future use of these 35 latrines. In the coming months, the rural health nurse has planned a follow up meeting for participants to ensure continued commitment latrine use and to care and maintenance of the latrines.

I have attached some pictures of community members and finished latrines. I truly appreciate the support that Water Charity has shown for the residents of Ait Khoujmane and Ait Issoumoor.

We would like to thank Anna once again for executing such a fine project.  We still need to recoup funds spent on this latrine project, so please consider donating. 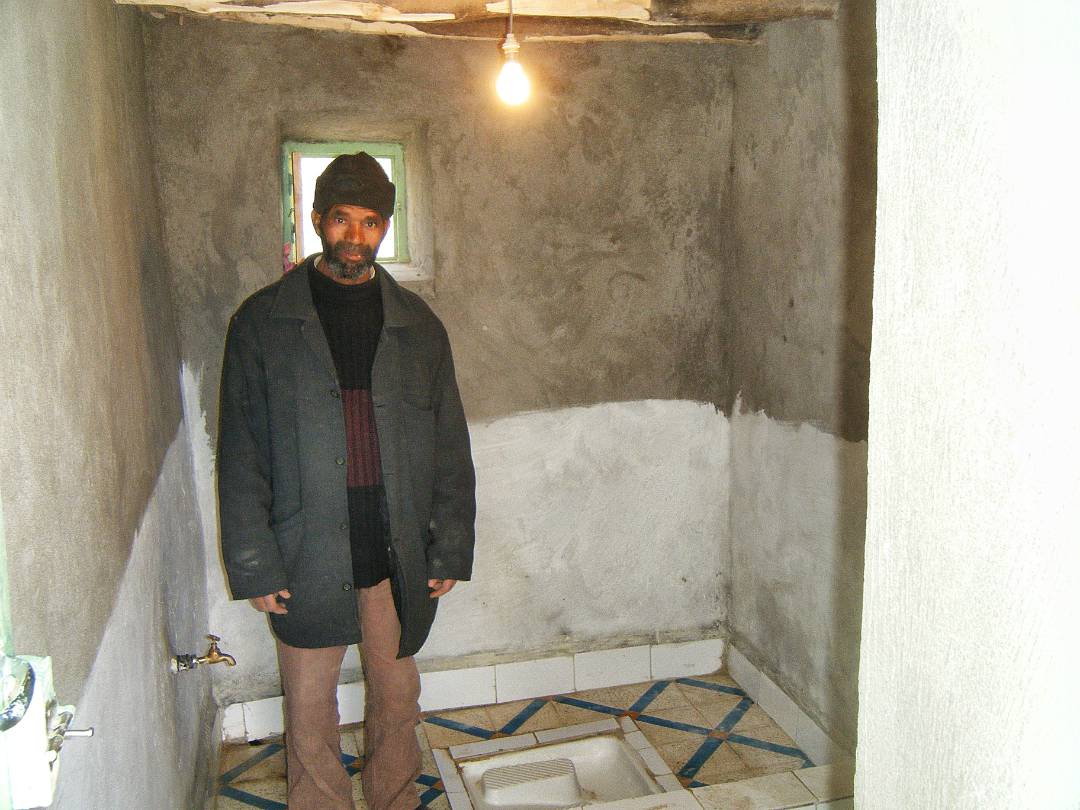