This project has been completed under the direction of Peace Corps Volunteer Garrison Harward. To read about the beginning of the project, CLICK HERE. 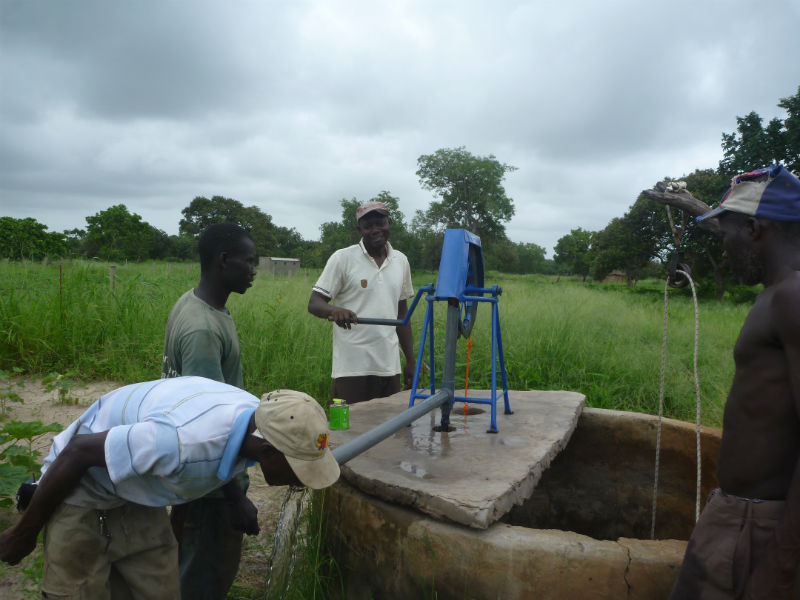 This was by far the most fun I have had installing a rope pump. Firstly, taking a boat through the mangroves to get to the site just sets everything up to feel like an adventure. The villagers were enthusiastic and welcoming, the weather was beautiful and everything went just about as perfectly as it could possibly go.

We started the process like usual with the well cap. We were initially really worried because the sunny morning quickly turned into massive thunderstorms and our cement got caught in the rain. Luckily the clouds parted and we were able to just mix it up really quickly before it set.

We came back a week later for the install, and apart from some logistical problems with catching our boat (we were at the wrong dock), everything went off without a hitch. Lamine, the Toubacouta producer, took charge of everything. He organized the village, mounted the pump, glued the pipe, and threaded the rope. We mostly just sat around taking pictures. This might sound like laziness but in reality, we just weren’t needed, and that’s exactly how it should be. Lamine has become a fantastic producer and an expert on this system. He knows it inside and out, can troubleshoot just about any problem, and keeps making improvements to the design with every pump.

Less than an hour after we started the installation, we were done, and as you can see, this pump is one of our most efficient ever.

The village thanked us in the usual fashion, handshakes, invitations for lunch and tea, and of course a promise to come and visit each other in the future. As we were leaving, Lamine said we needed to make one stop at another person’s house. It turns out that he had sold a pump to an individual household on the island and it was having some problems. He quickly made a few adjustments and then it was working great once again. This little tune up was free of charge. That’s just the kind of guy Lamine is. He’s also the kind of guy who wears a Winnie the Pooh hat.

Total Number of People Benefiting: All 35 women who work in the garden along with their families will benefit from increased watering capacities. 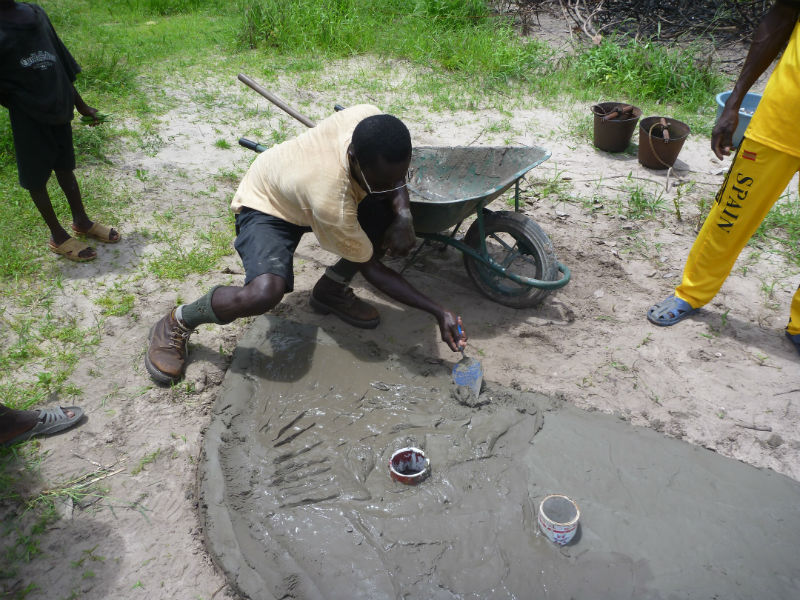 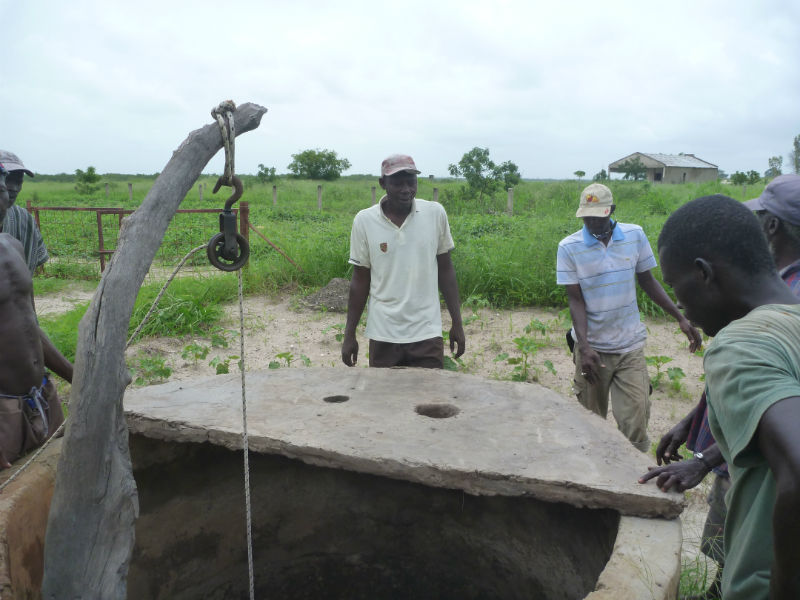