This project has been completed under the direction of Peace Corps Volunteers Marcie Todd, Kyle DeBoy, and Garrison Harward. To read about the beginning of the project, CLICK HERE. 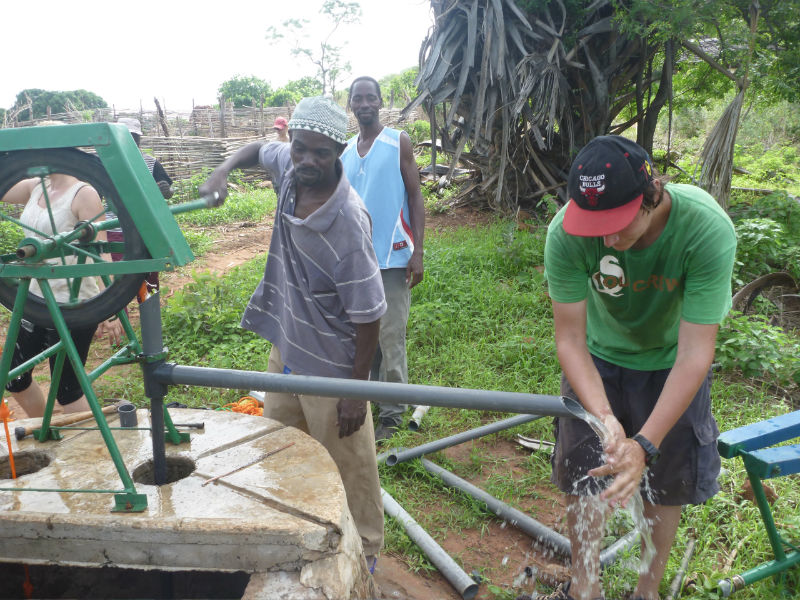 This work day could not have gone more perfectly. It started the day before in Kedougou where we purchased the supplies we needed and met with the Kedougou pump producer to describe the new system.

He unfortunately wasn’t able to make it to Segou but was thrilled to see and hear about the new system. We taught him how everything works and assured him that if he has any questions we’re here to help. Another volunteer who will be working with him on Pumps in Kedougou was able to attend the install so they should soon be able to start up production down here as well, with a little trouble-shooting of their own of course.

We went out to Segou later that evening and had a wonderful meal of funyo (a local grain similar to quinoa) and chicken. We were with a large group of volunteers who all agreed to help out at the campament with a myriad of projects in exchange for a free night’s stay. It was really a ball hanging out with everyone. Even so, we ended up going to bed pretty early as this was the 5th of July and we were all still a little tired from the 4th of July party in Kedougou.

The next morning we were up at dawn though, and at the pump stripping away the old material and getting everything ready. After breakfast the rest of the crew came down and started their various tasks. We took a couple of volunteers and prepared the pipe, threaded the rope and then dropped everything into the well. We connected the final pieces turned the handle and in less than an hour from when we started it worked! 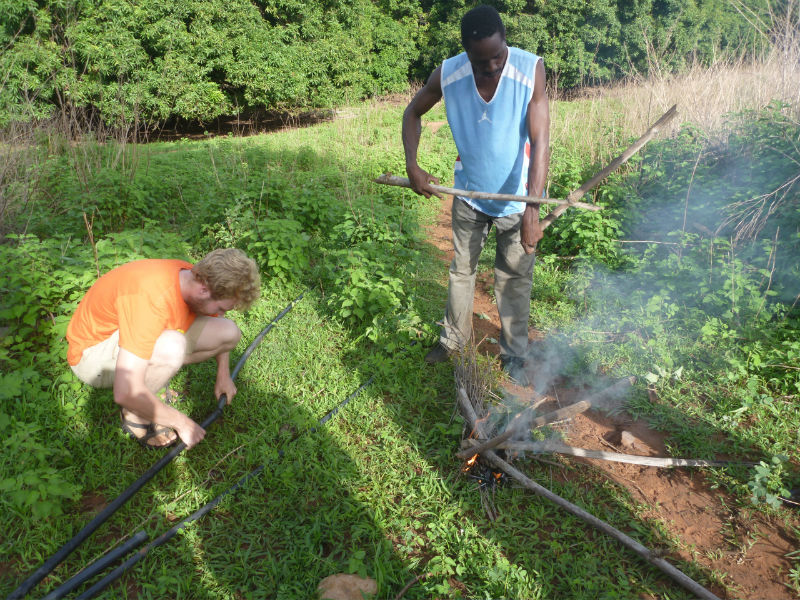 I yelled up the hill “We’ve got water!” and everyone came running. The staff and owners of the campament were thrilled and just kept pulling up more water until the whole area was soaked. They thanked us profusely and kept saying how much better it was than the previous system. After much hand shaking we calmed everyone down enough to explain the system and what to do if they had any problems. We also connected them with the Kedougou pump producer in case they ever need to make any big repairs.

Funder: This project has been fully funded through the generosity of Susan Smith, of Rockville, MD.