This project has been completed under the direction of Peace Corps Volunteers Garrison Harward and Erica Berlin. To read about the beginning of the project, CLICK HERE. 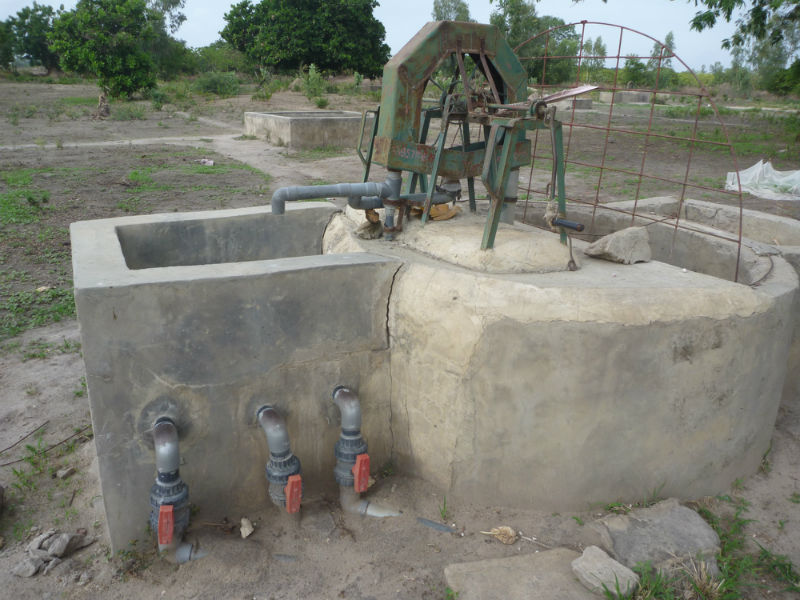 The final two pumps in this garden contained just as much baggage, but after the first one we knew what to do and they went pretty smoothly. Pump number two had a mysteriously missing rope and a pipe that was too short for the current well water level. We’re in the middle of the rainy season but the wells here still haven’t replenished due to years of below-average rainfall. The water level should increase, but in the meantime the extended pipe here and new rope and other parts should do the trick.

The third and final pump had by far the most issues. Someone had tangled another rope in the pump rope and ended up pulling up the pipe in their attempt to fix it. We had to go into the well to get everything untangled and pulled up before we could continue. Once everything was detached we replaced all the broken parts, threaded a new rope in a new pipe and put it all together. And that was it. Water!

The day was very long indeed, but completely worth it when we had all three pumps up and running. A group of girls who were doing laundry by the wells that day wouldn’t stop giggling and thanking us and playing with the fixed pumps. 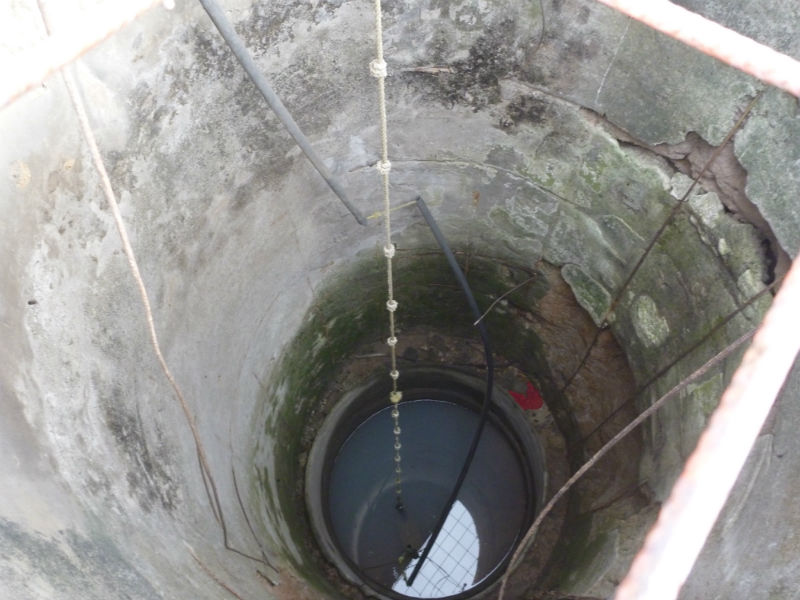 We stopped off in the village on the way home and made sure that everyone had each other’s contact information in case future repairs are needed. Now that these pumps have a functioning support system they should help this group continue their gardening success for many years to come.