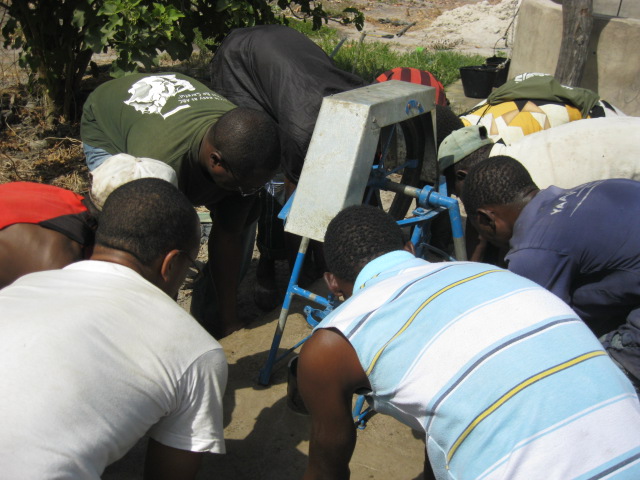 This project has been completed under the direction of Peace Corps Volunteers Marcie Todd, Mary Cadwallender and David Gloveski. To read about the beginning of the project, CLICK HERE.

The Thiewol Lao pump was the first difficult pump we’ve had in quite a while. The first time we tried to install the pump the technician accidentally grabbed the wrong size rope. The second time we went to install we realized the mason had cemented the opening a little out of place. This doesn’t sound like a big deal, but the two centimeters the hole was off made it impossible to fit the piping correctly. Both times we drove the hour and a half back to Kolda in a sullen mood. As the say, “the third time’s a charm”. We brought the mason, the right rope, and higher spirits, and finally got the job done right.

May in Kolda is a consistent 110 degrees making people lethargic and irritable. Everyone does their work in the early morning and spends the whole rest of the afternoon under a cool tree, drenched in sweat. It is not common for folks to tend a garden during the months of April, May and June, which means that the prices of veggies skyrocket. Gano takes advantage of the high price of veggies and works hard in his garden. He’s got it down pat and harvests right when the prices are at their highest.

The pump installation will surely help Gano water more efficiently so that when the heat of the day comes he can rest. 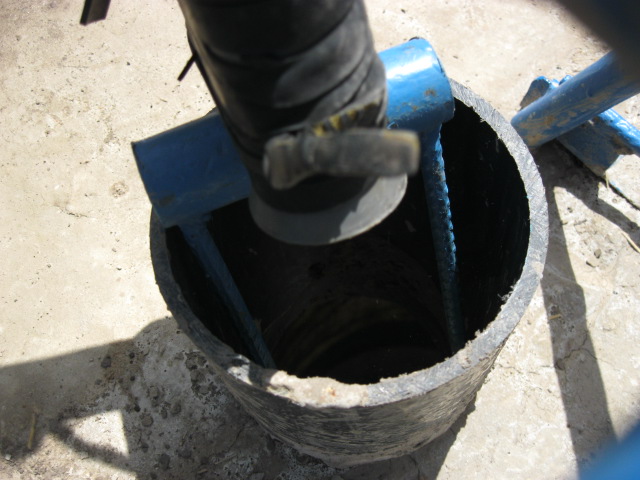 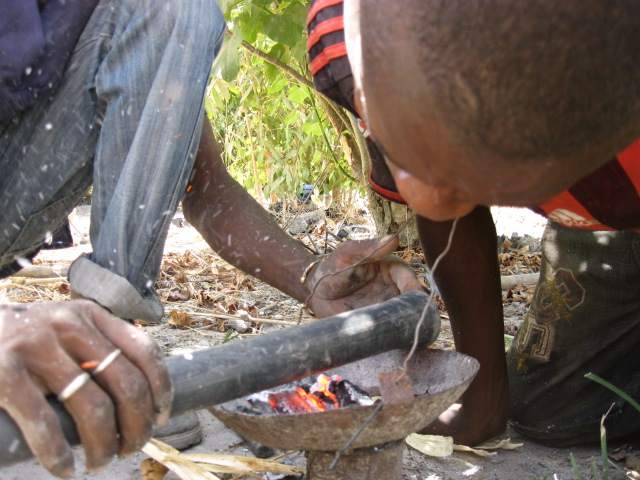