The early morning before arriving at Hann Maristes Prison I was a little nervous that maybe I had forgotten something essential from Kolda. The trip from Kolda to Dakar is 14 hours in the best of situations and missing one important thing could cause a series of mishaps. I checked my luggage two or three times to make sure I had it all and then went out to look for a taxi. It is always a risk to get into a taxi when you are unsure where you are going, but I was lucky to find a driver who knew the exact location. 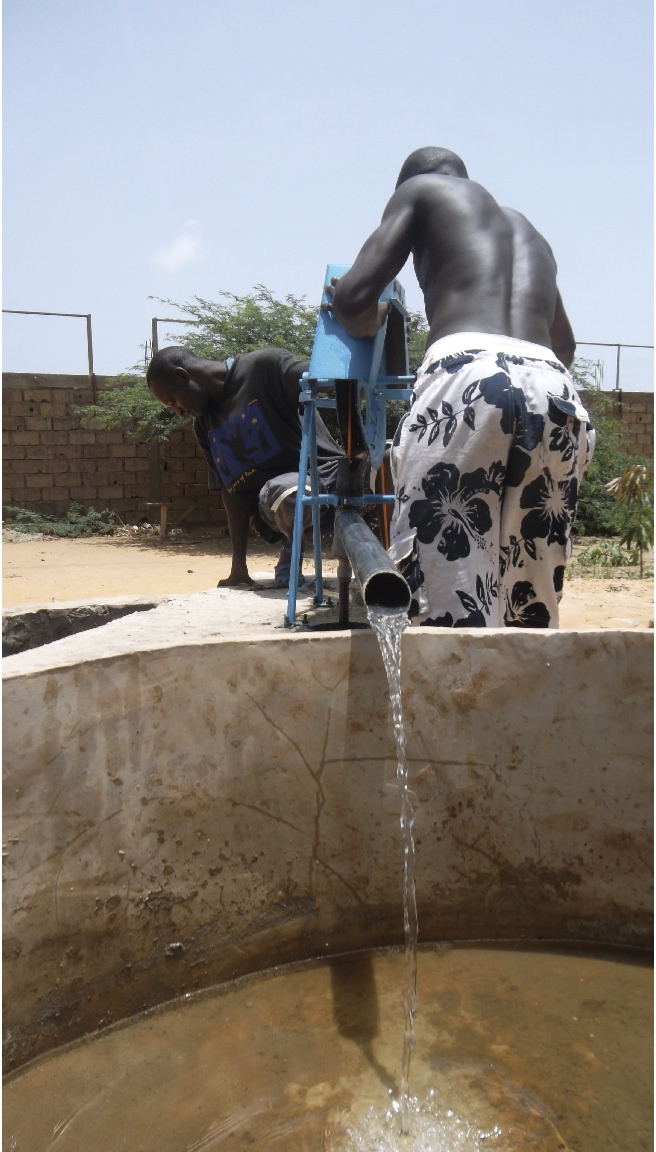 Upon arrival to the prison for the first time I was greeted by the Tostan Fulbright Scholar, Marie who contacted us about putting in a pump, and Cisse, the guard. They promptly went on a search to find a mason to mold the well cap and by 4:30 pm the cap was beautifully done.

5 days passed, the cement had set and it was now time to do the installation. This time when I arrived the 6 boys who regularly work in the garden were there, along with Cisse and the social worker Saliou. The boys were very interested in the work that was ahead of us. They wanted to be involved in every step of the process and do all of the work. They were so passionate, willing to learn, and problem solve.

We started by lighting a fire and melting the PVC a bit in order to create joints where one pipe could fit snuggly into the other. We threaded the rope and then glued the PVC together and added the block on the bottom whose job is to stabilize the PVC. Then we waited for the glue to dry.

In the past we’ve tried to lower the pipe before the glue had dried and everything comes undone. We have to pull the system out, re-glue, and then wait even longer. Patience is key to doing pump installations.

After waiting for the glue to dry we noticed a huge crack in the PVC that sits in the block at the bottom of the well. This would pose a huge problem, as the rope would get stuck in the pipe and therefore prevent the pump from working. We promptly broke the bike open to salvage the pieces inside and casted a new bottom brick. We had to wait another three days for the brick to set before finishing installation.

3 days passed and we decided to start the day with a small coffee party. David Vaughan, the Peace Corps Volunteer that works at the prison, Cissee, the 6 young men and I watered the garden, then relaxed under the tree while waiting for coffee to brew. Around noon we rounded up the group and put the pipe in the well. After knotting the rope we gave it a test. It was a little bit tough at first but after the knots settled into place it became simple to turn and had a really nice flow. The boys were really excited and washed their smiling faces in the water flow.

The pump installation in the Hann Maristes Prison was completed in conjunction with Tostan. Here is a bit from them:

The goal of the Prison Project is to improve the lives of prisoners in Senegal in five major prisons in Thies, Dakar and Rufisque. The project aims to strengthen prisoners’ capacities and self-esteem and to train them in income-generating skills so that they can positively reintegrate into their families and communities and permanently sustain a new way of living after having served their sentences. Women and youth in prisons are the main focus, as women and youth are often the poorest, least empowered, and most vulnerable members of society.

The Hann youth prison is the most recent program of the Tostan Prison project, initiated in January 2011. Tostan staff lead classes in social empowerment and basic literacy modules conducted in Wolof. Tostan also provides prison participants training in microcredit and small project management and actively facilitates the prisoners’ reintegration in their families and community.

Total Number of People Benefiting: 60-100 people, depending on the week 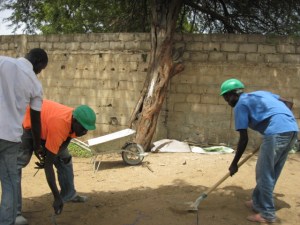 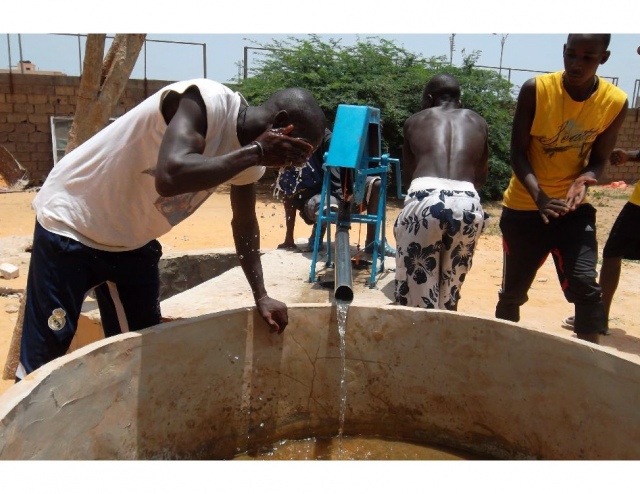