Keur Andallah is still just as far away as it was during the prep for this install. This morning I was up once again at 6 am and on my bike for 25 k, then we worked all morning and I rode home after lunch. Needless to say I am exhausted. It’s all worth it though when at the end of the day there’s another working pump.

We started this install several weeks ago but had to put things off a bit when I got sick. In early July we cast the well cap and in the process found a new mason who is by far the best team Kaolack has used thus far. He was amazingly quick at picking up our technique for casting the cap without a form, and spent probably an extra half hour making sure that everything was perfectly level and smooth.

After I got back from Dakar we scheduled a day and I came out for the rest of the install. All of my previous mistakes finally paid off! This install went phenomenally smoothly. Well with one exception, but we’ll get to that in a second. We started by threading the rope through the pipe and gluing all the joints. While that was drying we tipped up the well cap, washed it off, and placed it on the well. Next we lowered the pipe into the well and adjusted the length to fit under the cap.

Here’s where we hit a little snag. The block at the bottom was sitting on a little ledge when we thought it was all the way at the bottom of the well. This means that when we trimmed the pipe it was just a little too short. We can still fit the pipe in the connecting fixture but now it has a tendency to want to fall out. We may end up gluing it even though that will make the pump less easily maintained.

In the end everyone was very pleased though. The output is fantastic and because the pump is being used as a water source for animals as well as people, even the men were getting involved with pulling water. There is a slight problem with the bolts in the concrete but that is being re-cemented today and shouldn’t pose a problem in the future. 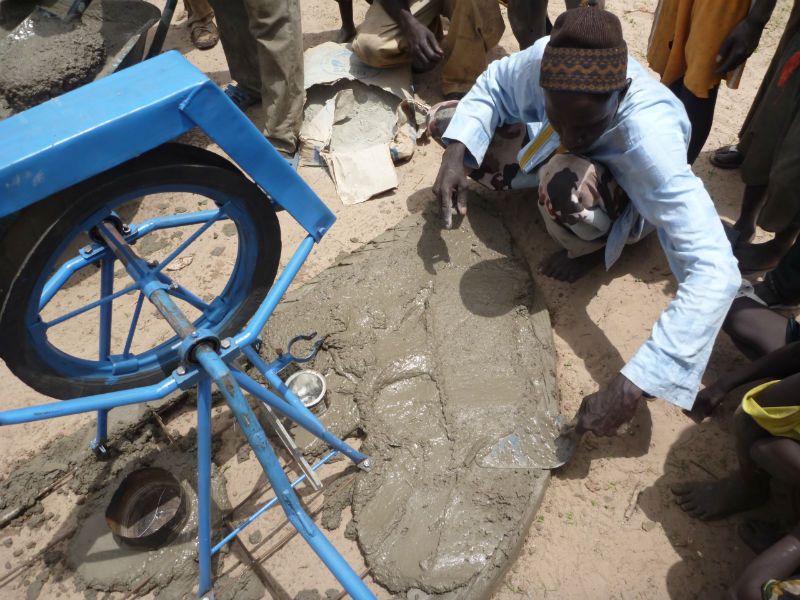 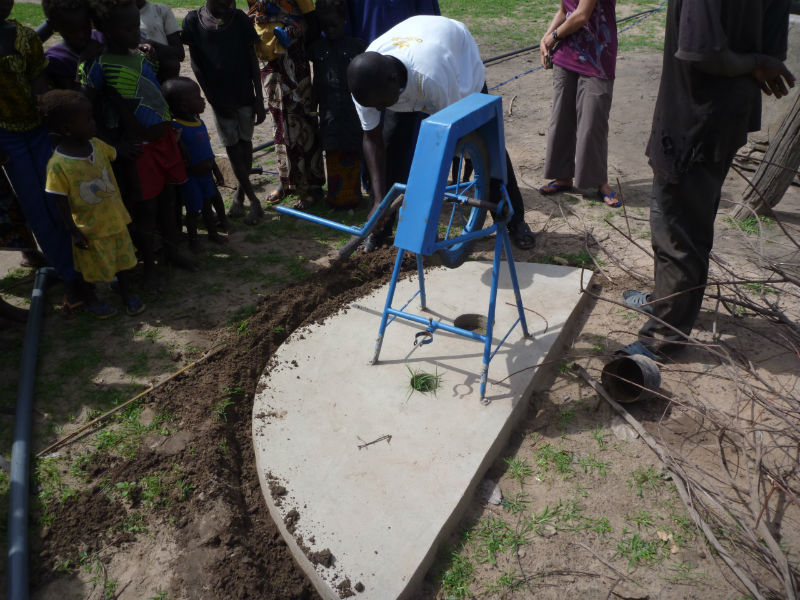