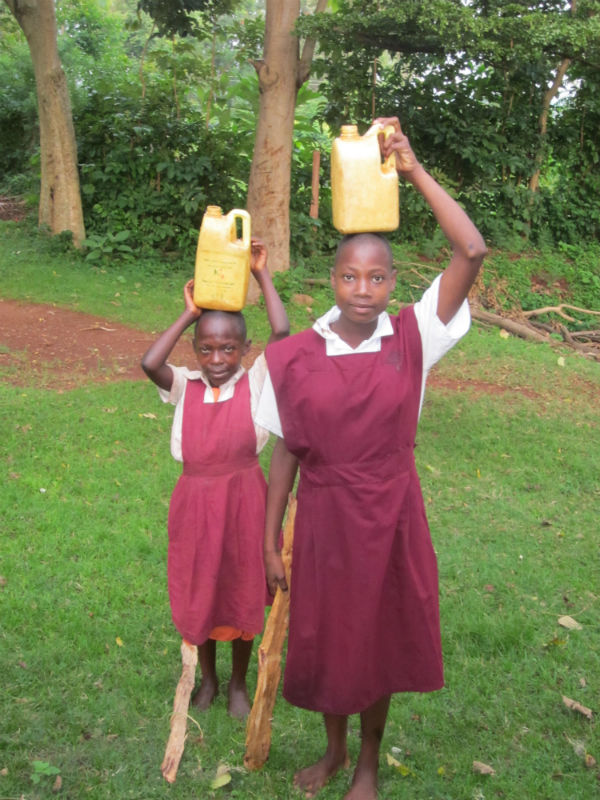 The pump installation in Saare Samba Thika was different in many ways. The challenges in weather, the triumphs with the new members of our team, the demographic of well users and even the shape of the well were unlike what we had seen before.

Saare Samba Thika is composed of 98 people and only two wells. Of the two wells in town one has drinkable water and it is located in the largest compound in the village. We usually do not install a pump for an individual compound, but this is a special case. The compound itself has 46 members which composes more than half of the town. The compound and its well are very much a community space. All 98 members of town drink from this well and most come to hang out under the mango tree that sits directly in the center of the compound.

The wells in Samba Thika are square. I thought this might pose a problem for the mason, who is used to working with circular wells, but Sow (the mason) handled it like the professional he is and fashioned a perfectly fitting well cap.

Between the time of making the well cap and the 4-5 days it takes for the cement to dry properly we ran into some roadblocks. Almost instantly Saare Samba Thika’s community pump became slow moving. There were two major reasons: 1. Rainy Season and 2. Training a New Welder. 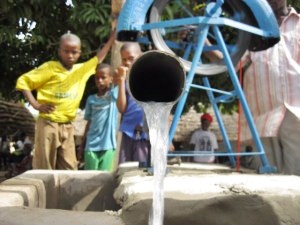 1. Tobugol [tōb- Ū- gŭl]- to rain.
Though tobugol’s meaning is translated to, to rain; to rain and tobugol are not synonyms. To rain is a complete understatement. It is more like Allah himself is directing hundreds of hands to pump a synchronized symphony of hundreds of wells onto the Koldan land and once the rain has stopped you’re left feeling like the last cheerio in the bowl; soggy and surrounded by liquid.

Rainy season is now upon us! It is clear that we will need to be more prepared, with more materials on hand, and be ready to install as soon as it is sunny out.

2. Introducing Sow.
Sow is our new welder. He is a short and stocky man who wears a winter hat and heavy jacket even on the hottest of days. He owns a small space on the main road into Kolda where he and his team of 9 weld doors, chariots, seeders, motorcycles, and almost any other thing of which you can think.

Sow is a brilliant man who clearly loves his profession. It has only been a week and a half since we started with Sow, but each time I stop by his place he is bursting out of his winter jacket to tell me of a new slight tweak he has made to the pumps to make them better. His most recent invention is a pump for schools designed so that the headmaster can take the handle off during recess. 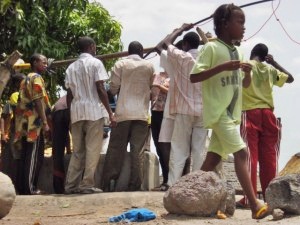 Though Saare Samba Thika’s pump installation took longer than expected I think we gained some valuable insight and members to the team because of it. In rare instances, I guess it is okay to not be on time.