To read about the beginning of the project, CLIC 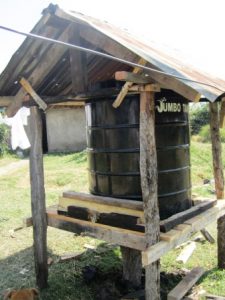 The project was to install 3 handwashing stations on the school grounds.

The Chebunyo Boys Secondary School handwashing stations are up and running!

After receiving the funds, the Peace Corps Volunteer went to Bomet to pick up the tanks and needed materials. Unfortunately there was a problem with the order and we were only able to obtain three 500- liter water tanks instead of the desired 750-liter and two 500-liter tanks.

Once the materials were delivered to the school, the carpenter was called on to construct the three stations within the next week. A timber platform was built, complete with a tin roof and gutter system which will allow rainwater catchment.

The tanks (with taps installed) were then securely placed on the platforms.

Overall the stations took 3-4 days to complete. The students had already received a hygiene and sanitation lesson and were taught how to properly use the stations.

The Principal of the school would like to express his gratitude “to the PCV’s American friends for making this possible, and God Bless!”

We are grateful to Cassidy for completing this project, her third in partnership with Water Charity. We again extend our thanks to Jesse Twyman for providing the funding. 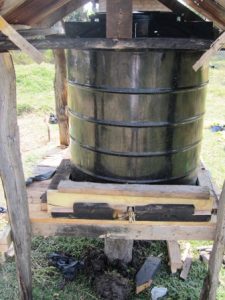 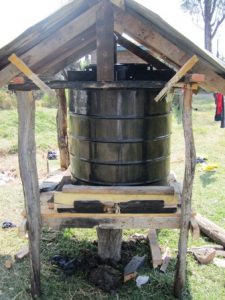