Community Description
Ingotse sub-location has a population of approximately 15,000. The majority of individuals are subsistence farmers and excess land is generally used to cultivate cash crops, such as sugar cane. Though a typical family has only enough money for an acre or two and a mud and thatch hut, families average more than five children.

Restricted diets, malnutrition, physical labor, and poor sanitary conditions lead to a high incidence of illness, and the only health care option available to most is what is offered by the Bushiri Rural Health Demonstration Center. 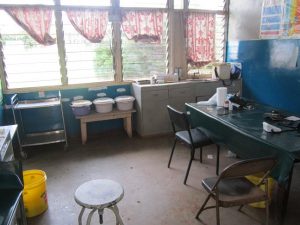 The Bushiri Health Center came into being as a community-led facility in the late 1960s and was taken over by the Kenyan government in 1989. The clinic is staffed by nine nurses, two Registered Clinical Officers, seven support staff, three Community Health Extension Workers (CHEWs), and a team of 50 volunteer Community Health Workers (CHWs).

The clinic serves a catchment area of approximately 35,000 individuals in five sub-locations, with the majority of the patients from the surrounding nine villages of Ingotse.

Bushiri Health Center sees between 180 and 200 patients per day. Acute cases are treated in the wards, which consist of 12 beds, four cots, as well as four maternity suites, which see approximately 30 live births per month.

In addition to front-line services, the clinic now also boasts a working laboratory, allowing for efficient diagnosis of common diseases, as well as an AIDS/TB comprehensive care clinic. The health center provides free medical care and medication to pregnant women and children under 5 years.

However, the clinic has no running water. Since the time of government intervention in 1989, the center has anticipated the arrival of piped water, to the extent that the buildings are already fitted with pipes, taps and sinks, flush toilets and bathing areas. However, due to a lack of funding, water has never flowed through the pipes. 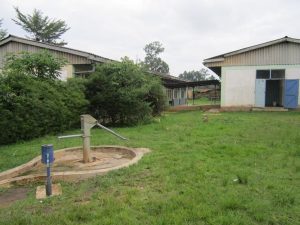 Staff have identified the cross infection as a real concern, particularly given the lack of hand washing between patients. This, coupled with a scarcity of disposable gloves, appears to be a highly dangerous practice.

For the first time in the health center’s nearly 50 years of existence running water will be available in one of the three buildings on the compound, piping water to the clinic’s emergency room, pharmacy, antenatal clinic, and a bathroom.

In February 2010, The Water Project, a local Kenyan NGO, sponsored a well on the health center’s compound. The center will now update the wellhead, creating a high-pressure pump. This manually operated pump will move water into an elevated storage tank, and gravity will pipe the water into the facility using plumbing installed by the government years ago.

Water Charity funds will cover the cost of updating the wellhead, the water storage tank, and fabricating the tank stand, and materials.

The health center will cover all labor costs as evidence of stakeholder investment in the project.

Local technicians will be contracted to install the tank and pipes. Once materials have been procured, the estimated construction time for the project is one week.

Project Impact
This project will benefit 14,967 people, the number of individuals living in the nine villages for whom the health center is their primary health care provider.

Comments
This is a crucial project that will have an extremely high impact if only measured by the sheer numbers of those who will be touched. Most people cannot comprehend the delivery of health services without running water, and obvious public health problems are created. Remedying this situation here, and in the thousands of other health facilities in similar circumstances, should be of utmost importance to anyone with moral concern.

Dollar Amount Needed
$0.00 – This project has now been fully funded through the generosity of Paul Jackson, of Worcestershire, United Kingdom, with the help of friends and family of Peace Corps Volunteer Latham Avery.

We encourage others to continue to donate using the Donate button below, and we will notify Latham of your donation. Additional funds will be used to fund the next project by Latham and/or those of other PCVs in the country of service.