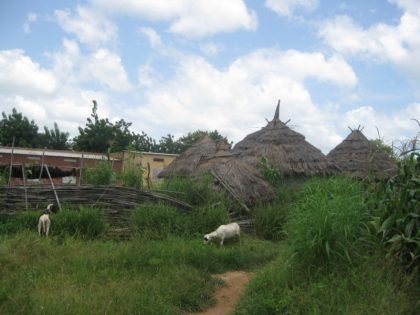 Community Description
Bougaribaya is a rural village in western Mali, where the main source of income is subsistence agriculture. The community has a primary school and a secondary school, which serves 2 villages.

The village of Bougaribaya has a population of about 2,000, and is the head of a commune of over 7,000 people.

In Bougaribaya, there is a water tower that brings water to one tap in the village. However, the tap costs a small amount of money (about 3 cents per bucket), so its accessibility is limited to many of the villagers. 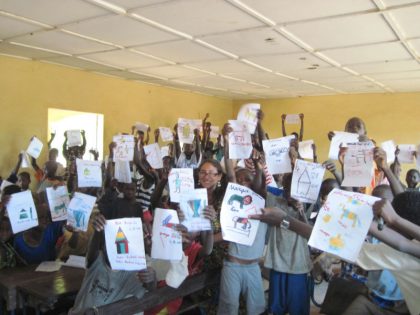 There are two working pumps. The majority of the villagers, however, access water through wells, many of which are hand dug.

Despite efforts at sensitization and technical training, treatment of drinking water is still largely unpracticed in the village. Sanitation issues in the community are exacerbated by a general lack of sanitary practices such as hand washing and the use of latrine covers. Soak pits are only built in a small portion of the compounds in the village.

The wells pose a significant issue to the health of the population, as trash is strewn across the village, mainly consisting of food scraps, plastic, paper goods and organic material such as straw and corn husks. In addition, the trash also includes animal feces which are deposited almost everywhere in the village, since animals are allowed to roam around without any sort of fencing systems for the majority of animal owners. 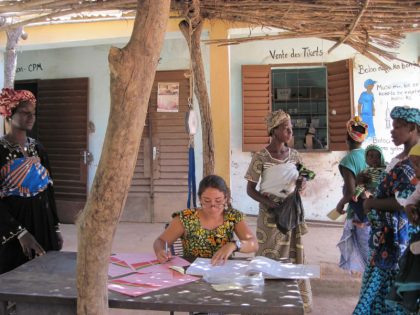 Trash and animal feces can be deposited close to the wells, most of which are hand-dug and unlined, posing serious risks of contamination leading to water-borne illnesses. These trash piles also pose a health threat as they attract flies and other insects which can carry diseases that contaminate food and water sources. During the rainy season, they create breeding grounds for mosquitoes, adding to the enormous issue of malaria in the area.

The Director of the Bougaribaya First and Secondary Cycle Community School began a program with the students of the second cycle to clean up the village. However, due to a paucity of rakes, shovels and wheelbarrows, the program is not very extensive.

Project Description
This is a project to improve the sanitary environment of the village through the elimination of the trash and animal waste that exists throughout.

Project funds will be used to purchase tools to be used by the volunteer group from the school. 50 rakes, 10 shovels, and 3 wheelbarrows will be bought and put into use.

The school director has already begun to organize the school children into small weekly campaigns during Wednesday or Thursday afternoons, when there are no classes at school. Currently, only a few students are able to take part of the cleaning campaigns, but there is a huge interest by the students to expand the campaign.

The waste that is picked up will be transported by wheelbarrow to the outskirts of the village, where it will be burned.

The school has a stock of face masks to be used during the cleanings, as dirt and dust often create a dangerous atmosphere for the children to breathe in. The health center has also offered to donate plastic gloves to the children during the campaigns.

The community and the school will provide all the labor for the cleanup.

During the cleanup sessions, which will be held once a week at different areas in the village, the students will also hear lectures on the importance of keeping a clean and sanitary living environment to reduce disease.

In addition, the school will do a theater show on the importance of the environment, water, and sanitation, with the theater group in the school, to aid in improving education on these issues throughout the community. During the training the director, with help of the other teachers and the volunteer, will do weekly animations on different health issues concerning water and sanitation.

Project Impact
This project will benefit the 2,000 people in the village, including the 600 students in the first and second-cycle schools.

Comments
This is a sanitation project with a huge public health benefit. For a very small financial commitment, the volunteer labor of the community and the school is harnessed to create a massive impact on the problems facing the community.

The project has great community and school support, is well planned, and is designed with sustainability in mind.

Dollar Amount Needed
$0.00 – This project has been fully funded through the generosity of the Elmo Foundation.

We encourage others to continue to donate using the Donate button below, and we will notify Peace Corps Volunteer Dina Carlin of your donation. Additional funds will be used to fund the next project by Dina and/or those of other PCVs in the country of service.