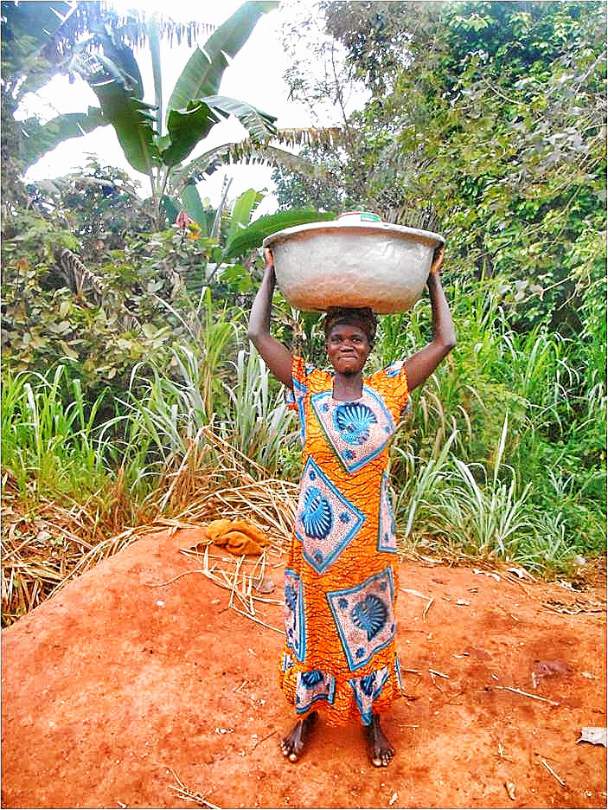 Community Description
Bonkwae is a rural farming village in the Brong Ahafo region of Ghana.  Most people in the village are subsistence farmers or cashew cash croppers.

Problem Addressed
Within the Bonkwae community there is a shortage of clean, potable water during the dry season.  The two boreholes no longer provide enough water year-round to support the roughly 1,000 local residents.

Many of the community members are forced to walk far distances to polluted rivers to fetch water for their family’s daily water requirement. Collecting water from these sources is not only harmful due to increased waterborne diseases, but also takes away from important daily activities, such as attending school, farm, or work.  This is especially true for women and children, as they are most often required to fetch water.  The Bonkwae community has identified the lack of clean water as an immediate concern of utmost priority.

Bonkwae currently has one borehole with 3 taps, located on the southern side of the community (the community is split in half by a major highway connecting Techiman and Sunyani). A well on the northern side of the community, downhill from the village, about 800 meters from the current borehole, is in need of restoration.  It is located near a small river and has an ample water supply year round.  However, children collecting water for homes on the northern side of Bonkwae have to cross a high-speed highway to access water.

The mechanized well broke down some years ago and now the current method of accessing the water is with a rope and bucket.  The Ghanaian government originally installed the well by using community funds. Unfortunately the community does not have the resources to fix this mechanized well. 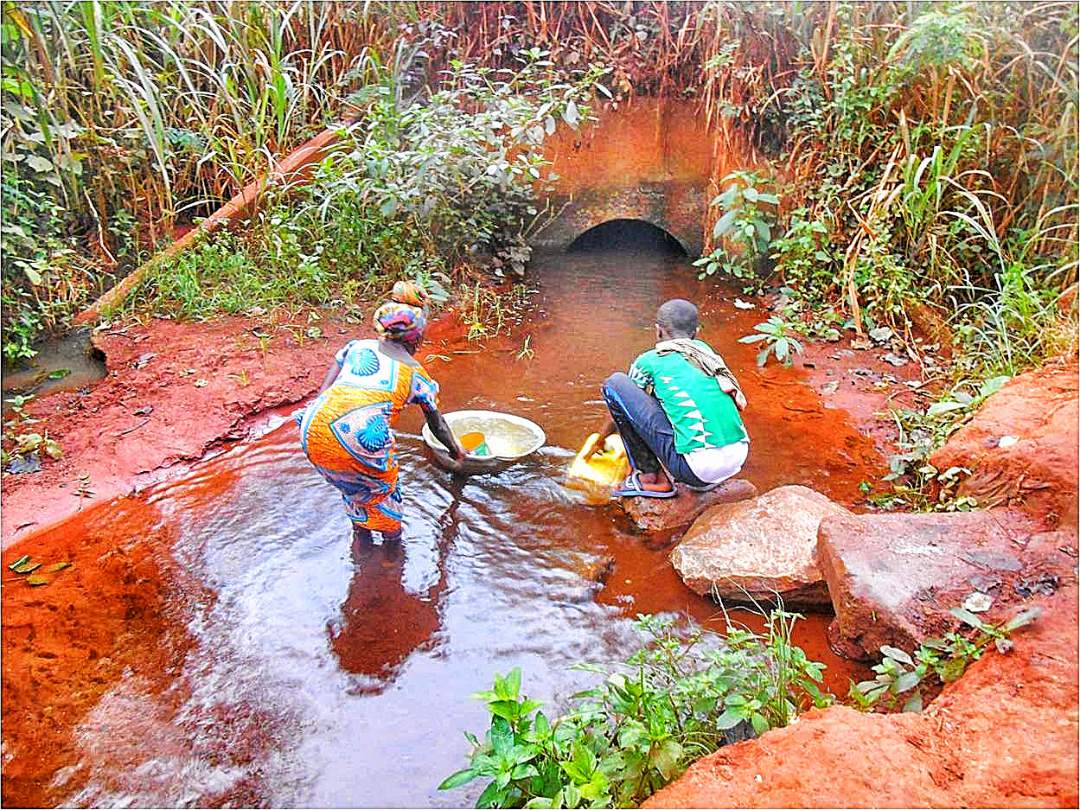 A community meeting run by the chiefs and the Bonkwae WATSAN committee will be held to plan out the communal labor days, the sustainability plan and to discuss how the project will work.

Water Charity funds will be used to purchase the following construction materials: sand, cement, gravel, pump, polytank, pipes and fittings to create the pipeline for the water system.

The community has already done the water quality test, and the water tested high quality.  The community will purchase tiles for the water set-up and in-kind labor to clear the land, survey it, set the tiles and construct the system.

After the land is cleared by community members, the construction of the pipeline will begin.  The pipe has a diameter of 1.5 inches, and will be buried 2 feet deep.

The construction of the pipeline will be completed by Joshua Oppong, an expert borehole plumber. He will employ local masons and laborers to assist him. The digging will be done by local community members as a common community labor practice. 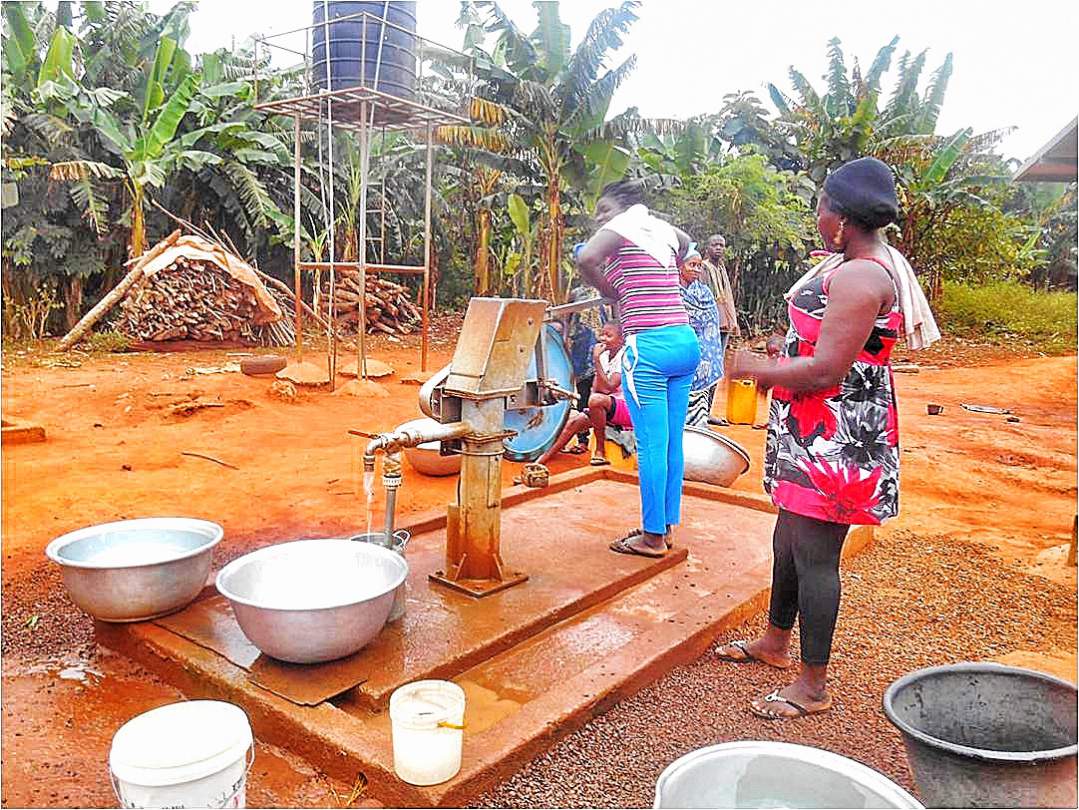 Monitoring and Maintenance
Traditionally, a woman will manage the pump by collecting a small water fee (20 peswas per huge metal head-pan/bucket) and locking the taps at night or when the electricity is off. The water fee is saved and used to fund repairs and replacement parts for the borehole. She is also responsible for keeping the area clean and preventing mistreatment of the resource.

The Bonkwae community has a WATSAN (Water and Sanitation) Committee set up and trained by the Municipal Assembly’s Department of Water and Sanitation.  The Bonkwae WATSAN committee was trained on how to address and identify issues for the current boreholes, either by repairing or contacting professional assistance. They also have a savings account at a local bank. Money collected from the use of the current boreholes have been saved and put aside in the account in case any needs to repair the facilities were to arise.

With the proposed project, a similar plan will ensue.  Bonkwae residents will be charged for the use of the pipeline and money saved will be added to the savings account for future 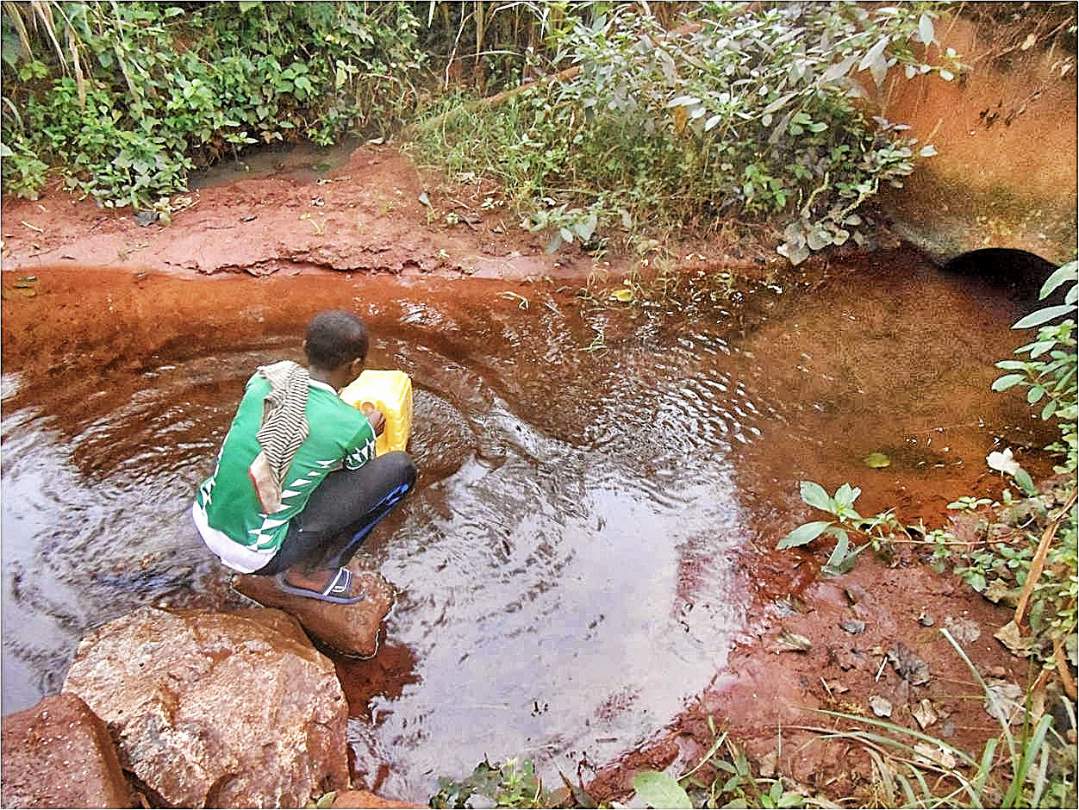 Additionally, the Bonkwae WATSAN committee will hire a professional to conduct water testings annually in the Bonkwae community.   Further training on how to maintain the proposed pipeline will be also be provided by the Municipal Assembly’s Dept. of Water and Sanitation. Change the World of One will provide training sessions in Twi to the WATSAN committee and the village elders to guide them in creating and implementing their sustainability plan. On-the-ground Ghanaian staff members of the nonprofit organization will check in on the project periodically, continuing sustainability trainings and receiving regular reports from Bonkwae’s WATSAN committee.

Comments
The goal of providing year-round access of clean, potable water will be achieved through the construction of this water system. 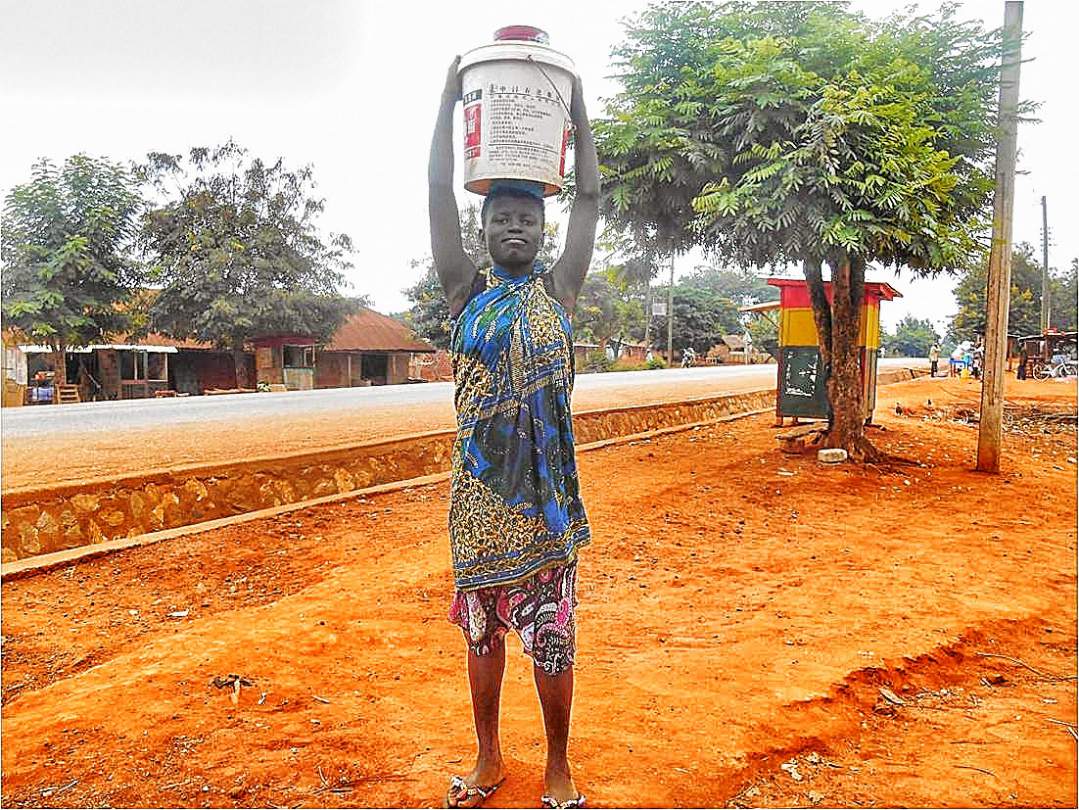 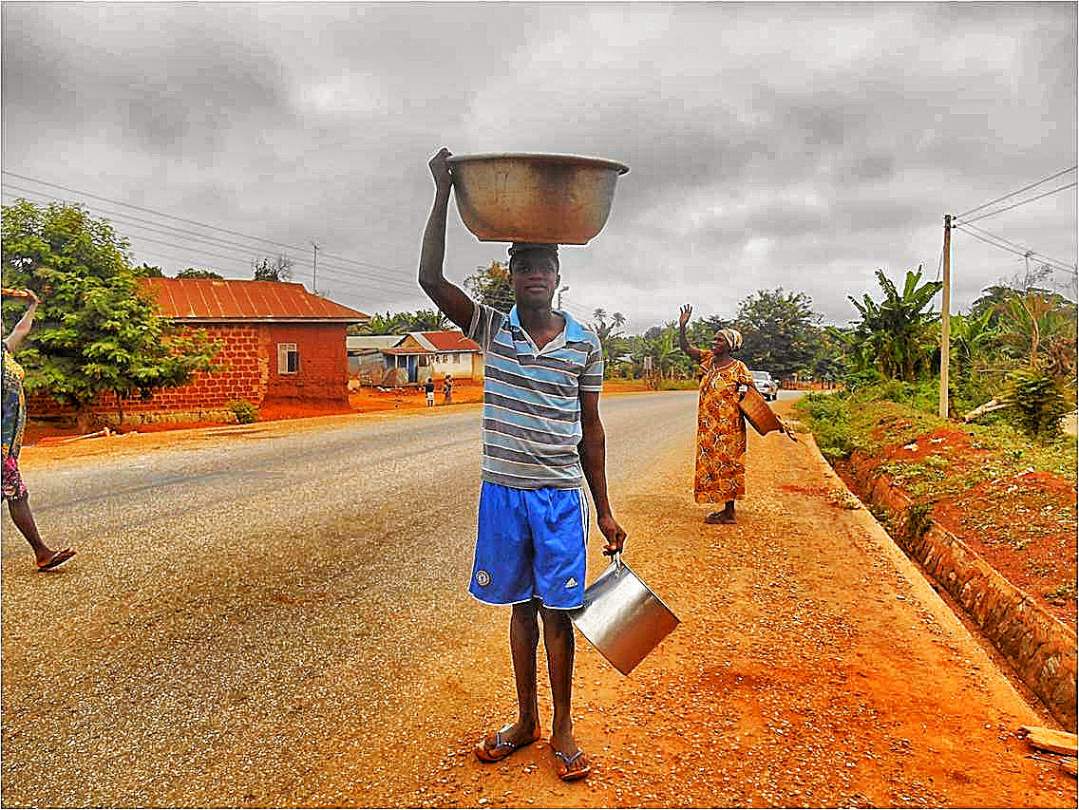 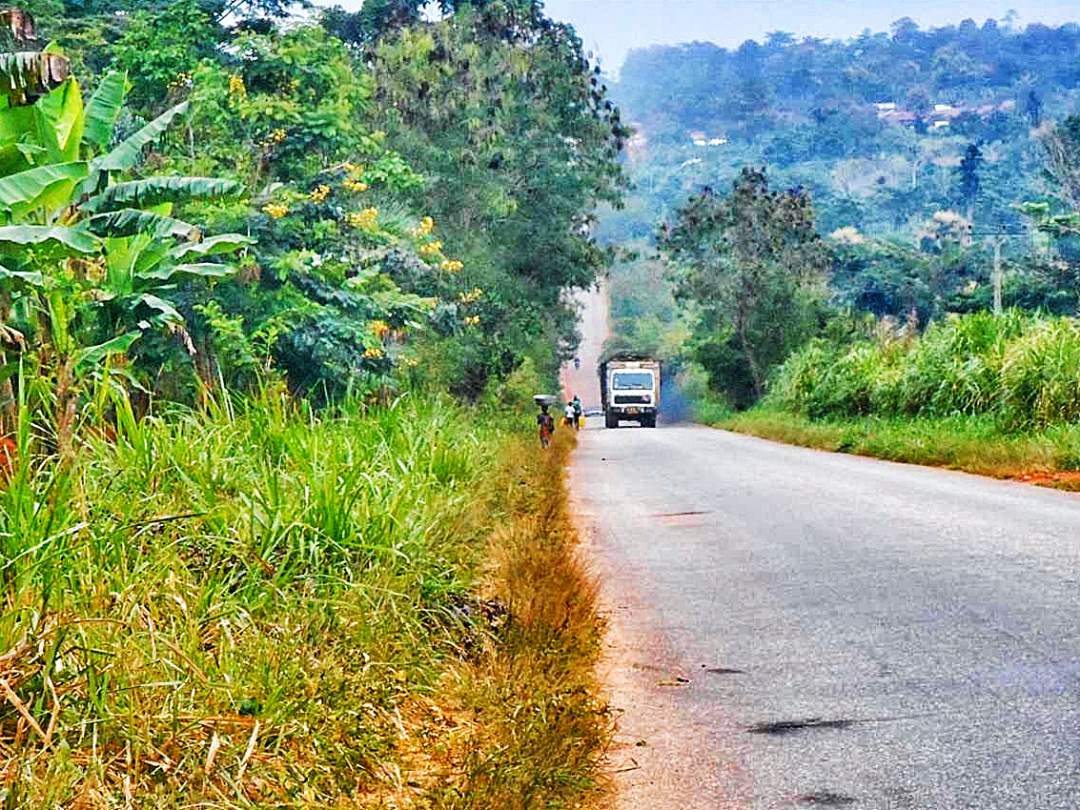 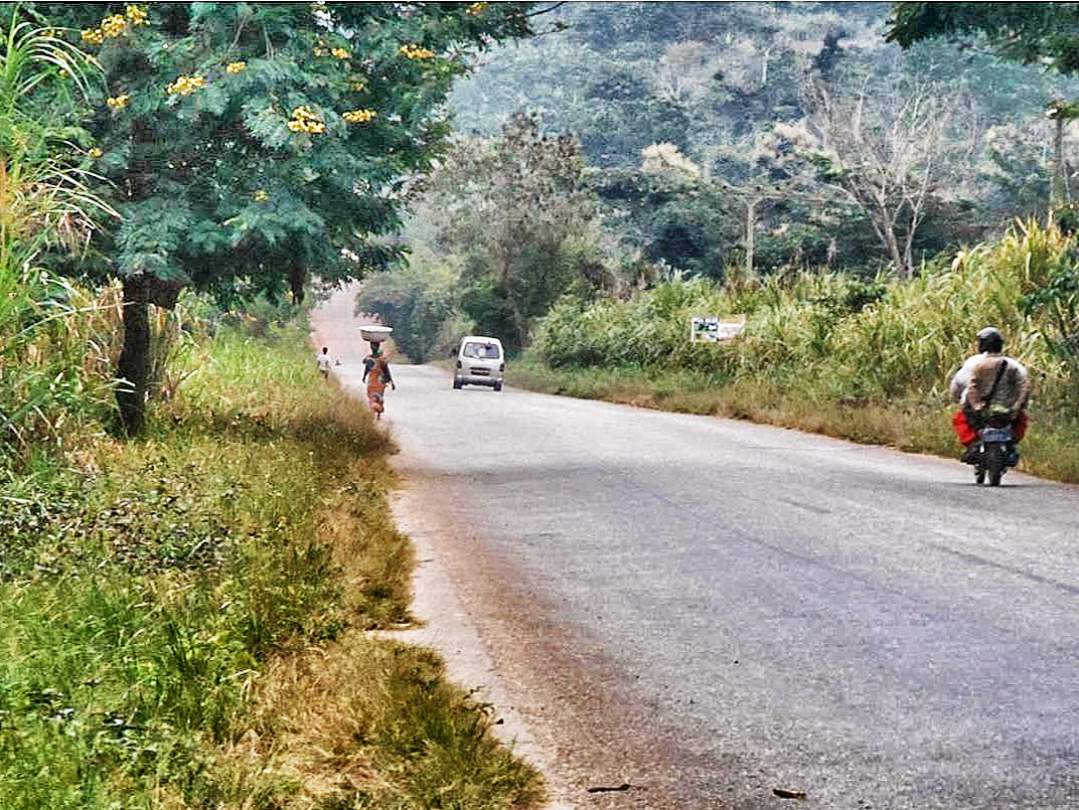