This project has been completed under the direction of Returned Peace Corps Volunteer Jasmine Staff. The project was designed to rehabilitate a well and pipe water to the village. Before commencing, a better plan was devised, which was completed successfully. To read about the beginning of the project, CLICK HERE. 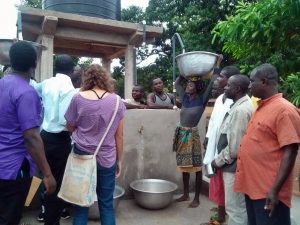 This project ran into a few bumps along the way, but the end result turned out perfectly. We had originally decided to run a pipeline from a borehole outside the village to an existing dry borehole within the village, but once the work began the community found out that the outside borehole was not suitable for their needs. The chiefs, community members and the country director of Change the World of One (CWOO) reconvened and devised a new plan, which was to drill a brand-new borehole within the center of town where the land was lower and there was still plenty of water.

Drilling of a very deep hole and construction and assembly of the mechanized setup commenced. Thus, a brand new mechanized borehole was created. A polytank was placed on a raised cement platform and a spigot wall was created that has four faucets – two on the wall and two with extra-long arms extending outwards.

There is now an abundance of clean water easily accessible to all 1,000 residents of Bonkwae. No longer do children and women have to walk miles to fetch water from a dirty water source. Now they have more time to go to school, do homework and do chores around the home. They don’t have to make the perilous walk along the roadway every morning, since the new borehole is right in the center of the village where everyone has easy access to it. The danger of waterborne illness is no longer a threat to these villagers.

The community is absolutely ecstatic with the results of this project – thrilled that they no longer have to worry about the previous dangers and excessive burdens they had to endure just to fetch their daily water.

Here are some reactions from a few community members in Bonkwae:

The chief said “εnε deε mεda” (today I will sleep), now that we have water.

The women and children kept saying, “yε nnante mmrε nsuo ho” (we will not walk miles for water again) and the assemblyman concluded by saying “yε da mo ase paa” (We thank you very much).

Overall, this project was an enormous success. It has effectively and enduringly changed over 1,000 lives in a small village in West Africa. Not only are the people there safer and healthier now, but they have experienced a community-building event in which they had to work together to build something for themselves. Also, they now hold the knowledge that strangers from across an ocean care enough about them to go out of their way to help them help themselves and change their world.

Thank you again, so much.

We are grateful to Jasmine for completing this excellent project. 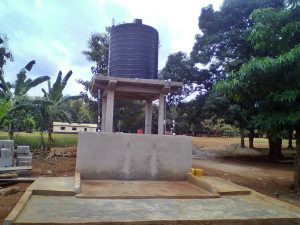 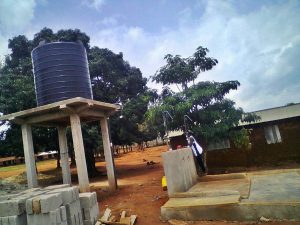 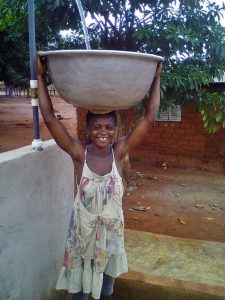 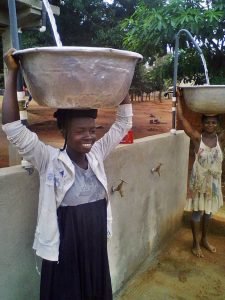 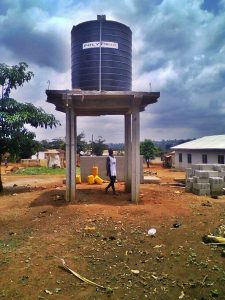 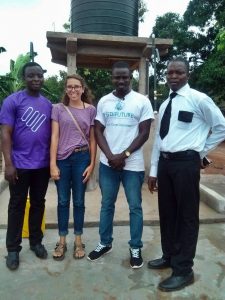