New Groups Being Trained in Liberia to Make Filters!

This project is made possible through the partnership of WATER CHARITY and the NATIONAL PEACE CORPS ASSOCIATION working with Friendly Water for the World. 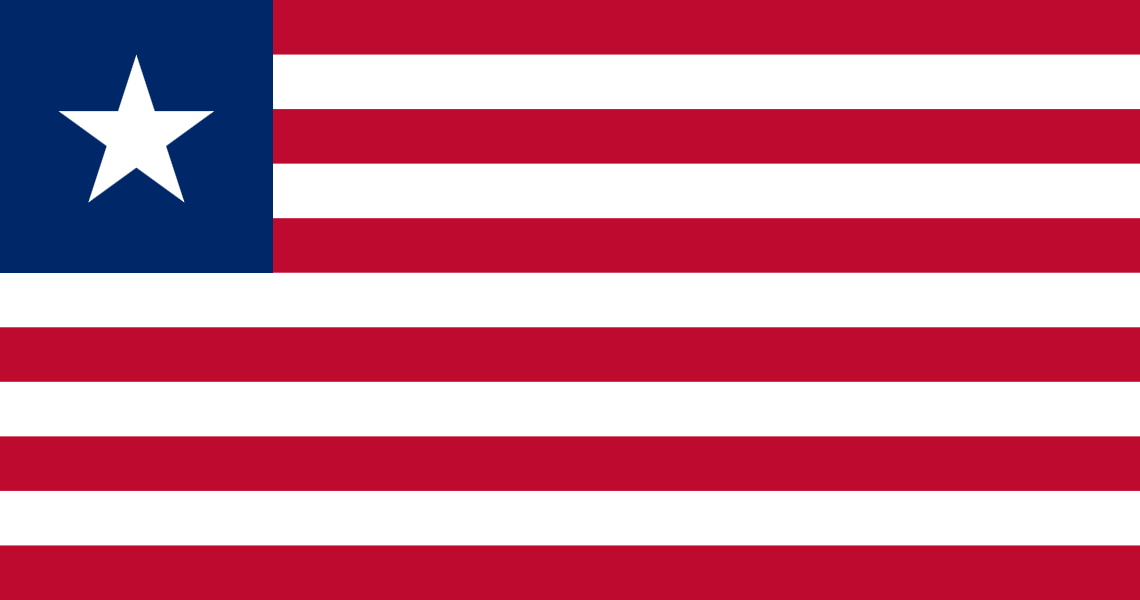 The first and second Liberian Civil Wars took place from 1989 to 2003, and destroyed much of this very small country. A combination of tribal hostilities, personal power grabbing, and interference from neighboring countries left some 250,000 dead, and a million displaced, and most of the water and power infrastructure destroyed. The country has been faced with trying to rebuild trust and infrastructure at the same time. It hasn’t been easy.

WHO reports that only one out of every four Liberians gets water from an “improved water source” – this doesn’t mean that the water is safe, only that it comes out of a pipe. In the countryside, the percentage would be far lower than that. It is estimated that as many as one out of every five Liberians die of a condition related to unsafe water and inadequate sanitation. Many rural and urban areas are almost entirely without toilets. Cholera and other waterborne illnesses are common. 80% of the population lives in poverty; unemployment is extremely high, and the cause of continued unrest.

Between 2014-2016, there were almost 11,000 cases of Ebola reported, and close to 5,000 deaths. However, it should be noted that many cases went unreported. At the start of the outbreak, there were only 50 doctors in a population of 4.3 million. Liberia was declared “Ebola free” in early 2016.  However, even at the height of the Ebola epidemic, far, far more people were dying from waterborne illnesses. And while much foreign assistance was received, little of it has gone to improving water and sanitation conditions.

Today, there are over 4.7 million people in Liberia, and WASH continues to be the biggest issue.  There is hope, though… as Water Charity is part of a multi-NGO effort to bring clean water access to every person in Liberia by December 2020.  See our Rivercess Well Repair Program – Liberia for details. 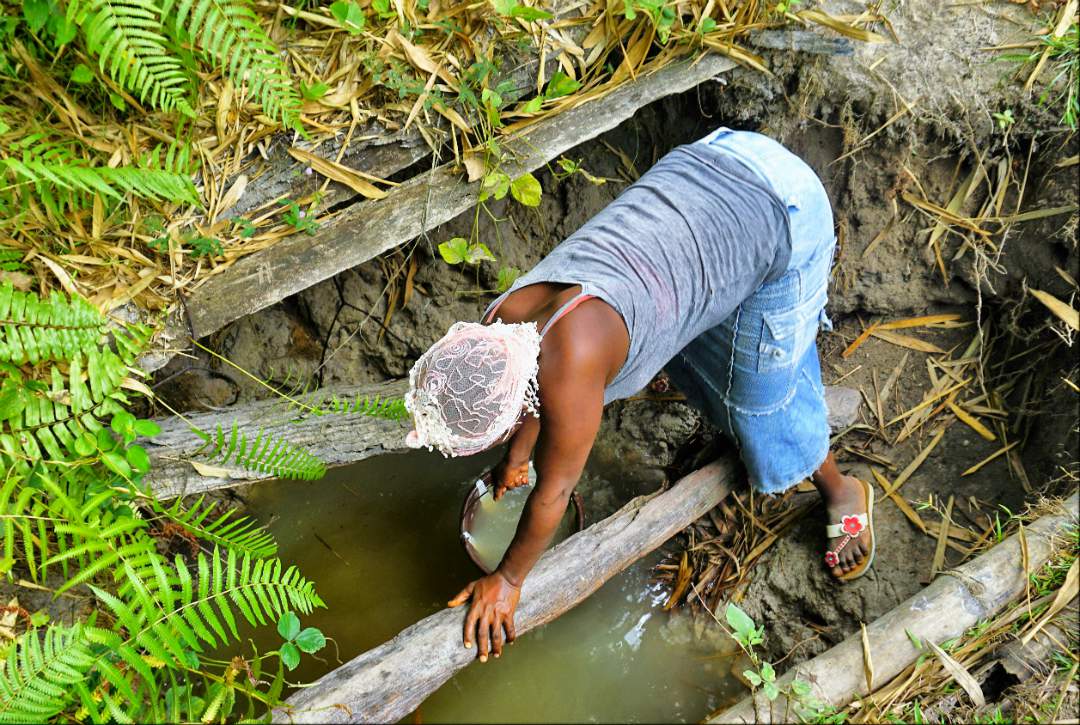 Four groups will be trained in the fabrication, distribution, installation, and maintenance of BioSand Water Filters, and in the teaching of sanitation and hygiene.

The Alternatives to Violence Project (AVP) is a training program designed to enable participants to respond to potentially violent situations in new and creative ways. First developed by Quakers and others working in U.S. prisons in the 1970s, it has since proliferated around the world. The first training was organized in Liberia in 2010, and it has spread. Many of the participants are students, and are also seeking employment opportunities, and are excited about BioSand Filter projects.

Camp for Peace Liberia (CFP-Liberia) was established in 2005 by a group of visionary youths with the goal to transform the lives of young people through community-based education and awareness in response to the manifest need for sustainable peace and development. CFP-Liberia was incorporated in 2010 as a non-profit organization with an overarching goal to contribute to the development, empowerment and self-sustainability of young people in Liberia. It focuses on the promotion of the culture of nonviolence, reconciliation, promotion of education, and creating awareness of accountable governance and social transformation. It creates opportunities for young people to be equipped to deal with their Post-Traumatic Stress Disorder (PTSD) and to participate socially and economically in Liberia’s post-war development. CFP also provides micro-credit to enable youth to establish their own enterprises. To focus on its vision, mission and goal, CFP is supervised by a management team comprising of 75% young people including a vast number of volunteers who offer activities through a network of trainers.

AVP and CFP-Liberia will be trained as a single team.

RICCE – The Rural Integrated Center for Community Empowerment (RICCE) empowers rural communities to participate in decision-making in Liberia, with emphasis on issues that impact on their lives and threaten community peace and security. To do this, RICCE facilitates community based peacebuilding and conflict resolution processes, and works for the promotion of biodiversity and transparency in natural resource management. RICCE was established by development specialists, engineers, health professionals, grassroots activists and professors at the University of Liberia who were alarmed by the conditions of rural residents in 2005. At the time it was observed that the rural people were neglected when it came to political decision-making, economic opportunities, better schools, hospitals and basic protection of fundamental human rights. These conditions still exist today, contributing to conflict in Liberia. RICEE is also involved in advocating for women’s rights, promoting female empowerment through programs that allow them to participate in leadership and decision-making processes.

Peaceful Lutheran Church in Paynesvile, on the outskirts of Monrovia, will be hosting the training, and will be sending a team to be trained, with a workshop to be set up there. 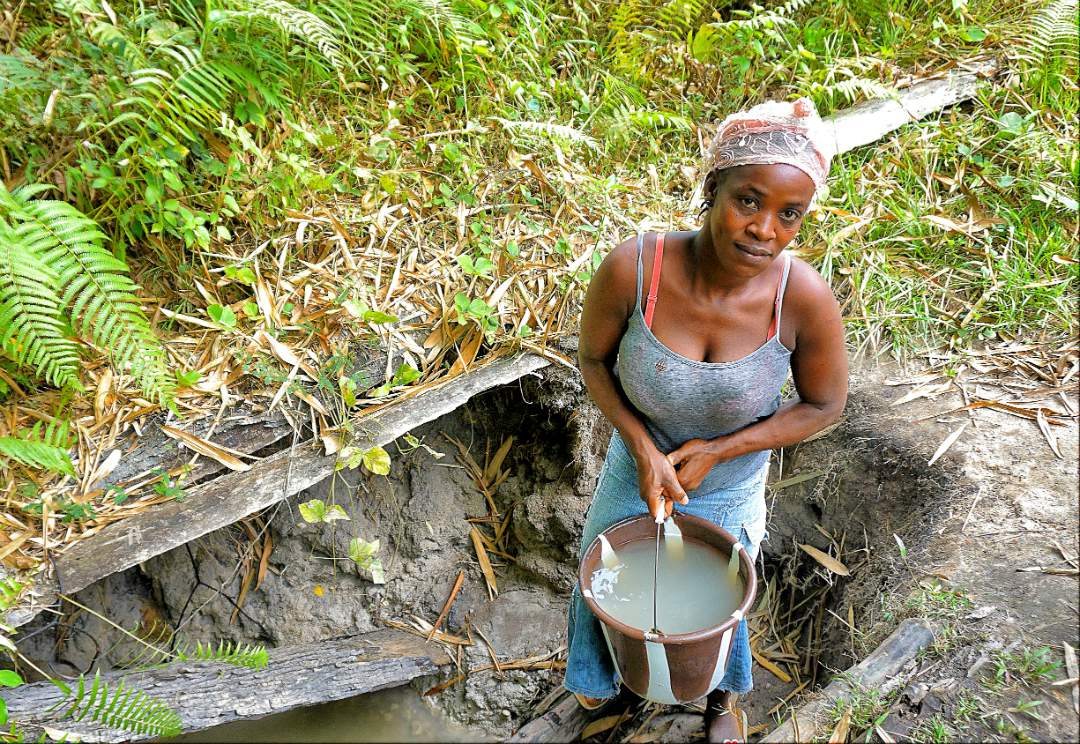 Rescue Women Liberia is a non-governmental organization established in 2015 by group of gender activists. The organization is involved in promoting basic human rights of women including access to justice, sexual and reproductive health, combating gender-based violence, and promotion of clean water and sanitation. Currently they do not have funding, but have been involved with voluntary community service in health education in communities and schools, awareness on gender based violence in and around Montserrado County.

The project is likely to have considerable impact. Fifty people will be trained, and four ongoing workshops set up and equipped. Health and employment will immediately improve among the 50 families. Taken together, the four groups have substantial contacts with NGOs throughout Liberia, with demand for Filters likely to be high among their constituents. The four groups will also have considerable contact with small community-based organizations throughout the country.

There will be a significant reduction in waterborne illnesses, increased employment, and new small business opportunities generated. The four groups, taken together, should be able to create significant synergies in the development sector. 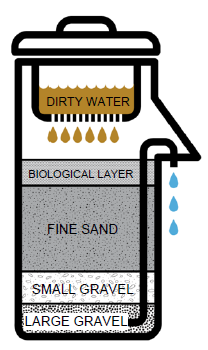 Person Directing
The training will be directed by Friendly Water for the World Technical Advisor Wayne Medrud, with assistance from Alisa and Ken Malloch, both of whom has significant experience with missions in sub-Saharan Africa. Philip Quoqui, Director of AVP in Liberia, will serve as interim country coordinator.

Each group will have a trained monitor to visit homes post-installation and keep records. A first report from each group will be due 90 days after they start operations. Following the reports, each group will meet to adjust their business plans as appropriate. The coordinator will keep track of the activities of the four groups.

The joint training and operation of these four groups together create an opportunity to make a real difference in the lives of the long-suffering people of Liberia.

This project has been funded by an anonymous donor. Please donate to Water Charity to allow us to expand our efforts in Liberia.