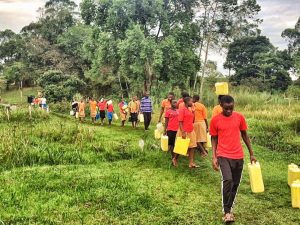 Community Description
The pump project will serve five communities, including three schools, one novitiate, and the Bannakaroli Brothers Community. The names of the schools are St. Joseph’s Secondary School (coed), Sacred Heart School (boys), and Kiteredde Vocational Institute (coed).  Students in the three schools range in age from 12 to 20 years old.  Girls form the majority of the population in the two coed schools.

Problem Addressed
The current surface-type water pump was installed ten years ago.  Since then, the population of the institutions has doubled while the capacity of the pump has remained constant. Presently, the pump can’t produce enough water for the total population in the area. As a result of this situation, the only alternative water source where the Brothers and students draw water is highly congested with poor sanitation.  To make matters worse, during the dry spell these water sources dry up.  There is a major need for installing a submersible pump which will reach down to the water table and provide a clean and adequate water supply for the Brothers’ Community and the schools in the area. 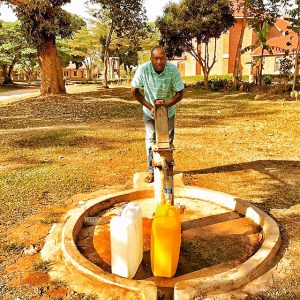 Project Description
Water system: There are five institutions, which will share in using the system: a secondary school, a secondary technical school, a vocational school, a novitiate, and the Brothers’ residence.  The system will consist of the following components:

1.  Water Source:  The water will be pumped by the submersible pump from underground through a borehole to an existing well, which has a reliable water table, which will meet the needs of the project.

2.  Characteristics of the well:  The present well will not change.  The engineer will only remove the galvanized pipes and the manual pump and replace them with plastic pipes and the submersible pump.  The present borehole was constructed in such a way that it can be used either manually or using a motor pump.  Therefore, there is no need to enlarge the existing borehole.

3.  Main Tank:  Water from the underground will be pumped through the transmission pipes into the main tank.  From the main tank, water will be distributed to different institutions by gravity flow through the pipe network, which is already in existence.

4.  Submersible Pump: The engineer will install a Grundfos submersible pump with an output of 5,000 liters per hour, which is both reliable and powerful enough to pump water for the whole community. 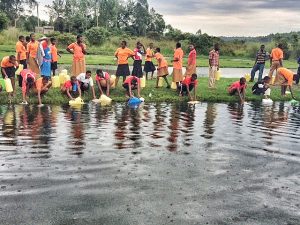 5.  Network:  This is composed of pipes, which distribute water from the main tanks to various areas of the community.  The network includes one reserve tank for each of five communities.  The tanks now in place are old and need to be replaced.  These will be replaced later when the Brothers obtain enough money to do so—probably through fundraisers organized by the Brothers of St. Charles Lwanga Foundation in Chicago.

6.  Power Source:  Electricity from the national power line will be used to run the pump.

Storehouse:  There is a need for a small storehouse where spare parts can be kept. This house is also necessary to protect part of the pump system including the switch, electric wires, and water meter from bugs, weather, and children.  The funds necessary to construct the house will be paid by the schools. 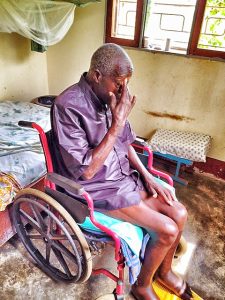 Monitoring and Maintenance
The maintenance and sustainability of the project will be the responsibility of Kiteredde St. Joseph’s Secondary and Technical school management committee and administration. According to the engineer, the average cost of maintaining the pump is around $55 per month. This expense will be included in the overall annual budget of the school, which will be paid for through school fees charged to the parents. Since the Bannakaroli Brothers administer the schools and their own community and novitiate, they will bear practically all of the responsibility for the implementation and the administration of the project.

Comments
The Bannakaroli Brothers Community with the help of the engineer will oversee the implementation and administration of the project.

James is a Returned Peace Corps Volunteer who was posted in Piura, Peru from 1966-68.
This project has been funded by an anonymous donor.  If you like this project, please donate to our East Africa Water and Sanitation Program, of which this project is a component.