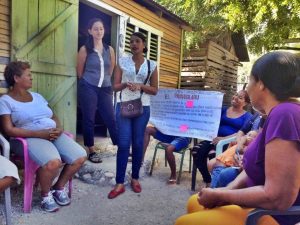 Most family income is from foreign remittances from Spain and the U.S. There are some local jobs in agriculture, mostly plantain, bananas and coffee plantations in the mountains, transport (for example local motorcycle taxis), and small food businesses on the main road.

There is one high school and three primary schools. There is a small 20-bed hospital with emergency room and 2 local government clinics in town, all which constantly suffer from lack of supplies and resources. There are a firefighter station and police station in town as well.

Problem Addressed
This community is built on an incline. The highest point of the incline is the Neiba mountain range and at its lowest point in Lago Enriquillo, the deepest point in the Caribbean. The main source of water comes from the mountains and flows down into town through a series of manmade canals. The majority of residents use these canals as their principal source of water. This becomes problematic with increasing water contamination that takes place.

Many residents in the poorest barrios of town, which happen to be located at higher points on the incline, openly defecate on their land, as they do not have any access to sanitation in the home.

When it rains, waste often gets washed down and enters the canals, which in turn contaminates the water of not only the poorest barrios, but all the barrios located at lower parts of the incline as well.

Residents use this water to bathe and clean the home. Sometimes it is used to drink, although it is looked down upon. This results in high incidences of waterborne and fecal-orally transmitted illnesses in the community, especially among children.

To combat this issue of contaminated water in the community, community leaders have decided it is best to focus on the poorest barrios in the community called El Zero (subsector Los Guandules). These poor barrios seem to be the source of the problem, as they have the largest population of residents without any access to sanitation. 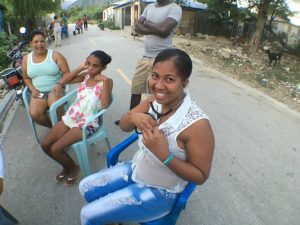 Project Description
This project is to build 4 additional latrines.

The barrio has an established neighborhood association, consisting almost entirely of women, who are the individuals leading and requesting the funds for this project. They have experience carrying out community projects in the past and working with the local Peace Corps Volunteer, including on a home gardening project, an income generation project making floor cleaner and a previous latrines project.

Earlier this year this neighborhood association successfully carried out a latrines project with the support of the local PCV. They conducted interviews for all potential beneficiaries and carried out a required health and hygiene course with support of the local doctor and PCV. They also capacitated beneficiary family members alongside a professional latrine mason so that they gained skills in constructing latrines, potentially helping them to find work in the future and giving family members reason to take good care of the latrine knowing they participated in constructing the latrine themselves.

Fifteen families were able to participate in the project earlier this year, which was funded by Friends of the DR. Originally more families had wanted to participate, but were not selected for the construction phase of the project due to all funds being used.

There are 4 families that had optionally participated in the health, hygiene and latrine maintenance course but they could not be assisted with the construction of the latrine in the home. These families have already made their hole for the latrine, and some have started collecting local free materials in hopes of being funded for the remaining materials. Sand, for example, is naturally present in parts of the community and can be collected by the families, counting as a contribution to the project.

The families, who pay for the mason themselves, or use a trained family member, if one is present, are the ones who will do the work.

With the funds of Water Charity, the remaining materials, including zinc, wood, and nails, will be purchased for these families to finish their latrines.

Project Impact
110 people will benefit from the project. 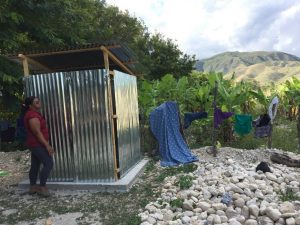 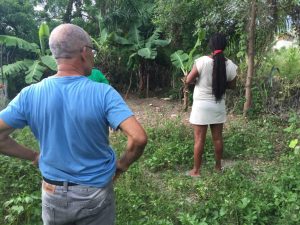 Monitoring and Maintenance
Multiple visits are carried out during the construction phase.

To monitor the impact of the project, the Junta de Vecinos does follow up visits with the beneficiary families. They are required after the first 6 months after latrine construction is completed and after 1 year of its construction as well.

The families have already received a session with a trained mason on the construction and maintenance of a latrine as well as the health and hygiene course (they participated in hopes of receiving a latrine, after being cleared in the eligibility interview, but knew a latrine was not guaranteed). They will be provided a refresher course to insure they remember best practices for maintaining their latrine and health and hygiene basics.

Having a mandatory educational component, with principal educators being locals, helps to drive home the idea that learning increases the likelihood of behavior change more so than simply dropping off a tool without showing individuals how to use it.

In addition, the latrine superstructure is made of zinc. This helps in the future because when the latrine hole eventually fills up, the upper covering part can easily be moved to another hole (as opposed to a cemented structure latrine which couldn’t be relocated after the hole fills up).

Comments
The main reason this project is sustainable is that it is carried out by a local association that have close ties to the community (they live in the very same barrio) and have experience carrying out such projects. Giving these women leaders the experience of bringing development projects to their town provides them with more credibility in town and reason to continue carrying out similar development projects of great need.

Funding
This project has been funded through the generosity of the Paul Bechtner Foundation.