About four hundred people make up the town and its surrounding areas. Like many rural Salvadoran communities, the majority of people live very modestly, working in agriculture. The main subsistence is the cultivation of corn, kidney beans, sorghum, fruit and livestock. 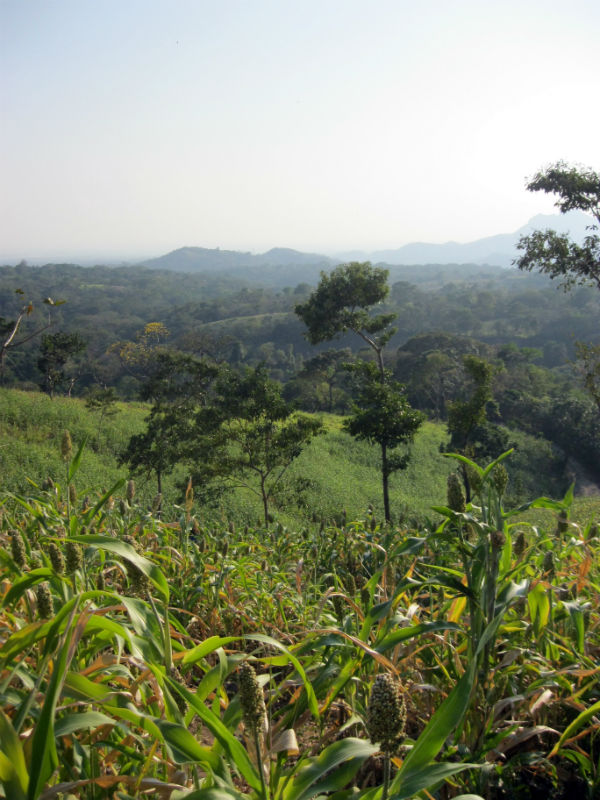 Although the community is very small, the school boasts an enrollment of around two hundred fifty students, most of whom walk or bus in from nearby towns. Fifteen years ago a highway was built right outside of Amulunco which led to a huge spike in population. The population growth has been vital to the town’s development, but has put a lot of stress on its natural resources.

Each town is divided in two or three sectors, each receiving running water one day a week for a few hours. This is often not a sufficient amount of water to sustain the average Salvadoran family for an entire week. Most people are forced to haul water or wash their clothes in a river a few kilometers away.

There are two, three-room schools in the community. (One was added after the population increase to house all of the students). Like the rest of the community, the schools only have running water once a week.

Each school had a water tank, but with the record-breaking rains that flooded El Salvador in October 2011, one of the water storage tanks fell and broke during the storms. The water tanks are/were connected to the pipeline, but are unable to fill up or store any water for later use. As they are the only source of water in the schools, water is used quickly to drink and wash hands. 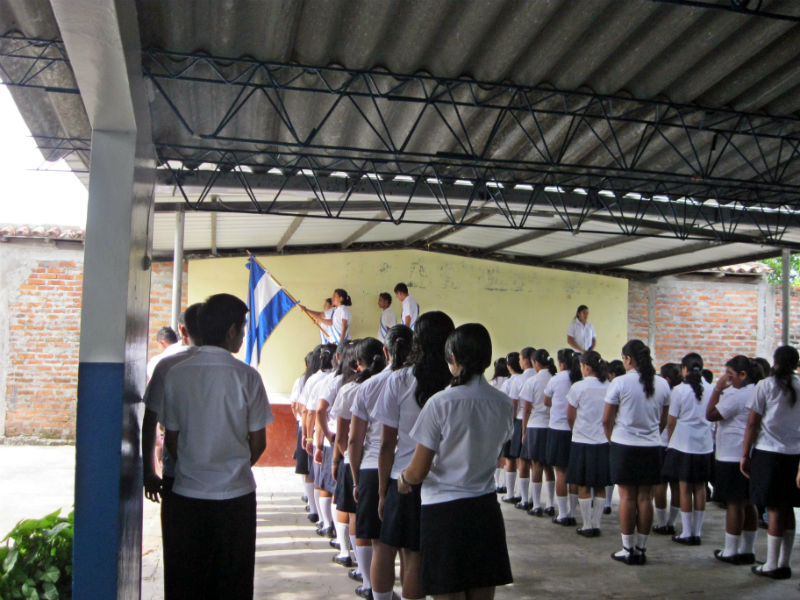 The project will be implemented under the direction of the Asociacion de Desarrollo Comunitario, Cantón Amulunco.

Project Impact
This project will benefit the 250 students, 7 teachers, and 3 school cooks.

Comments
With new filters and tanks full of rainwater, students will be able to wash their hands and have potable drinking water every day during the school year. In addition, the school “cafeteria” will have an ample supply of safe water to be used for cooking.

Dollar Amount Needed
$0.00 – This project has now been fully funded through the generosity of Rachel Rajput, of San Francisco, CA, USA, with the help of friends and family of Peace Corps Volunteer Mariel Frankl, with additional amounts for future projects.

We encourage others to continue to donate using the Donate button below, and we will notify Mariel of your donation. Additional funds will be used to fund the next project by Mariel and/or those of other PCVs in the country of service.