This project has been completed under the direction of Peace Corps Volunteer Conor Byrnes. To read about the beginning of the project, CLICK HERE.

The project was to provide running water to 25 compounds, the health structure, and the site of the future mosque.

A summary of Conor’s report is as follows:

We’re happy to report that thus far the Water Charity sponsored clean water project in Agnam Tonguel has been a resounding success. The originally planned 550 m pipeline was installed by mid-January.

With extra funds after adjusting materials, we were able to extend a smaller pipeline (32 cm diameter) to a local mosque, bringing our public access points to three. The central mosque, the health post, and the mosque near the main road all offer access to clean water for over 500 villagers. 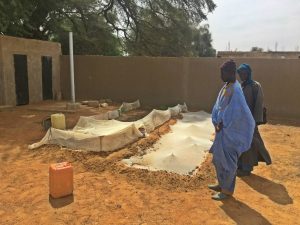 The main line, running through the heart of the village, has 14 connections established, with more planned for the near future. The early output is promising, and creates a framework for greater project development. With clean running water, we now have the ability to develop at-home hand washing stations; with increased access, we can effectively strive for behavioral adaptation. We have the ability to create small, sustainable home gardens, along with a larger garden we’ve begun in the walls of the health post (so far, we have 6 crops in cultivation). We’ve begun teaching financial planning, in order to help families plan to pay for their faucets; we will teach small business skills when gardens flourish to capitalize on opportunities to sell any surplus.

Thus far, the tangible work goals have been achieved, although there is much work left to be done, and there are definite dreams of future expansion. More importantly the project has excited the village with an air of optimism. It’s amazing how a resource so easily taken for granted in a developed country, like running water, can provide people with greater opportunities for health and wealth. “We can do so much more” seems to be the general sentiment of the villagers, now with an expanded sense of self-efficacy. It seems to represent to the village that development is occurring, and occurring in a direction that they have chosen and worked for.

The community has been proud of the work they have put in and, I believe, feel a great deal of ownership over the pipeline. It was their sweat that produced the trenches, and their hard-earned money that paid for the individual at-home faucets. The effort and enthusiasm invested are clear indicators that this project is sustainable and necessary. The women especially have a renewed confidence, as the majority of their daily grunt work, pulling and hauling water, has been reduced greatly.

The initial objectives do not vary greatly. Perhaps we have lessened the emphasis on water storage and treatment, which are at the base of this project, because these behaviors the village already has integrated. There will still be small sessions on the topic, but it doesn’t seem to be the piece most vital in facilitating positive change. Advances in health will be made more from hand washing and access to nutritious foods.

We have taken funds to build advanced handwashing stations at the health hut and elementary school, and are making a great push to emphasize the consistent use of soap from an early age, so as to instill the habit. A WASHaLot, a German designed handwashing station that is cost-effective and provides easy access to multiple persons, was recently finished at the elementary school.

In summation, the original objectives remain the same, and there is enhanced ability to achieve these objectives with enhanced access to running water. In a future project, we aim to access the women’s garden on the east end of the village, while bringing the piping past more densely populated areas. With continued communication and support, I firmly believe that the overall vitality of the village, in terms of health and wealth, will organically grow.

We are grateful to Conor for completing this important project. We again extend our thanks to the G3 Foundation, of Costa Mesa, CA, for providing the funding. 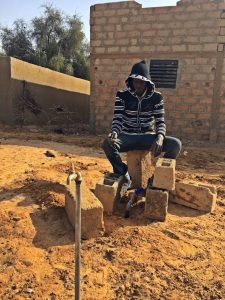 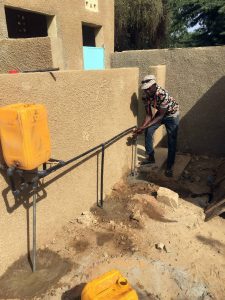 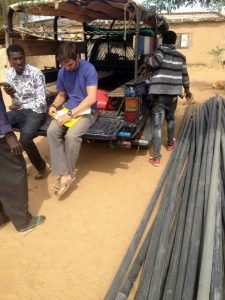 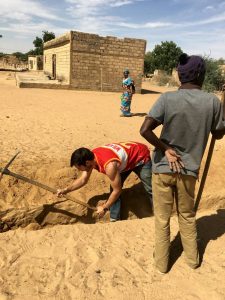