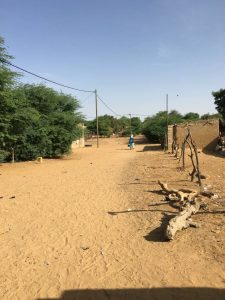 Community Description
Agnam Tonguel is a rural community situated along the national route N2, between the larger cities of Taredji and Ndioum. It is primarily a farming community, using a tributary to the Senegalese River to irrigate the fields and relying on rice and vegetable production for economic security. Being in the region of Podor, the environment is incredibly arid.

The people of Agnam have always presented their largest challenge as access to water. There is water for farming in the form of a tributary, one kilometer away, but no source of it locally aside from well water. The water table is not deep, and fortunately, local wells are abundant (9 total).

Problem Addressed
The consistent need has been expressed and demonstrated for an improved water system, coming in the form of running water at local faucets. The current water sources are not adequate for multiple reasons. Primarily, the wells remain uncovered. This exposes wells to contamination, via bird droppings, trash, or buckets/ropes that are lost into the wells. Women pull water two to three times per day, typically in incredible heat. The demanding physical labor inherent in pulling water commodifies water in the village.

There is a purely economic usage of water in the village. It is for bathing, drinking, and ritual washing, but there is no water for critical health activities, such as handwashing with soap, and micro-farming, in the form of gardens and agroforestry.

The local health post, used by villagers for check-ups, health talks, and delivery of babies, has no running water. This presents unique challenges in promoting effective health behaviors. Doctors and health extension workers cannot wash their hands before or after working with clients, and running water isn’t available for delivery. This makes the procedures far more prone to complications.

The site of the future mosque also has a need for running water, as it is the site of daily ritual washing. The mosque is also an economic force in the village, which will be able to provide access to running water for families who do not have individual faucets. 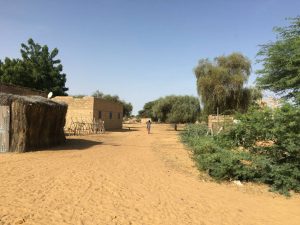 Project Description
This project is to provide running water to 25 compounds, the health structure, and the site of the future mosque.

The project includes the installation of the main pipeline, terminal points at the compounds, faucets for the healthy structure and mosque, and counters to measure water usage.

The new Agnam Tonguel mainline will tap into a major water line, running along the N2 highway and coming from the Mboyo Djeri pump-house, less than 2 km east. Mboyo Djeri has given full approval for Agnam Tonguel to use this water source, and a one-time fee of 50,000 CFA was paid in early 2016 for access to the water on the east side of the village.

The new main pipeline of Agnam Tonguel will be PVC pipe, 110 cm in diameter, which is sufficient to provide adequate water flow for the entire village to be outfitted with faucets.

A trench fitting this large pipeline will be built by a professional digging team and aided by village volunteers. The trench will extend 550 meters from the access point near the highway, through the heart of the village and finishing slightly upslope at a cluster of compounds. Agnam Tonguel volunteer diggers will also create two smaller trenches, one leading to the healthy structure and one to the mosque site, of 100 meters and 50 meters respectively, as part of their in-kind labor contribution. These two branching trenches will be fitted with smaller pipes for the two individual public faucets. 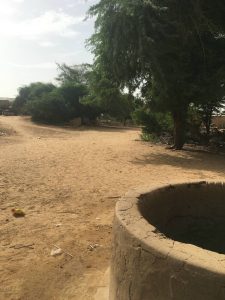 After pipes are lowered into the earth and connections are established and proven to be effective, the professional team and Agnam volunteer team will cover the subterranean pipe network. The large pipe will be capped at its terminal point, near the northern edge of the village.

The master plumber will provide private faucets in compounds that have cash prepared at the time of initial installation, although these individual pipes are not to be paid for with project funds. The plumber will continue to maintain communication and work in the village, as individual families accumulate enough money to pay for their branches.

The village is providing the land for the project and will pay nearly half of the master plumber’s fee and the fee of the work supervisor. The homes along the main road of Agnam have also agreed to host the laborers for the extent of their work in the village, where they will be provided three meals a day. Finally, a large sheep will be offered by the village, in proportion to the size of the project, to be sacrificed and eaten at the inception of the digging, as is a tradition in nearly all Muslim communities.

Workshops will be given on the storage of water, handwashing, and water treatment for drinking, as well as the economic benefits of farming.

Project Impact
Over 2,000 people will benefit from this project, including 275 in individual compounds, and the people who attend the public facilities.

Monitoring and Maintenance
The community has plans in place to pay for their individual water bills, along with those faucets which will be open to the public. This will ensure that funds are available to maintain and repair the improvements.

Total Amount Needed
$0.00 – This project has been fully funded through the generosity of the G3 Foundation, of Costa Mesa, CA, USA.

Additional donations will be allocated to the Senegal Country Fund for use in the next Peace Corps project. 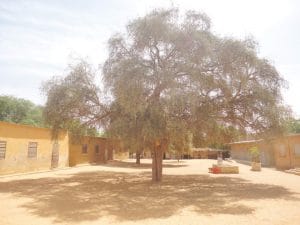