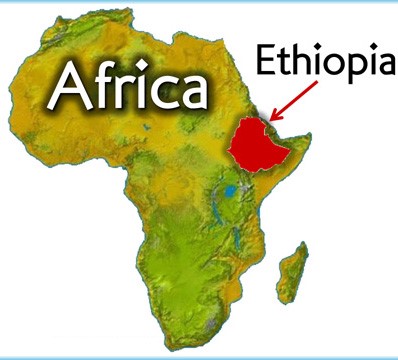 Location
The village of Adulala is located in the Arsi Negele District of the West Arsi Zone in the Oromia Region.  It is situated in the Great Rift Valley of Ethiopia approximately 240 km south of Addis Ababa.

Problem Addressed
In Ethiopia, some of the most vulnerable people in the world cope with polluted drinking water, extreme poverty, tribal fighting, recurring droughts and failed development policies.  Within the Ethiopian patriarchal society, the voices of women and girls, in particular, are customarily silenced and burdened under daily hardships such as hauling heavy containers of water or firewood over great distances.  They also endure other forms of abuse.

Hope is rekindled when people like Mamay emerge out of the dust of impoverished communities like Adulala in southern Ethiopia.  Mamay is a mother of 8 children and has proven herself as a leader of the Water Use Committee (WUC) that manages the productive drinking water-well constructed near her home in 2009 by Water is Life International (WiLi), with whom Water Charity has done a number of projects over the years, including quite a few wells in Ethiopia.  Mamay also has demonstrated leadership as a member of her Sustainable Living Team (SLT) and in turning her small plot of land into an income generator for her family by applying principles and practices of conservation agriculture. 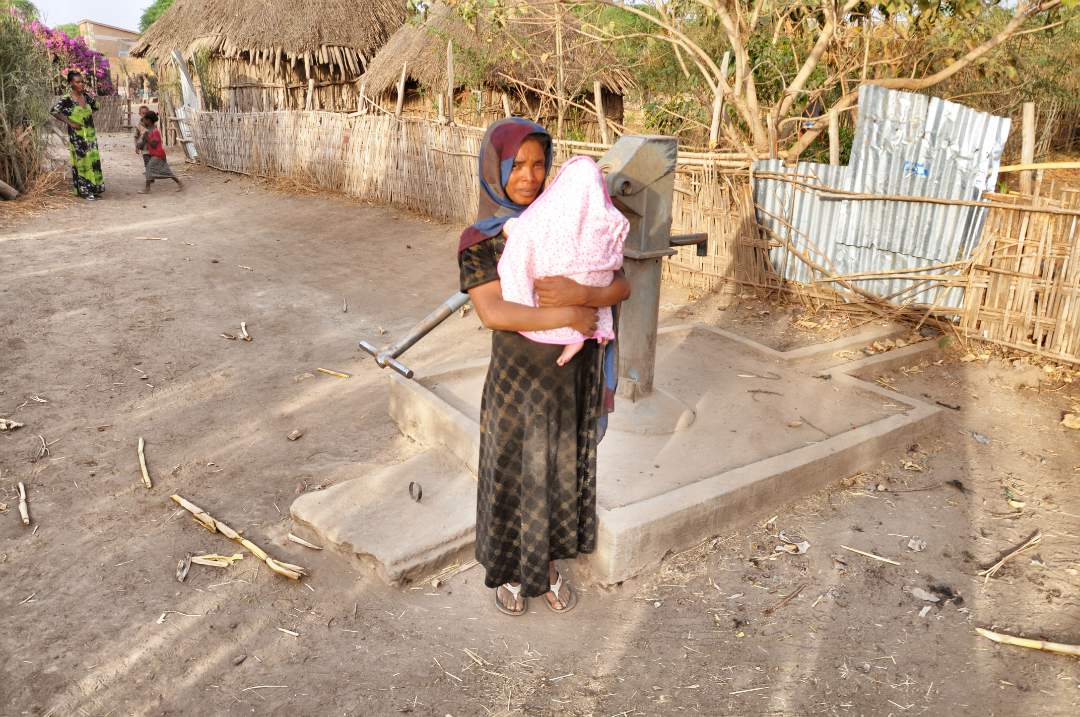 While the well is productive, the Indian Mark II pump is over-used to supply water for up to 1,000 people and is subject to frequent breakdowns.  The pump is currently broken yet again so the community is requesting the installation of a solar pump, storage and distribution system.

Project Description
This project is to build a lasting solar water pump & water storage solution in partnership with our friends at Wine To Water. The WUC will be providing labor from the community as an in-kind contribution and will be charging a small user fee to have funds available to conduct maintenance and repairs as needed.

The region is characterized by three climatic seasons. The long rainy season extends from June-September and is known locally as “Kiremt” or “Meher” and is primarily controlled by the seasonal migration of the inter-tropical convergence zone (ITCZ).  The dry period or “Bega” extends between October and February when the ITCZ lies to the south of Ethiopia. During March and May, the ‘small rainy’ season or the “Belg” occurs. The rains are very erratic and the area suffers from chronic and acute famine conditions frequently.   However, sunshine is abundant even in the rainy season which makes the area suitable for solar power generation throughout the year. 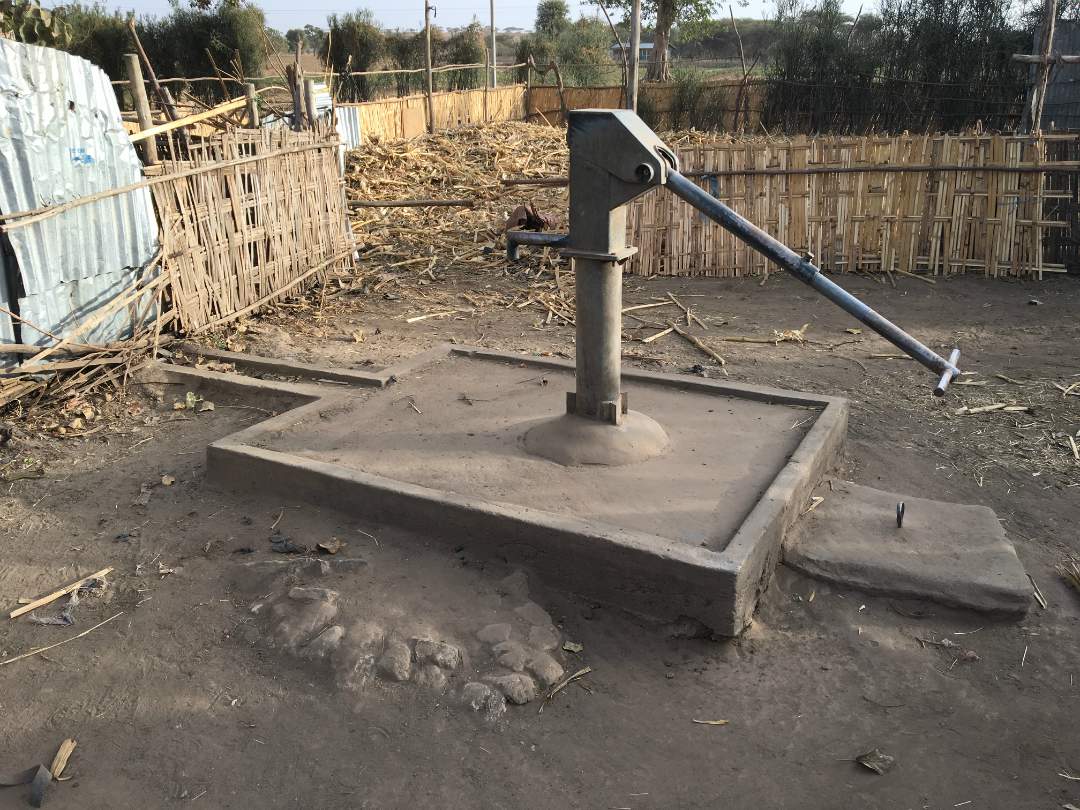 After meeting all the drinking water needs of the community, excess water can be used for irrigation in small garden plots like Mamay’s to produce locally available food, particularly during times of drought and famine.  This will greatly increase the resiliency of the community to handle the shifting climatic patterns.

Solar powered groundwater pumping systems have become practical and affordable solutions in Ethiopia where the power grid is unavailable or unreliable and the cost of drilling new wells is high.  They are also easy to install and maintain with a life expectancy of approximately 20 years.  Rather than continuing repairs, replacing the hand pump or constructing another well to reduce pressure and over use, the economic advantage belongs to installing the solar system.

Maintenance & Management
The WUC, in cooperation with the local Water Bureau, will be responsible for maintenance, fencing, and overall management and protection of the system.

Project Impact
​​The entire village of more than 1,000 people benefit directly.  The entire region benefits over time, with immediate benefit to all who consume the extra produce generated.

Note
​While the cost of this project per person served is far higher than our standard, it is also a model for helping communities switch from the traditional handpumps, with their frequent need for repair and upkeep, and their slow delivery system which forces the women to queue up with their jerry cans and wait to pump water… which they then have to carry home. 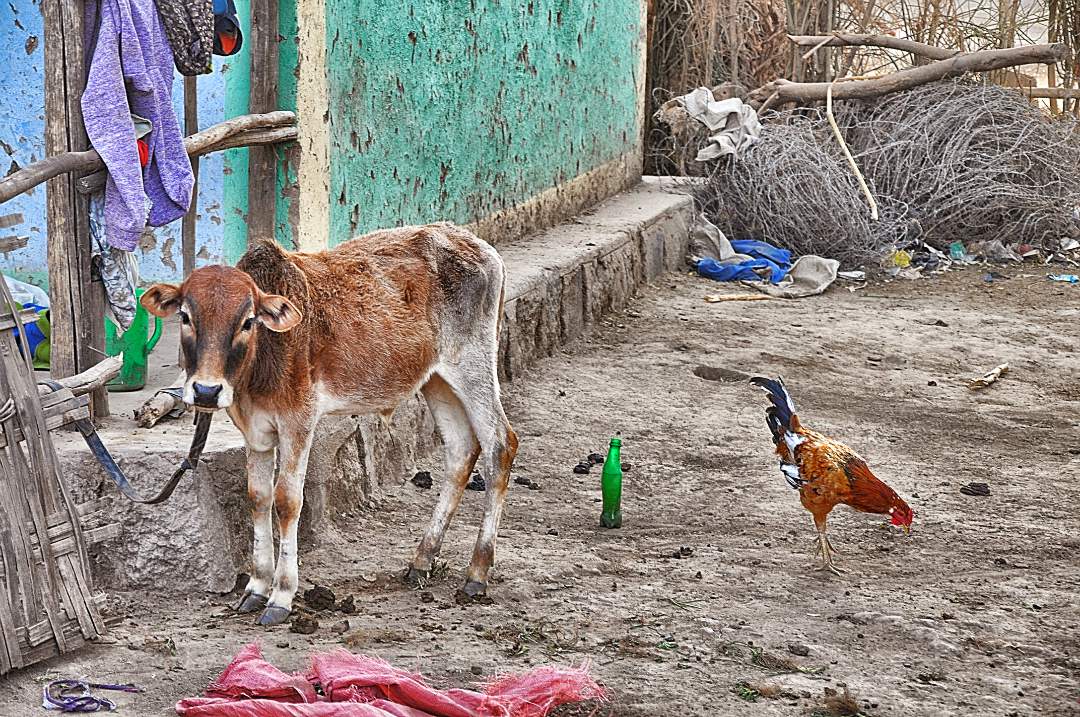 The cost of these projects will come down, especially once people see them in action and the demand for them increases.  In this way, this project will serve as a foothold for the technology, and a proof of concept.  It provides the local population with a sustainable and superior solution which will save untold hours of labor over time… not to mention allowing the village to expand its capacity for agriculture.

Sadly, as with nearly every project done in Ethiopia, there is a governmental tax of 15% (in addition to a lot of red tape and regulation) which added to the cost of the project.  Considering the fact that organizations like ours are coming in and doing things, that in a more perfect world, they should be doing for their own people… one would think they would be happy to see international development aid, and not only get out of the way, but do their best to encourage and support it.  Unfortunately, this is not the case.  They just look at it as an opportunity to collect funds from foreigners, while continuing to do next to nothing for their suffering and impoverished citizenry.  People in villages like Adulala are mostly on their own, generally speaking.

The funds to implement this project have been advanced by an anonymous donor.  Your donation using this Donate button will allow us to continue to do great projects in the region. 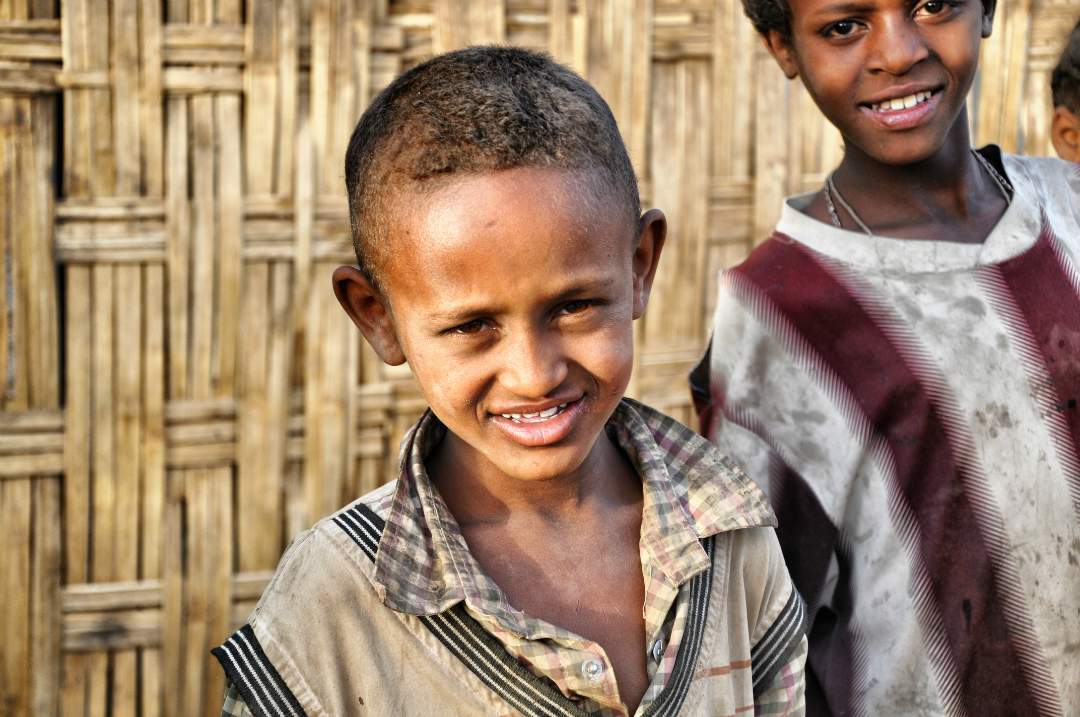 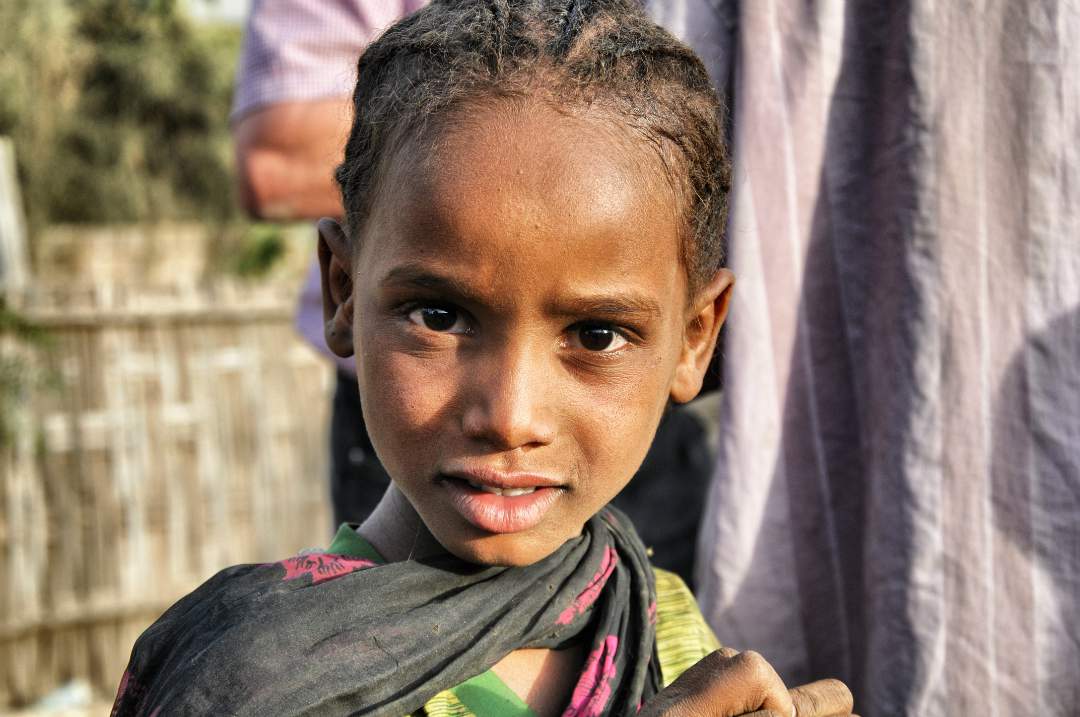 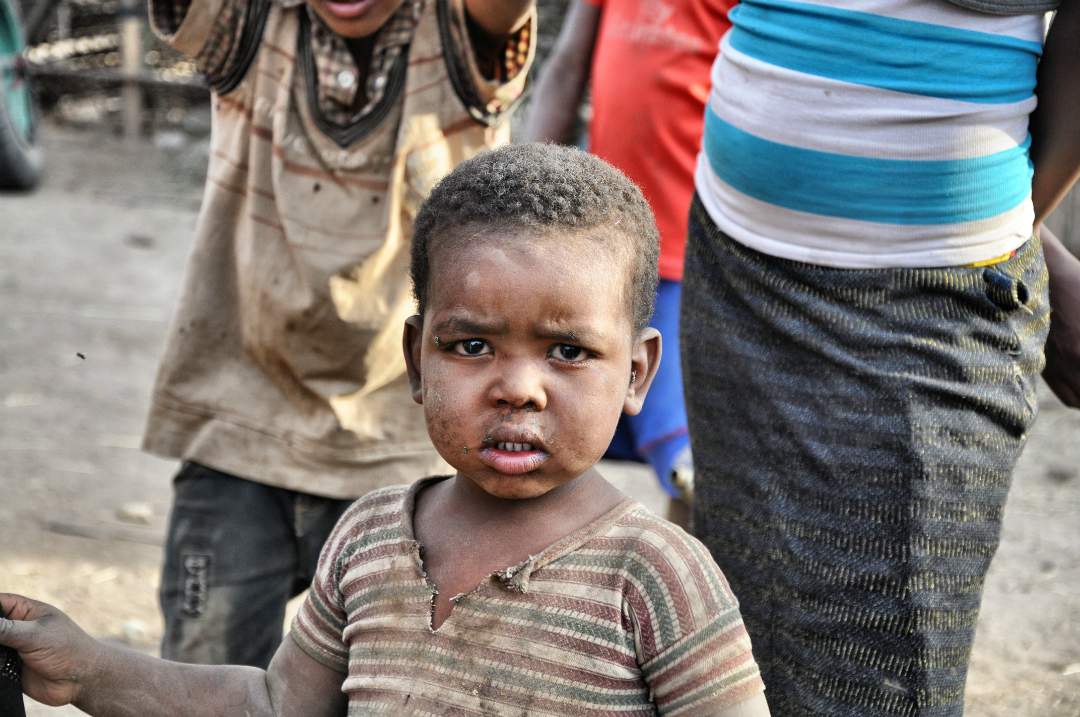 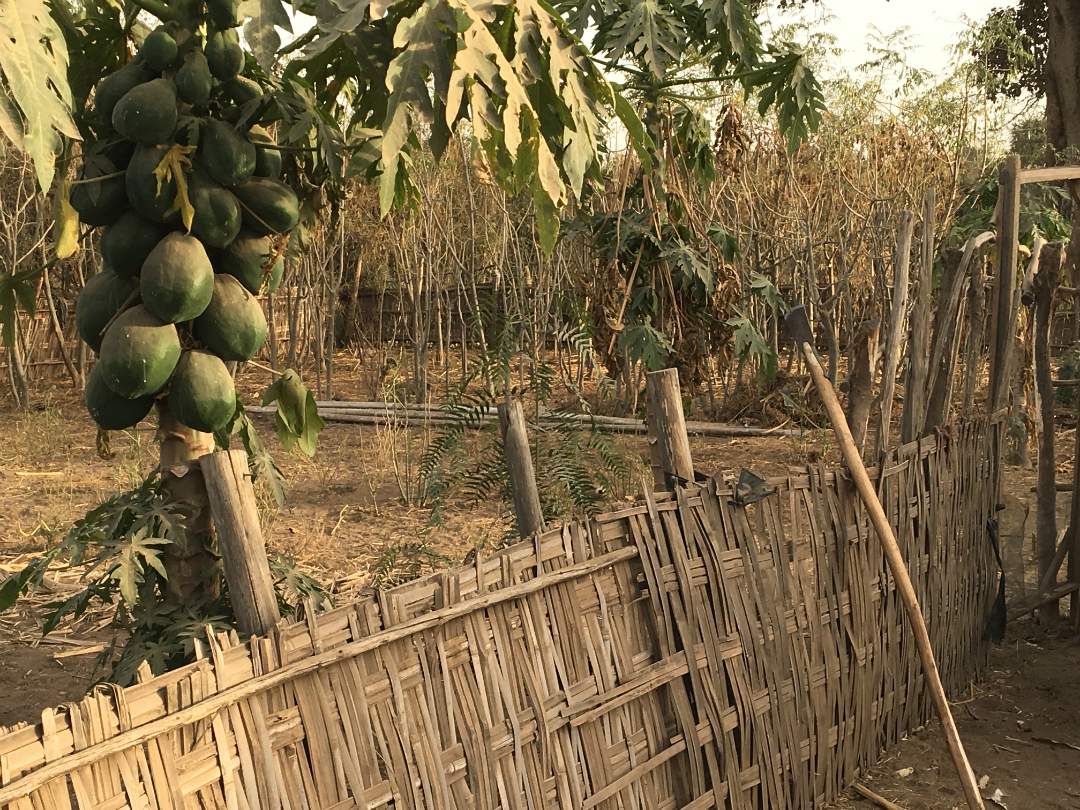 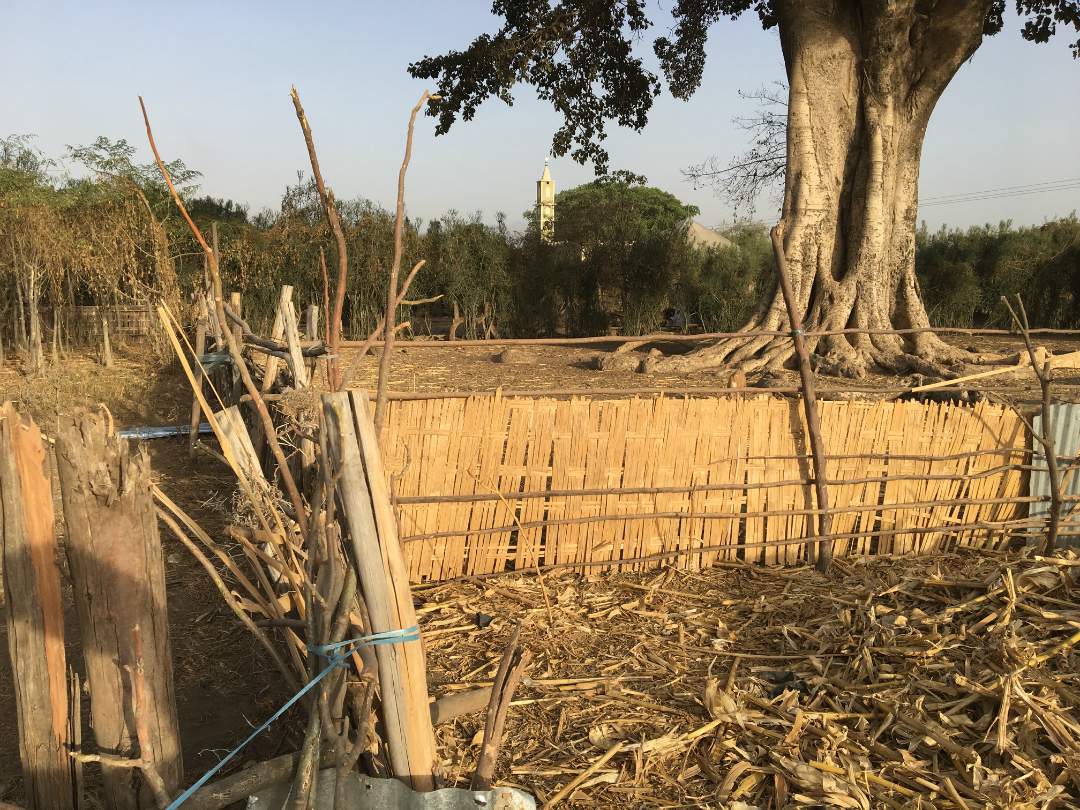